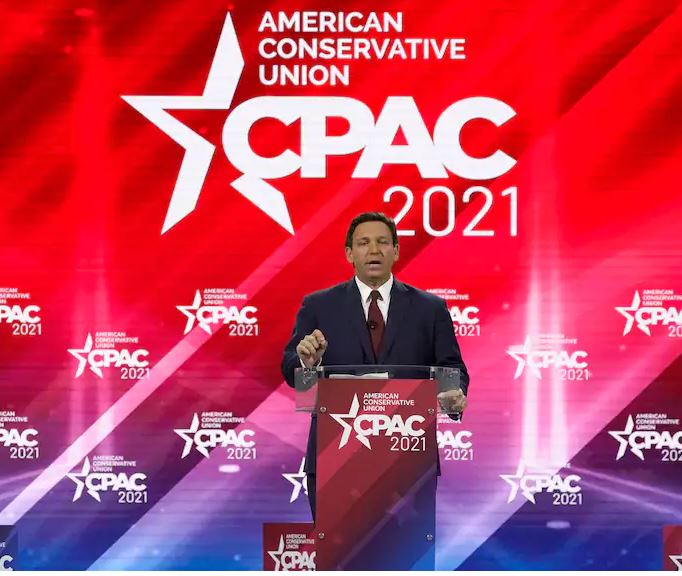 Something remarkable happened in Florida this past Election Day: A state long lampooned for its ballot bumbling simply added up its votes and secured a winner, Donald Trump, not long after the polls closed. The election efficiency felt like a miracle.

“Florida is a model for the rest of the nation to follow,” Gov. Ron DeSantis, a Republican, tweeted proudly the day after the election. He told reporters that Florida might have at last “vanquished the ghosts” of the 2000 presidential election, when confusing ballots, malfunctioning machines and “hanging chads” ultimately required the Supreme Court’s intervention.

For DeSantis, the state’s 2020 performance was a double-barreled victory — a smooth election and a major swing-state win for Trump, even though the president ultimately lost the election.

But that apparently wasn’t good enough for the governor and Florida’s Republican statehouse leadership. They now want to “reform” the state’s electoral system, particularly mail-in balloting. An election reform bill, which has already cleared its first committee, and a plan promoted by DeSantis, would make it harder, not easier, for voters to obtain ballots and then drop off or mail them. Turns out, suppressing the vote in Florida is still more tantalizing to Republicans than facilitating the vote.

Why weren’t DeSantis and his GOP allies satisfied with the state’s 2020 election performance? For one thing, the national Republican Party, which continues to indulge Trump’s vote-fraud fantasy, issued marching orders, and Florida quickly fell into lockstep. Thirty-two other states, including Georgia, which voted for Joe Biden and elected two Democratic U.S. senators, are pushing election overhauls this year that would make it harder to vote, according to the Brennan Center for Justice.

In a speech Sunday at the Conservative Political Action Conference in Orlando, Trump doubled down on these de facto voter-suppression tactics, or as he prefers, “comprehensive election reforms,” including voter-ID laws, increased citizenship checks and a single day for voting.

In Florida, hardscrabble local politics — and brazen self-interest — are also at play. Many more Florida Democrats voted by mail last year — 45 percent (2.1 million) compared with Republicans’ 31 percent (1.4 million). Considering that DeSantis scraped out a win in 2018 by 33,683 votes and is running for reelection in 2022, he won’t want to take any chances. Then there’s 2024 to consider: On Sunday, DeSantis finished second only to Trump in CPAC’s presidential straw poll.

The Florida bill would force voters to request a ballot every calendar year if they want to vote by mail. Typically, requests for mail-in ballots cover two election cycles, or up to four years. The legislation also specifies that anyone who received a ballot last year must reapply. DeSantis’s plan would take this a step further by allowing only voters or their immediate relatives to handle a ballot, making it harder for the homebound or disabled to mail or deliver their votes.

“Why not try this?” asked state Sen. Dennis Baxley (R), who introduced the Senate bill. “It may invigorate participation.” That’s a novel idea for Baxley, given his sponsorship of a 2007 bill that had expanded the use of mail-in ballots. Asked what his thinking was back then, Baxley said he could not remember, but “lots has happened in 13 years.”

That is true; Republicans now hold even more power in the Tallahassee statehouse, making it all the easier to flick away Democratic accusations of partisan foul play. They focus, instead, on future election “security” — even though, as Daniel Smith, chair of the political science department at the University of Florida, told me, “The only fraud in Florida in the 2020 election is the claim that there was voter fraud.”

Florida’s move to make mail-in voting more difficult is a head-scratcher for other reasons. Republicans seem to have forgotten that 2020 was an aberration. Since the early 2000s, more Republicans than Democrats have embraced the convenience of mail-in ballots, Smith said. Democrats, particularly those in the Black community, prefer in-person voting.

Last year, the preference flip-flopped, likely because of the pandemic but also because of Trump’s ceaseless proclamations that mail-in ballots would be stolen, lost or destroyed.

Florida Republicans, though, just can’t resist dreaming up new ways to suppress the vote. The state famously denied most former felons who had completed their sentences the right to vote until voters forced a change in 2018. Republican lawmakers quickly threw up another barricade, requiring former felons, a group that is disproportionately Black, to pay court debts before registering to vote. This badly disguised poll tax still hasn’t been overturned.

Past Republican governors have used faulty lists to purge voter rolls, as Jeb Bush did with ex-felons in 2000 and Rick Scott did with noncitizens in 2012, a move that was so flawed it was stopped by his own secretary of state. Scott, now a U.S. senator, also made it a top priority to curtail early voting days in 2011, only to be forced to reverse course after another chaotic election in 2012.