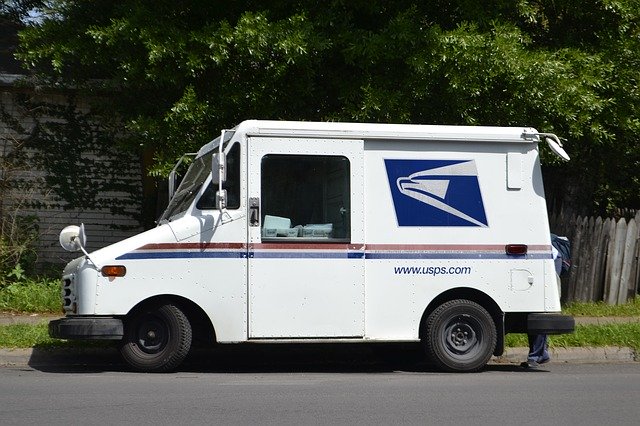 Image by F. Muhammad from Pixabay

Contact your Senators and Congressman now. It only takes a minute.

The United States Postal Service (USPS) is under attack by its own administration. Just as the country is about to embark on an election when vote-by-mail (VBM) is the only safe option for some, the newly installed Postmaster General (and Trump mega-donor) Louis DeJoy has taken steps to eliminate overtime and reduce efficiency. Actions include removing drop boxes and taking super-efficient mail sorting machines offline. This is voter suppression, as intended by Mr. Trump.

Your help is needed.  Call or email Senators Marco Rubio and Rick Scott and your Congressman today. Telephone numbers for all US Representatives can be found here. Tell them you object to the actions being taken by the Postmaster General and President Trump to cripple the ability of the Post Office to deliver mail on time.

If you have a few more minutes, email the Post Office Board of Governors, who are all Trump appointees:

Older than the country itself, the Post Office has one major job – delivering the mail. It is the country’s most popular government agency.  For many Americans, the Post Office is a vital service. It delivers medications and checks to seniors, veterans, and people with disabilities; care packages to the military; bills and payments; magazines and birthday cards; and checks and money orders. And yes, Amazon shipments, which have provided underlying financial support for mail distribution as electronic communication has quickly replaced much, but certainly not all, paper correspondence.

The old, the poor, the lonely, the marginalized people who don’t have access to the Internet or computers (which includes large swaths of rural America and tribal lands that are not served by broadband)…all rely on the Post Office for major parts of their lives. Through its Carrier Alert Program, through which Letter Carriers act as first responders, the USPS recognized 236 Heroic Acts last year. It employs 97,000 veterans, making it our nation’s largest single employer of veterans. The Post Office is a consistent social lifeline for many Americans, especially the lonely, especially right now. Add your voice. Contact your Senators and Congressman now.