School board should not be partisan races 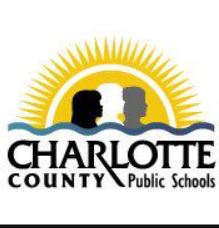 The following editorial was published in The Daily Sun on Dec 15, 2022.

OUR POSITION: A push to make Florida school board races partisan is a step in the wrong direction.

So much so, they are wanting to write it into the Florida Constitution.

It failed to get out of committee in the past, but HJR 31 is coming back like a bad math test nobody can pass.

The bill is being pushed by state Rep. Spencer Roach, a Republican who represents portions of Charlotte, all of DeSoto and some of northern Lee counties. It would set up a constitutional amendment to the Florida Constitution that would make school board elections partisan.

Currently, the Florida Constitution states school board elections are nonpartisan. And why shouldn’t they be? We need fewer partisan elections in the state, not more.

There’s no reason why a sheriff should declare a political party, and less reason for community members running for school boards to do the same thing.

As we’ve seen in Sarasota County, even without party affiliation, partisans have gotten into positions of power to urge on their points of view. There’s nothing wrong with that.

But school boards and local city politics shouldn’t be a stepping stone for the next GOP or Democratic star. It should be where community members who are smart and care about local policies step up and help out.

Republican State Sen. Joe Gruters believes we already have partisanship in school boards — so the Florida Constitution should be changed. In essence, it would be to encourage the party members to run for these seats. We believe he’s right on one level and wrong on the other. There’s nothing wrong with overt politicians being on boards — and clearly, they exist — but these seats shouldn’t be one more playground for the politically impassioned. There’s no reason to alter the Florida Constitution.

Sarasota County Schools Superintendent Brennan Asplen railed against partisanship as he was being ousted as the district’s chief.

He talked about the “political nonsense” where people want to assign affiliations to people they don’t know because of something they saw on social media.

Asplen told the community he’s a conservative Republican — but nobody knew that. And nobody should care, because it’s not about politics when your job is teaching the basics to kids.

“Nobody knows what your affiliation is because you’re an educator and you walk that line and we’re nonpartisan. And that’s what we do. We help both sides — we serve all of our kids,” Asplen said.

Only a small, vocal, partisan percentage wants to make it a political stamp for school board members. And it’s unnecessary along with likely unproductive down the line.

“We’ve got to get the politics out of the school district,” he said, slapping the desk with a pen. “I’m telling you, this school district could be No. 1, but we shoot ourselves in the foot every single time. We are getting in our way all the time.”

If we push for more partisanship on school boards, we’ll get it. The results won’t be great in the long term. It’s a test that will ultimately fail in many ways.