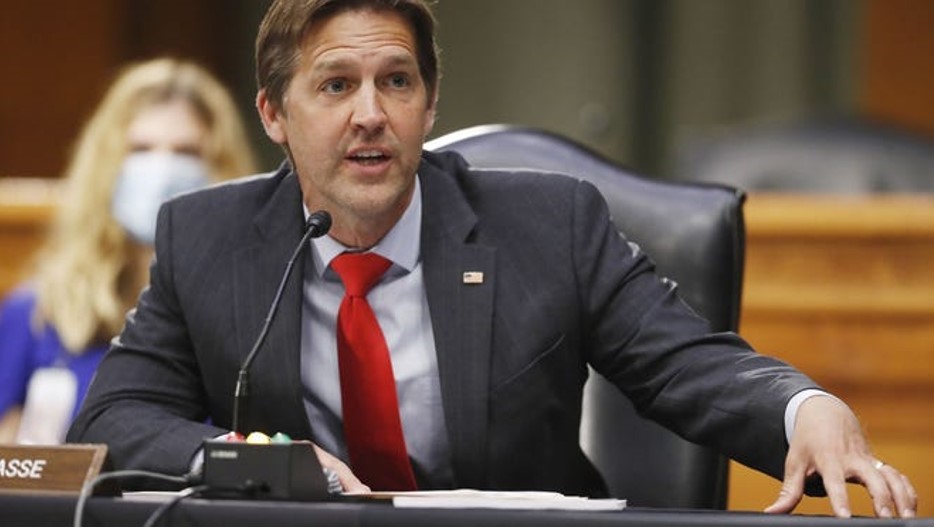 The University of Florida’s Board of Trustees voted Tuesday to approve Nebraska’s U.S. Sen. Ben Sasse as the new president to lead Florida’s flagship institution, despite weeks of outcry, questions about the senator’s political views, and an air of secrecy around the search process that led to his candidacy.

The board agreed to provide compensation for Sasse that would be up to but not exceed $1.6 million. (A U.S. Senate salary is under $200,000 a year.) The overarching Board of Governors, which oversees the statewide university system, will have to approve Sasse’s position. That meeting is scheduled next week.

On Tuesday, the crowd in the meeting room in Gainesville was mostly calm, but when Sasse was approved, there were some shouts of disapproval in the audience, according to people who attended the meeting. The remarks included “F— you Mori (Hosseini)” who is the chairman of the board; “This whole process is bulls—,” and “This is a farce.”

The vote came after public testimony from the UF community and a lengthy Q+A session that covered topics from the future of higher education and academic freedom to tenure and the concerns from LGBTQ+ students and staff.

During the Q+A, Sasse said that he would practice “political celibacy” when it comes to partisan issues leading up to his presidency at the university.

Before the vote, “I was hesitant about the decision to bring in a politician,” said UF Board of Trustee member Richard Cole. “I had been in school here when we did that twice, and I didn’t think it was probably the right thing at the right time. But you’ve (Sasse) overcome that for me. I hope you will for them. I strongly support this nomination. I think it will do terrific job. I really do.”

But the candidacy of the Republican senator has been contentious from the moment he was announced as the “sole finalist” of UF’s presidential search.

“Once again, political meddling has made UF a laughingstock of the academic community,” said Bryn Taylor, a UF graduate student.

“Dr. Sasse spent five years as the president of Midland … where he is widely credited with transforming the institution,” according to the UF announcement of Sasse’s “sole finalist” status in October.

But Midland University is a private institution with an enrollment of about 1,600 students, its website reports. That’s much smaller than the 60,000 students or more enrolled at UF.

An ongoing concern about Sasse’s presidency consideration is how it was conducted.

Last week, the UF Faculty Senate voted ‘no confidence’ on the process that led to Sasse being the only finalist to be publicly announced to the UF community. The vote of “no confidence” raised concerns about transparency in search procedures which were conducted confidentially in part due to a new law from the 2022 legislative session.

During the regular 2022 legislative session, Florida lawmakers approved an exemption to public disclosure laws for university president searches until the finalists are announced. Previously, candidates were available to the public from the beginning of the search.

The Board of Trustees Chair Hosseini defended the search process at the meeting Tuesday, said that many candidates did not want to be named unless they were the only finalist.

“Since the law also requires that the finalists’ names be out in the public for 21 days before a board vote, the candidates were all very clear — crystal clear — that they would not engage in a process if there was any chance they would be publicly named, unless they were the sole finalist,” Hosseini said. “The bottom line is, if we had run a process that required more than one finalist to be publicly disclosed, none — I’ll say it again — none of the top 12 people we interviewed would had stayed in the process. It’s that simple.”

During the Q+A session, some board members challenged Sasse on his promise to be “politically celibate,” inquiring about how a UF president could engage with the executive branch and the Florida Legislature while asserting its own independence.

“Of course, you wouldn’t want to have this role and not go to Tallahassee and advocate hard on behalf of UF,” Sasse responded. “And so, what I was trying to draw a distinction between is partisan politics and then, of course, political advocacy that we need to do as chief salespeople for this institution.”

Amanda Phalin with the UF Faculty Senate asked Sasse if he had any connections or conversations with Governor Ron DeSantis’ office during the presidential search process. He said no.

“I’ve had zero conversations with him about this, and have been shepherded through this process by no one,” Sasse said.

“I’ve been approached by a search committee for university vacancies maybe every two weeks or so for the course of the last year and a half, and very few of them were compelling enough to listen to or return phone calls.”

Phalin followed up with questions on how Sasse would address the LGBTQ+ community at UF.

Phalin asked if he would preserve some of the efforts that President (Kent) Fuchs had made regarding the LGBTQ+ community, which included “expanding all gender bathrooms on campus,” and “increasing transgender healthcare options.”

Sasse said that he expects his record would “be fairly indistinguishable” from Fuchs’ record.

“I don’t know particulars of all the policies and programs that you mentioned but my guess is that Kent would be an advisor to me on this as well,” Sasse said.

When pressed again, he said, in a general sense: “I just think we have to begin the foundational point of the universal dignity of every human.”

He did not say if he would explicitly support members of the LGBTQ+ community, many of whom are concerned that Sasse’s lack of support for gay marriages could lead to hostility towards the LGBTQ+ students and staff at UF.

In 2015, Sasse said in a written statement that “Marriage brings a wife and husband together so their children can have a mom and a dad,” in response to the U.S. Supreme Court landmark decision Obergefell, which federally protects same-sex marriage.

“Some versions of this question in the past have brought up Obergefell multiple times,” Sasse said.

“Obergefell is the law of the land,” he affirmed. “There’s nothing about it that’s changing anywhere.” He did not acknowledge that the U.S. Supreme Court has been striking down landmark cases such as Roe v. Wade, which was also referred to as “law of the land.”

As for academic freedom, a major concern for Florida’s higher education, Sasse said that he is a “defender of tenure at a research institution.”

“I think it’s important for us to recognize that our faculty are not a monolith,” he said.

“We need the big brains and the curious appetites to chase that next discovery, and that requires freedom, Sasse said. “And what happens in a classroom that is dynamic requires a similar kind of freedom,” he said. “At a more crass, calculating way of stating it, we want the best faculty to want to stay at this place and to be recruited to this place, and that requires that we have academic freedom and tenure. And so, I look forward to advocating for those positions so we can recruit and retain the best.”

On the topic of his vision of higher education, Sasse suggested that the 4-year or 8-year college experience may be less popular down the line.

“I think that will become less and less common. It will surely still exist and it will surely exist for people right coming out of high school, but as the economy changes and as technology changes we’re going to have lots more people boomeranging back through our institution,” Sasse said. “And we should be preparing them, when they’re 18 to 22, to think about what it looks like to come and go at age 28 or 35.

“And very few of those people are ever going to be full-time residential for a long time again. They’ll be more like hybrid delivery programs, where you might have a lot of synchronicity but you’re only gonna have occasional co-locality.”

One major political stance that did not get addressed Tuesday at the meeting was Sasse’s vote to impeach former President Donald Trump following the insurrection attempt on January 6th, 2021.

In a February 2021 statement from the Nebraska senator, he announced that he “must vote to convict” Trump.

“President Trump lied that he ‘won the election by a landslide.’ He lied about widespread voter fraud, spreading conspiracy theories despite losing 60 straight court challenges, many of his losses handed down by great judges he nominated. He tried to intimidate the Georgia secretary of state to ‘find votes’ and overturn that state’s election. He publicly and falsely declared that Vice President Pence could break his constitutional oath and simply declare a different outcome,” Sasse said in the written statement.