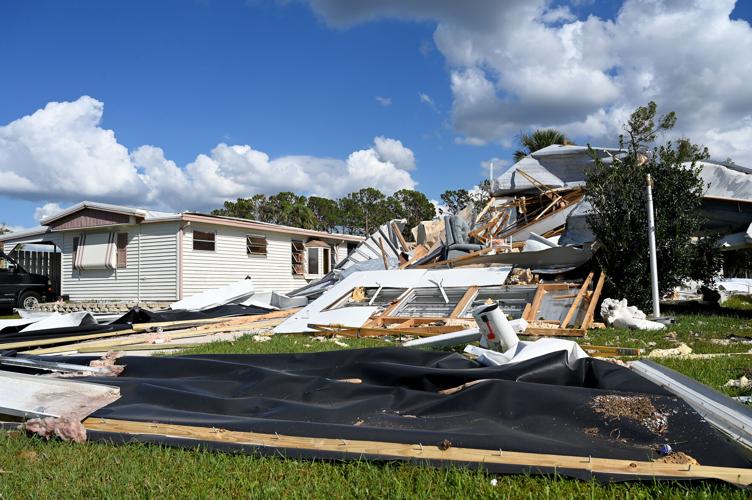 “This is real, this is serious,” Burgess said before the Senate Banking and Insurance Committee approved the 105-page plan. “We are at a crisis level.”

But opponents said the bill (SB 2-A) is tilted toward insurers instead of providing relief to homeowners.

“This bill doesn’t do anything to help them, not by a long shot,” Sen. Victor Torres, D-Orlando said.

The Senate and House began a special legislative session that focuses heavily on property insurance.

The plan addresses myriad issues, including trying to nudge customers out of the state-backed Citizens Property Insurance Corp. and into the private market.

Another big part of the plan is trying to help insurers purchase critical reinsurance, including by making available $1 billion in tax dollars to aid with coverage.

But the biggest debate Monday centered on changes that supporters say are needed to reduce lawsuits over claims. Insurers have long blamed lawsuits for driving up costs and argued that changes are needed in attorney fees and a controversial practice known as assignment of benefits.

The plan, in part, would eliminate what are known as “one-way” attorney fees in property-insurance cases.

“We have got to get at that root cause,” said Boyd, the Senate sponsor of the plan.

But critics said the change would make it difficult for policyholders to fight insurers to get money needed to fully fix homes. In part, that is because homeowners would have to pay attorney fees out of whatever money they might receive in lawsuits.

Several speakers during the Banking and Insurance Committee meeting said the bill would limit access to courts for policyholders and create a “David and Goliath” situation that would benefit insurers.

“This bill gives Goliath a better helmet, and it hurts me,” said Jonathan Albaugh, whose family has been battling over a claim from Hurricane Michael, which made landfall in 2018 in Mexico Beach and caused massive damage in Northwest Florida.