‘Socialism’ is a GOP Smear. Democrats Have to Fight Back 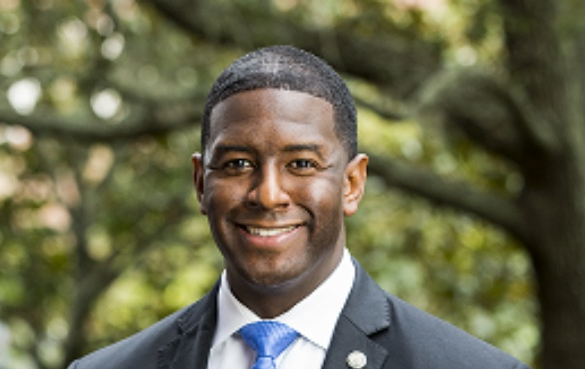 Andrew Gillum was the mayor of Tallahassee from 2014 to 2018 and the Democratic nominee for Florida governor in 2018.

A few days after I became the Democratic nominee for governor of Florida, the Republican nominee, Ron DeSantis, visited the historically Cuban neighborhood of Little Havana in Miami and read aloud, in Spanish, from a note card: “El socialismo sería un desastre para la Florida.”

Attack ads and targeted mailers soon followed. President Trump visited Florida three times to amplify the attacks, and his diatribes about the dangers of socialism were broadcast to every home in the state.

The messages used in my race for governor will again dominate the airwaves here and elsewhere in 2020.

It’s time to face a hard truth: We, as Democrats, have allowed it to happen. We have responded to this unfair attack with well-intended, but scattershot, defenses.

Perhaps more than anywhere else in the country, the traumatizing histories of authoritarian socialist regimes are active memories for voters in Florida. For the thousands of Floridians who come from Cuba, Venezuela or Nicaragua, the word “socialism” is rife with deep pain and anger. Republicans exploit this experience, preying on the fears of immigrants and their families.

In a state that is consistently won or lost by a single percentage point — or in my race, even less — the Latino vote will again be crucial in 2020. More than 1.3 million Floridians are immigrants, or the children of immigrants, from authoritarian Latin American nations.

This will not be easy. Trump knows his only path to reelection runs through Florida. He polls better here than in many other battleground states, in the mid to high 40s. His campaign manager lives here, and his campaign has spent more than $2 million on digital ads in Florida this year — more than in any other swing state. All year long, the president has been bombarding the state with ads in both English and Spanish, attacking Democrats as socialists and raising the specter that our party will turn the United States into a corrupt and socialist country if he is not reelected.

It is ironic, of course, because with each passing day, Trump is proving that he is the spitting image of the Latin America authoritarians who govern through fear and coercion. The president, by word and deed, has betrayed the most basic principles of our democracy by bullying allies to manipulate elections, enriching himself and his family from his office, and attacking the free press. These tactics don’t belong just to him; they are straight from the playbook of every dictator.

There’s even a good word many Floridians have for this kind of leader: a “caudillo,” a strutting, pompous authoritarian who abuses his power, rigs the game for his personal gain and drapes all his wrongdoing in saccharine patriotism.

On the campaign trail in 2018, I heard stories about caudillos from recent immigrants who fled these regimes. In Bolivia, now-former president Evo Morales published an enemies list of independent media outlets, saying “The No. 1 enemies of Evo Morales are the majority of the media.” In Venezuela, thousands of political dissidents have been jailed in filthy conditions. President Nicolás Maduro has stacked the courts with puppet judges who rule that opposition to his dictatorship is “treason,” and he has attacked the free press as “coup plotters” and “fascists.”

Partly as a result, migration to Florida from these and other Latin American countries is accelerating. More than 100,000 Nicaraguans live in Florida, as do more than 200,000 Venezuelans, the majority of whom will be eligible to vote in 2020. As they settle in and around Miami or Orlando, they maintain strong ties to their families and friends still living under dictatorships.

I don’t think many of them expected the United States would ever elect its very own caudillo — or that one of our political parties would march in lockstep behind him. While Trump harangues audiences about socialism, his Republican allies are urgently gerrymandering, manipulating elections, suppressing votes, stacking the courts and attacking the free press.

Some in my party proudly identify as Democratic socialists, in part because they have been the victims of the unfettered capitalism of the 1990s and 2000s that culminated in the 2008 financial crisis. But every single Democratic candidate, elected official and activist I know, regardless of labels, is a champion for opportunity, democracy and human freedom.

Democrats cannot continue to overlook the potency of being smeared as socialists in a general election. When Republicans try to turn these labels against us, we must respond boldly, calling out their smears, highlighting their hypocrisy and then making clear what we’re fighting for — bold policies that expand opportunity, freedom and the American Dream. Their goal is to turn back the clock.

Later this month, the Democratic candidates will gather in Los Angeles for their final debate of 2019. And despite what the Trump campaign is suggesting, not one person on that stage is a Latin American socialist. In 2018, we underestimated the power of this attack, and Florida is now suffering the conse­quences. In 2020, we have to fight back.