Steube: Not a dime more for Ukraine until… 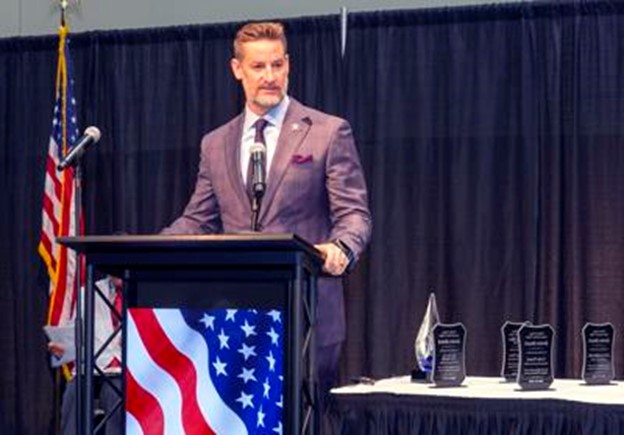 Editor:  Our representative does NOT represent us or our neighbors of Ukrainian heritage.

SARASOTA – Following a speech from Ukrainian President Volodymyr Zelenskyy on Wednesday night to Congress, U.S. Rep. Greg Steube said he would not favor more aid for Ukraine’s fight with Russia.

Steube represents much of Southwest Florida — including Charlotte County and North Port — which has a large number of residents with Ukrainian heritage.

Steube spoke with CBS News after the speech.  He demanded Congress have more oversight on the spending, he told reporter Faris Tanyos on Wednesday night.

The congressman, a Sarasota resident, also indicated he wanted President Joe Biden and his administration to figure out how to get Russia to end its invasion into Ukraine.

“The Biden Administration won’t provide to Congress a path forward on ending the conflict in Ukraine nor oversight information, despite our requests,” Steube told CBS News. “I’ve been very clear that I will not support a dime more of funding to Ukraine until the unprecedented amount that we’ve already given has been fully accounted for.”

Less than half of Republican Congress members attended the speech on Wednesday night.

During his speech, Zelenskyy said Russia is failing in its effort on more than one front.

“We defeated Russia in the battle for minds of the world. We have no fear. Nor should anyone in the world have it,” he said. “Ukrainians gained this victory and it gives us courage, which inspires the entire world.”

But he said the United States has done much for the situation so far.

“Americans gained this victory, and that’s why you have succeeded in uniting the global community to protect freedom and international law,” he said.

And he said Russia should be held financially responsible for the war that has killed tens of thousands in Ukraine.

“Your money is not charity,” Zelenskyy said. “It’s an investment in the global security and democracy that we handle in the most responsible way.”

Some Republican members of Congress were, at best, lukewarm on assisting Ukraine anymore in its fight. And some stand completely against it, calling it an “America Last” approach.

“President Zelenskyy should be commended for putting his country first,” U.S. Rep. Matt Gaetz, of northeastern Florida, stated in a tweet. “But American politicians who indulge his requests are unwilling to do the same for ours.”

Gaetz said the U.S. should not be “hemorrhaging billions of taxpayer dollars for Ukraine,” saying America is, itself, in crisis.

“He did not change my stance for suspending aid for Ukraine and investigating fraud in transfers already made,” he said.

In 2023, the GOP will take control of Congress and its purse strings.

Zelenskyy compared the fight to the Battle of the Bulge of World War II that involved thousands of American troops fighting Nazis as Christmas approached.

“They (Russia) threw everything against us, similar to the other tyranny, which is in the Battle of the Bulge…Threw everything it had against the free world, just like the brave American soldiers, which held their lines and fought back Hitler’s forces during the Christmas of 1944, brave Ukrainian soldiers are doing the same to Putin’s forces this Christmas.”

He said if Ukraine doesn’t prevail, threats will grow to other countries and more generations.