Stop fretting, Democrats. Use your power. 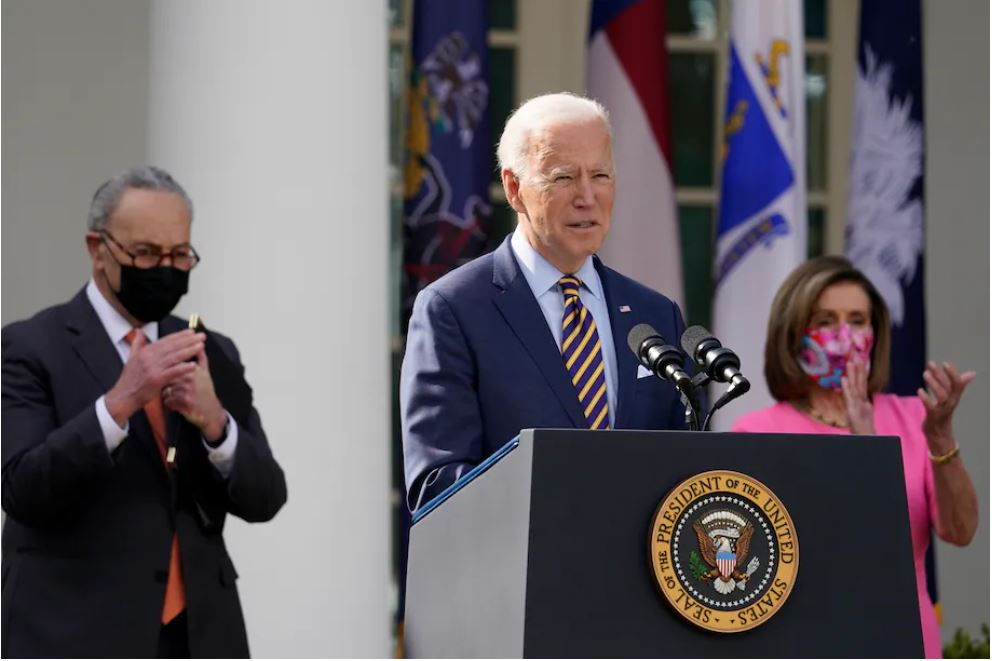 The past few days have provided a vivid example of how the country’s two major parties exercise political power. On the one hand, Democrats hold Congress and the White House, but they’ve hit the brakes on a signature spending package and the extension of still-needed unemployment benefits. On the other, Republicans hold only the Supreme Court, but are closer than ever to fundamentally changing the nation’s abortion laws.

The exact shape of that change is still coming into focus. The high court decided 5 to 4 to let Texas’s new ban on abortions after six weeks take effect, but did so only on standing grounds, and even many conservatives don’t expect the law to survive a full review. “I think the Supreme Court will swat it away once it comes to them in an appropriate manner,” Sen. Bill Cassidy (R-La.) said on ABC’s “This Week.” Over on NBC’s “Meet the Press,” Maryland Gov. Larry Hogan (R) called the bill “a little bit extreme,” while Republican strategist Brendan Buck observed that “no one is celebrating this on the right.” But the Texas bill is really a stalking horse for a Mississippi law that would ban most abortions after 15 weeks, which the court will take up next term, and which, as the Texas vote suggests, stands a good chance of resetting the landscape for reproductive rights in this country.

So that’s what the right is accomplishing with control of just one branch of the federal government. Yet despite controlling two branches, Democrats are still struggling to pass legislation important to President Biden. In recent weeks, Sen. Kyrsten Sinema (D-Ariz.) and House Democratic moderates such as Josh Gottheimer (D-N.J.) threw sand in the works to hinder the $3.5 trillion budget reconciliation package. And on Thursday, Sen. Joe Manchin III (D-W.Va.) called on fellow Democrats to pause progress on the bill.

But it’s not just congressional moderates neutering Democrats’ time in power; the president himself is as well. Despite the fragile recovery, the White House is still backing letting unemployment benefits expire this week. The Post’s Jeff Stein reports that “senior officials across multiple parts of the government . . . have made clear they think the cutoff of benefits poses a serious danger to millions of Americans who remain out of work.” But Republicans and businesses have claimed that these benefits reduce employment, and despite little evidence that’s the case, the president appears to have been cowed.

In short, one party has maximized the power it does have, and is still aiming so high that even the “compromise” version is still a major win. The other has fiddled away its years in power, yet once again is settling for less than half a loaf. This is not a recent phenomenon. The very foundation for Republicans’ looming “success” on abortion is that Sen. Mitch McConnell (R-Ky.) — both as majority and minority leader — has squeezed Democrats repeatedly on the judiciary, culminating in the theft of a Supreme Court seat in 2016. While the Manchins of the world whine about decency and decorum, McConnell and company played hardball — and won.

To be sure, Democrats’ current caution might make some sense if Republicans’ priorities were more popular. But the opposite is true. The new Washington Post-ABC poll, for example, found Americans support the reconciliation package by 53 to 41 percent, with an similarly wide gap of 13 percent among independents and a 32 percent gap among self-identified moderates. By contrast, an AP poll found that almost 60 percent believe abortion should be legal in all or most cases. And yet, maddeningly, Democrats act like they’re the ones on the back foot with the public.

The conventional wisdom in Washington is that voters reward action and punish parties that stray too far from the middle. The first part is true, but as the past decade has shown, the latter is misleading at best. Republicans certainly haven’t paid any price for taking the Supreme Court from delicately balanced to decidedly conservative, nor for making the county’s tax system as unequal as possible. And when Democrats have faced rebuke at the polls, they’ve been hurt more by blunting the effectiveness of their best ideas — the stimulus, the ACA, etc. — rather than doubling down on them.

Stop fretting, Democrats, and use the power you have.