Taxing the super rich is super popular. Democrats should talk more about it. 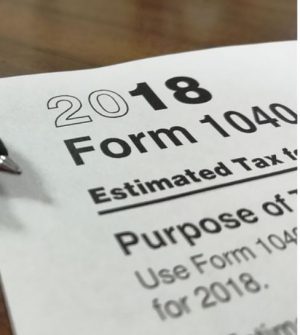 Understandably, President Biden has focused his speeches about the reconciliation package on the legislation’s spending items. After all, subsidized child care (or free, for low-income Americans), paid family leave, universal pre-K and the like are all very popular with the public.

But just as popular, if not more so, are tax hikes on the super-rich and major corporations. It is no coincidence that Biden has begun to put more emphasis on the tax side of the equation, revealing Republicans’ populism to be utterly insincere. Indeed, a Pew Research Center poll released Thursday showed 61 percent favor tax hikes on the wealthy while only 49 percent favor the spending items in the reconciliation bill.

In his remarks on the Build Back Better plan on Sept. 16, Biden actually began with an argument on tax inequality. “Over the past 40 years, the wealthy have gotten wealthier, and too many corporations have lost their sense of responsibility to their workers, their communities and the country.” He then zeroed in on the tax slackers: “How is it possible that 55 of the largest corporations in this country paid zero dollars in federal income taxes? They made over $40 billion in the year 2020, and they’ve paid zero,” he said. “Think about that. Zero dollars in federal taxes on $40 billion in profits. How is it possible that the wealthiest billionaires in the country can entirely escape paying income tax on what they’ve made?”

Republicans are opposed to requiring big corporations and billionaires to kick in something, just as they refuse to fund the Internal Revenue Service to enforce existing tax laws. Every Republican on the ballot in 2022 who opposes any increase in taxes on the super-rich and corporate scofflaws will likely confronted with a question: Why are you protecting super-rich donors and corporations from paying taxes?

On Thursday, the White House hammered home the message in a written analysis: “We estimate that the 400 wealthiest families paid an average Federal individual income tax rate of 8.2 percent on $1.8 trillion of income over the period 2010–2018, the years from the last decade for which the necessary data are available.” Administration officials also stated, “Two factors that contribute to this low estimated tax rate include low tax rates on the capital gains and dividends that are taxed, and wealthy families’ ability to permanently avoid paying tax on investment gains that are excluded from taxable income.” Under the Biden plan, that would go up to a modest 26 percent for families making at least $1 million a year.

The taxes in the reconciliation plan are an essential part of the plan, as they will reduce the amount of deficit spending that will add onto the nearly $29 trillion national debt. However, raising taxes is also consistent with Biden’s philosophy and the platform on which he ran. As Biden said in his Sept. 16 speech, “For a long time, this economy has worked great for those at the very top, while ordinary, hard-working Americans — the people who built this country — have been basically cut out of the deal.”

The reconciliation bill addresses both ends of the spectrum. It forces the super-rich to contribute to the treasury and common good while also reducing or eliminating costs for middle- and low-income Americans. In other words, this was part of Biden’s mandate (to the extent he had one) and contributes to his effort to make certain that democracy works for the average person.

If the great challenge of our age, as Biden says, is between authoritarianism and democracy, then reducing inequality and the influence and power of the wealthy is essential. Call it an antidote to resentment and raging right-wing faux populism.