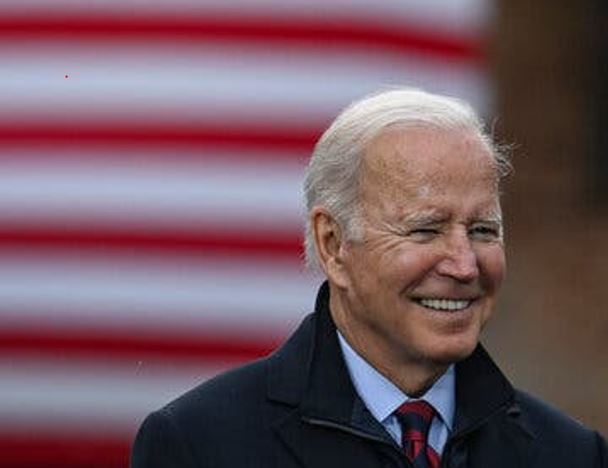 I once again offer my annual list of the 10 best things the president did this year.

He launched the first test of a new system to defend Earth from a killer asteroid. On his orders, NASA launched a rocket into space testing “whether a spacecraft can nudge a celestial body in a way that will alter its orbit.”

He twice launched airstrikes against Iranian proxy forces in Iraq and Syria. He continued the Trump policy of taking military action against Iranian-backed forces who threaten or attempt to kill U.S. personnel.

He became the first president to resist Turkish pressure and officially acknowledge its 1915 genocide against Armenians. His statement sent a clear message that the United States would hold even allies to account for abuses of human rights.

He recovered the majority of the ransom paid by Colonial Pipeline to a Russian hacking collective. After the company paid ransomware attackers who shut down its computer systems and caused fuel shortages up and down the East Coast, the Biden Justice Department followed the money and seized 63.7 bitcoin, valued at about $2.3 million.

He sidelined the court-packing movement on the left. Biden created a commission that included sensible liberals and conservatives which steered clear of taking a position on the most controversial ideas for changing the court.

He elevated Quadrilateral Security Dialogue (the “Quad”) among the United States, Australia, India and Japan. After eight dormant years under President Barack Obama, the Quad was reinvigorated by the Trump administration and raised to a ministerial-level meeting. Biden elevated it further to an annual leader-level meeting, rallying the Indo-Pacific democracies to counter China and help lead Asia in the direction of peace and security.

He stepped up U.S. support for Taiwan. He invited Taiwan to participate in his 110-nationSummit for Democracy, invited Taiwan’s de facto ambassador to his inauguration, invited Taiwan to share its expertise at the Global COVID-19 Summit and continued to provide Taiwan with the defense capabilities it needs to defend itself against Chinese aggression. And his administration worked hard to beat back efforts by the People’s Republic of China to squeeze countries to de-recognize Taiwan.

He announced a historic trilateral security agreement with Australia and Britain to counter Chinese hegemony. The new AUKUS pact will help Australia develop nuclear submarine capabilities that will allow it to project power in the Pacific, and increases cooperation on cybersecurity, artificial intelligence and quantum computing.

He accelerated Covid vaccine delivery at home and abroad. In the United States, more than 70 percent of American adults are fully vaccinated. And his administration provided more than 300 million doses — more than the rest of the world combined — to 110 countries free of charge. He also launched the Global Covid Corps, a coalition of companies that will support vaccination efforts in developing countries.

He signed a $1.2 trillion bipartisan infrastructure bill into law. Biden campaigned on a promise to usher in a new era of bipartisan cooperation. Sadly, this was the only major piece of legislation to deliver on that promise. It will provide non-inflationary, long-term investments in roads, bridges, ports and waterways. Its passage also saved the filibuster, by delivering for Sens. Kyrsten Sinema (Ariz.) and Joe Manchin III (W.Va.) — the two lonely Democrats standing in the way of filibuster elimination — and vindicating their effort to reach across the aisle.

Other achievements did not make the top 10. Among the honorable mentions: