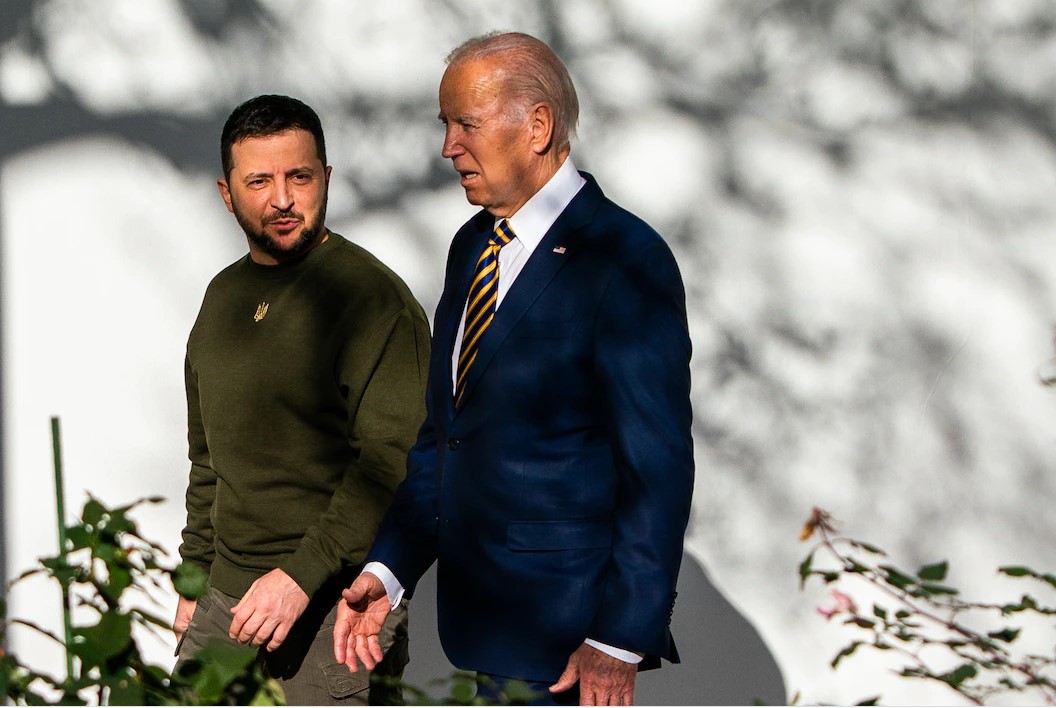 This week, I offer my annual list of the 10 best things the president did this year.

It wasn’t exactly Ronald Reagan firing striking air traffic controllers, but Biden did get Congress to pass bipartisan legislation forcing rail worker unions to accept the overly generous contract his administration had negotiated, avoiding a strike that could have crippled our economy and exacerbated inflation.

Building on last year’s historic trilateral security agreement with Australia and Britain — known as AUKUS — to help Canberra build nuclear-capable submarines, Biden announced plans to deploy up to six nuclear-capable B-52 bombers to a dedicated air base in northern Australia to help counter Chinese hegemony.

Following the school shooting in Uvalde, Tex., Biden signed the Bipartisan Safer Communities Act, co-sponsored by Sens. John Cornyn (R-Tex.) and Chris Murphy (D-Conn.), that protects the rights of lawful gun owners while cracking down on criminal misuse of firearms — including incentives for states to implement “red-flag” laws; increased funding for mental health and school safety; added scrutiny of gun buyers who are under 21 or domestic abusers; and stronger penalties for straw buyers and gun traffickers.

Libyan intelligence operative Abu Agila Mohammad Mas’ud — suspected of building the explosive device used in the 1988 bombing over Lockerbie, Scotland, is the first terrorist linked to the attack to face justice in the United States.

President Donald Trump listed the IRGC in 2019 as part of his “maximum pressure” campaign after he withdrew from President Barack Obama’s 2015 nuclear deal. Iran demanded that Biden delist the IRGC before it considered returning to compliance with the deal. Despite his misguided efforts to revive that agreement, Biden told Israeli Prime Minister Naftali Bennett in April that the IRGC would remain on the list and that the decision was “absolutely final.”

While he must still manage Turkish intransigence, Biden got both NATO allies and a 95-1 bipartisan majority in the Senate to support the admission of the two Nordic nations to the Atlantic alliance — a major blow to Russian President Vladimir Putin, who opposes any NATO expansion.

Of course, Zawahiri was living openly in downtown Kabul thanks to Biden’s disastrous Afghanistan withdrawal. But 11 years after opposing the mission that killed Osama bin Laden, Biden ordered the drone strike that took out bin Laden’s right-hand man and successor. He also took out Islamic State leader Abu Ibrahim al-Hashimi al-Qurayshi in northwest Syria and resumed full ground operations alongside our Kurdish partners, the Syrian Democratic Forces (SDF), which have kept a check on the Islamic State in the region.

Not once, not twice, but four times since taking office (most recently in September), Biden has vowed that the U.S. military would defend Taiwan if Communist China attacked. Beijing is on notice: The policy of “strategic ambiguity” is dead (notwithstanding White House aides who tried to walk back Biden’s comments each time). It is U.S. policy to defend Taiwan against unjust aggression.

Biden’s handling of Ukraine tops my best list this year. Here is the best: After Russia invaded, Biden rallied our allies to support Ukraine’s self-defense — providing arms, money, intelligence and diplomatic support that stopped Putin from seizing Kyiv. At the start of the conflict, no one thought Ukraine could survive; today, Ukraine’s courageous armed forces are on the offensive, retaking territory Russia unlawfully seized. For all the flaws in his Ukraine strategy, Biden deserves credit for saving a free and independent Ukraine.

One accomplishment that does not make a compilation of the good things Biden did but deserves grudging admiration nonetheless: Despite presiding over the worst inflation in 40 years, the worst collapse in real wages in four decades, the highest gas prices on record, the worst crime wave since the 1990s and the worst border crisis in U.S. history, Biden turned in the best first midterm performance of any president since John F. Kennedy (except for George W. Bush after the 9/11 attacks). That is an impressive achievement.