The G.O.P. can no longer be relied on to protect democracy 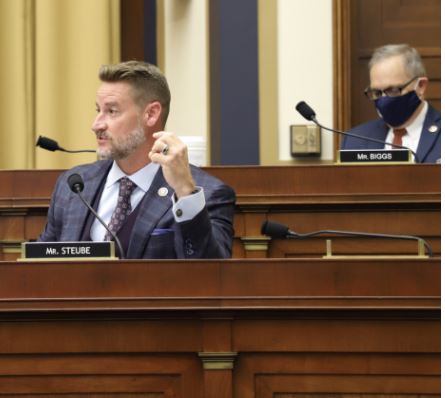 Editor’s note: US Representative Greg Steube, FL District 17, was one of the 125 Republican representatives who proudly signed an amicus brief supporting the lawsuit filed by Ken Paxton, the attorney general of Texas, and backed by seventeen other Republican state attorneys general (including Florida’s Ashley Moody,) that requested the Supreme Court throw out the duly certified election results from Georgia, Michigan, Pennsylvania, and Wisconsin.

How low has the Party of Lincoln fallen? In answering this question, it is instructive to look at the example of Kevin McCarthy, a seven-term California congressman who, since 2019, has served as the House Minority Leader. Until Donald Trump appeared on the scene, McCarthy wasn’t regarded as particularly conservative—at least by the standards of today’s Republican Party. When, in 2015, he abandoned a bid to become Speaker of the House, some Tea Party activists celebrated.

In the summer of 2016, McCarthy endorsed Trump for President, but only after the interloper from New York had sewn up the nomination. A year later, it emerged that, in June of 2016, McCarthy had told some of his fellow-members of the House Republican leadership that he believed—“swear to God”—that Trump was in the pay of the Russian President, Vladimir Putin. When the Washington Post eventually reported about these comments, McCarthy tried to laugh them off as a joke.

The nature of the accommodation that McCarthy made with his conscience, when he jumped onto the Trump train, can only be speculated upon. It’s perhaps fair to assume that he didn’t realize exactly where the tracks would lead, but, given his comments in 2016, it’s also clear that he didn’t harbor any illusions about the man he was endorsing.

In any case, after McCarthy took over as House Minority Leader, he followed Trump’s wishes so slavishly that the President started to refer to him as “my Kevin.” On Friday, McCarthy took the ultimate Trump-loyalist move and threw his backing behind the President’s outlandish bid to overthrow the 2020 election result. Along with a hundred and twenty-five other Republican representatives, McCarthy added his name to an amicus brief supporting the lawsuit filed by Ken Paxton, the attorney general of Texas, and backed by seventeen other Republican state attorneys general, that requested the Supreme Court throw out the duly certified election results from Georgia, Michigan, Pennsylvania, and Wisconsin.

On Friday night, the Court dismissed this scurrilous lawsuit on the grounds that Texas had no standing to challenge election results in other states. (My colleague Amy Davidson Sorkin has more on the Supreme Court ruling.) And how did McCarthy respond to this rebuke from the Court? On Friday night, he said nothing. On Saturday morning, he maintained his silence, but tweeted out a video of himself talking to Senator Tim Scott, of South Carolina, the lone Black Republican senator. “The Republican Party is the Party of Lincoln, grounded in the values of freedom and equality for all people,” McCarthy said in the tweet.