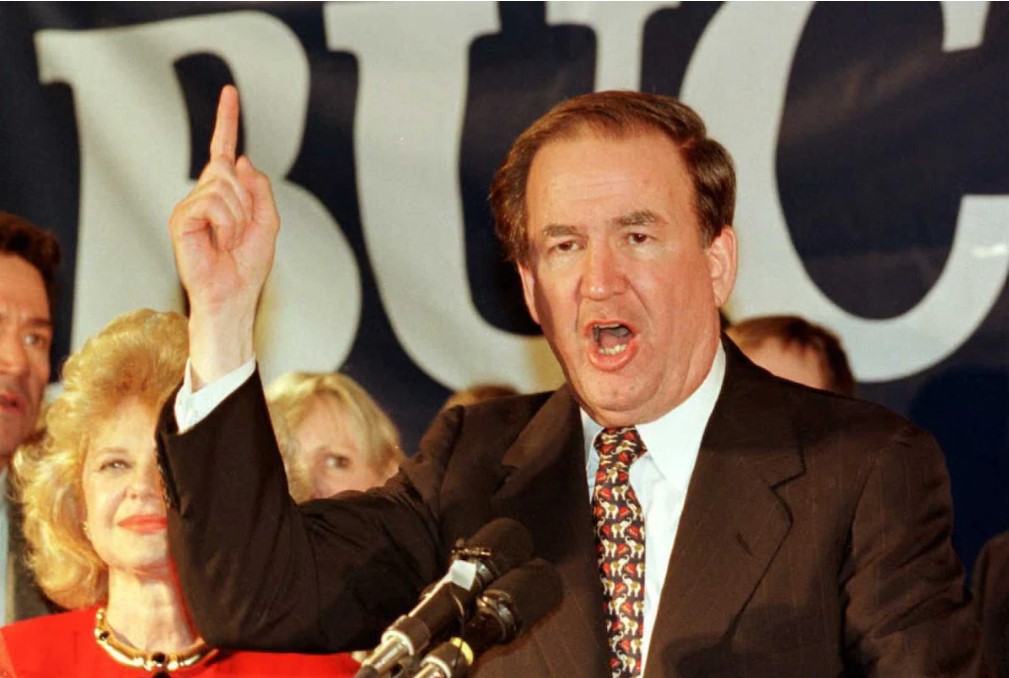 One cannot be surprised to find the Republican Party adrift. This is what happens to ships boarded by pirates, plundered and set aflame on the high seas.

Poor Kevin McCarthy (Calif.), leader of the House majority-to-be: How glum he looks as the Cuckoo Caucus binds his hands to walk the plank of a doomed speakership. He knows he will soon bob helplessly amid the same swarm of sharks that devoured predecessors Paul D. Ryan and John A. Boehner.

The pendulum of history suggests that something will eventually be salvaged of the GOP. But it won’t be a quick fix, because righting the ship is not simply a matter of striking the orange skull and crossbones and raising the standard of some better-behaved buccaneer. Deeper problems made the party vulnerable to raiding in the first place.

The problems go back 30 years. Republicans created in the 1970s and 1980s some of the strongest presidential mojo in American history. The five nationwide elections during that period — 1972, 1976, 1980, 1984 and 1988 — produced four GOP landslides, including some of the largest on record. Republicans lost only once, in 1976, in a squeaker, when the economy was mired in stagflation and the Republican incumbent had resigned in disgrace two years earlier.

The combined electoral college votes in those five elections was 2,200 for the Republican candidates to 487 for the Democrats. Republicans won more than 425 electoral votes four times; no Democrat won as many as 300 even once in those two decades.

Americans have voted in eight presidential elections in the three decades since. Only once, in 2004, has the Republican won a majority of the popular vote. Running as an incumbent in wartime, George W. Bush eked out 51 percent of the popular vote against a weak opponent named John F. Kerry.

What happened? Until the GOP faces the answer, it will continue to drift as a national party.

The landslides ended in 1992. Many Republicans remember it as the year Texas billionaire H. Ross Perot flew a suicide mission into George H.W. Bush’s reelection campaign. But the first fatal blow to Bush Sr. was dealt by hard-right pundit Patrick J. Buchanan. His angry populist campaign carried all the way to the convention, where he traded a grudging endorsement of Bush for influence over the opening-night program. Buchanan anchored an evening of hatreds and resentments that presaged the politics of today.

With Bush Sr. gone, de facto leadership of the GOP passed to Rep. Newt Gingrich (R-Ga.), who had risen from the backbenches of the House by perfecting a politics of personal destruction. Gingrich was the first speaker of the House to stir up a presidential impeachment that had no chance of success in the Senate — a bad idea on which the Democrats later doubled down.

One of the fathers of modern American conservatism, William F. Buckley Jr., had Buchanan on his mind in the months leading up to that fateful 1992 campaign. In a 40,000-word essay published late in 1991, Buckley examined the pitchfork populist’s tendency to deal in antisemitic tropes and allusions. His conclusion: “I find it impossible to defend Pat Buchanan against the charge that what he did and said during the period under examination amounted to anti-Semitism, whatever it was that drove him to say and do it.”

George W. Bush’s 2000 campaign was a repudiation of the Buchanan movement. Bush promised to govern as a “compassionate conservative” — welcoming of immigrants, tolerant of difference, approving of compromise. But he did no more to vindicate this approach than his father had, leaving office amid a failing war and a crashed economy.

Buchananism, with its ugly undertones and shades of paranoid grievance, was the only energy remaining in the GOP. It expressed itself in the tea party movement of 2010. Mitt Romney’s failed 2012 campaign was the last gasp of the party elite, which was too exhausted to resist Donald Trump’s takeover four years later.

From Buchanan to Gingrich to Trump, the drivers of the Republican Party have pushed relentlessly toward anger, accusation, isolationism, pessimism and paranoia. In the guise of battling the left, they wage their most effective warfare against their fellow Republicans. Having purged proponents of the overwhelmingly popular ideas of the 1970s and 1980s — strong alliances and free markets, individual freedom and personal responsibility, the rule of law, faith in the future — they offer nothing positive. Literally: In 2020, the GOP did not offer any platform.

Trump’s supper with a Holocaust denier brings Buchanan’s assault on the GOP to its dismal conclusion — at a hateful dead end. Individual Republicans will continue to win races, if only because the Democrats have their own self-destructive elements. But the party will not be popular as long as the dark side’s in charge.