The MAGA GOP has never been about ‘life.’ Only power. 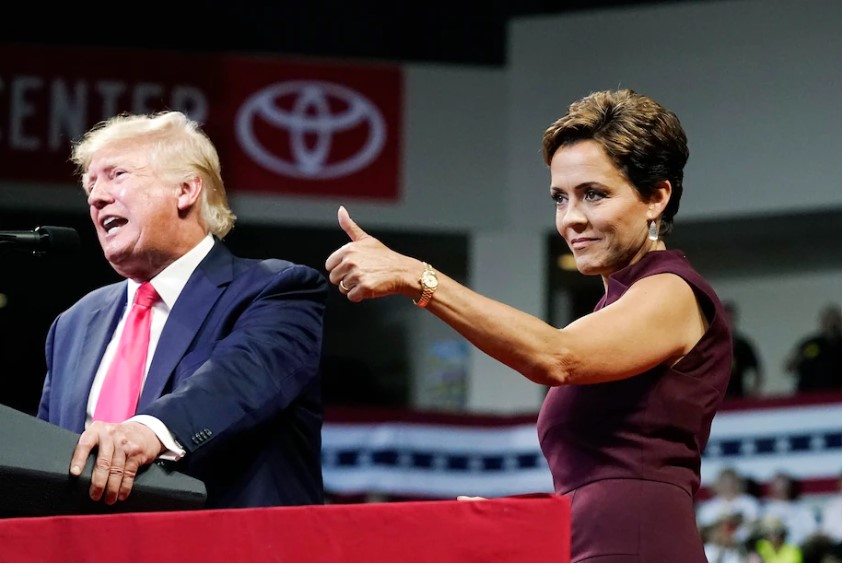 The cat’s been out of the bag for some time regarding Republicans’ insincere support for “life.” If “life” were the issue when it comes to abortion, the party would not put reproductive health and lives at risk with forced-birth laws. For that matter, a pro-life politician would not oppose effective gun-safety laws; would not oppose mask edicts or discourage vaccinations for the coronavirus; and would not push to cut Medicaid and hobble the Affordable Care Act. However, never has it been more apparent how utterly unprincipled the party is when it comes to an issue it has used for decades to woo its base.

Georgia Senate candidate Herschel Walker, who supports forced birth even in cases of rape, incest and danger to the life of the mother, is credibly accused (with documentary proof) of urging a woman he impregnated to get an abortion and then paying for it, as the Daily Beast first reported. Although Walker has denied the allegation, Republicans have let on that they don’t care anyway. Dana Loesch, a former spokeswoman for the National Rifle Association, made that crystal clear: “I don’t care if Herschel Walker paid to abort endangered baby eagles. I want control of the Senate.”

She’s right, of course. All the GOP cares about is power. It certainly does not care about the character or quality of its candidates, about actual election results, about officials’ oaths or really any other policy matter. This was the party that had no platform in 2020, only unwavering loyalty to its leader.

Another leader in the posturing Olympics is election denier and radical MAGA candidate for Arizona governor Kari Lake. During a recent radio address, she channeled former president Bill Clinton’s position on abortion: “You know, it would be really wonderful if abortion was rare and legal — the way they said it before, remember? ‘Rare but safe, rare but safe,’ I think is what they said.” She added, “It’d be really wonderful if that’s how it turned out.” Oops. That’s not how it’s supposed to go. Sure enough, her spokesperson walked back the comment with the gymnastic claim that a complete ban or a 15-week cutoff would make abortion legal and rare.

Former Maine governor Paul LePage (R), who is running to win his old job back, seemed even more confused as to what his abortion position is meant to be. During a shambolic debate performance on Tuesday, the New York Times reported, LePage “repeatedly stumbled over a question about how he would handle the issue if voters returned him to office.” He didn’t understand the question, he said. Or it was a hypothetical. Or whatever. Easy to get lost when the issue is simply another weapon to wield in search of political office.

Such utterances can’t even be called hypocrisy; hypocrisy assumes one has beliefs. These candidates seem to believe in nothing but their own advancement — though they are quick to declare that whatever Democrats believe in poses an existential threat to America. We’re simply hearing them say out loud what we’ve long suspected they think privately: that voters are suckers, so they’ll tell them whatever they think the rubes will want to hear.

Whether it is Sen. Ron Johnson (R-Wis.) declaring that Jan. 6 was not an armed insurrection, or the scores of candidates parroting the “big lie,” or the forced-birth crowd dropping its states’ rights theory to push for a national ban, we see a party that is prepared to do and say anything to hold power, regardless of the harm to our democracy or national security.

A candidate such as J.D. Vance, the GOP nominee for the U.S. Senate in Ohio, can condemn defeated former president Donald Trump, then pivot to pledge undying loyalty — and count on getting rewarded with the nomination for debasing himself.

Republican leaders and enablers (including pundits who dream up ex post facto excuses for policy shifts and inanities) have repeatedly shown that the party doesn’t believe what its candidates say and doesn’t care what lies they tell supporters. We should stop attributing sincerity or good faith to the MAGA GOP. Again and again, its members show their “beliefs” are all a smokescreen to attain and hold power.

Image Credits: Kari Lake, the Republican candidate for governor in Arizona, gives a thumbs-up to the crowd as former president Donald Trump speaks during a rally in Prescott, Ariz., on July 22. (Ross D. Franklin/AP)