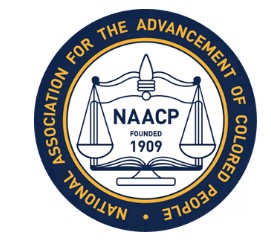 The NAACP is outraged by the Florida Department of Education’s (DOE) recent “whitesplaining” of Black history and culture. The DOE’s pathetic attempt to defend the DeSantis administration from criticism after they rejected AP African-American Studies shows just how out-of-touch they are with American consciousness. Unfortunately, the DOE’s actions are just a symptom of a much larger problem in our education system. For too long, Black students have been underserved and mistreated by a system that is supposed to be helping them succeed.

The DOE claims that the AP African-American Studies course, violates Florida law by including topics such as intersectionality, the movement for Black lives, and reparation – effectively whitesplaining Black studies.

The Department of Education’s attempt to restrict the teaching of AP African-American studies is a dangerous politicization of the curriculum. This narrow interpretation of Florida law contradicts principles of academic freedom and autonomy in determining what to teach in classrooms. It shows a willful misunderstanding of African-American studies by deliberately ignoring the most important issues that this field encompasses. The move to censor topics like intersectionality, the movement for Black lives, and reparations is nothing more than an assault on African-American history and worldviews – effectively whitesplaining topics that are integral to the development of American history, culture, and identity.

The College Board, which creates and administers the Advanced Placement (AP) program, must take swift action to make sure FL does not whitewash the curriculum they designed with the help of respectable Black scholars.

The Advanced Placement (AP) program created and administered by the College Board is a vital part of the educational curriculum in the United States. The pilot AP African American Studies course has been designed with the help of respectable Black scholars, which makes it even more imperative for the College Board to take swift action to ensure that FL does not distort it for its own motives. The modifications proposed by the DeSantis administration would be a disservice to those who initially developed the coursework, and would ultimately misinform students about important historical events related to Black history and culture. Furthermore, this would also disadvantage any student taking the course by giving them inaccurate information. It is crucial that the College Board intervenes immediately to avoid these damaging outcomes.

The NAACP is demanding that the Florida DOE and College Board take swift action to rectify an unjust situation.

Florida’s current agenda of political interference in the AP African American studies curriculum directly conflicts with the values of equity, fairness, and justice. The College Board should remain covenant to real, honest education that is based on facts instead of giving into the demands of a racist agenda. Allowing this regression in Floridan education would be a massive step backward for civil rights and equality throughout the state and nation. Therefore, it is imperative that immediate action be taken to prevent this injustice from being perpetuated.

It is clear that the Florida Department of Education’s decision to reject the College Board’s African American Studies AP course is yet another attempt to whitewash history and ignore the experiences and contributions of Black people in America. The College Board must take swift and decisive action to ensure that this does not happen.

In the meantime, students, families, and teachers in Florida should work with local NAACP chapters to create their own Black Studies courses or clubs at their schools. Only by taking matters into our own hands can we hope to overcome these systematic attempts to erase our history and contribute to a more just and equitable society for all.