The science of reasoning with unreasonable people 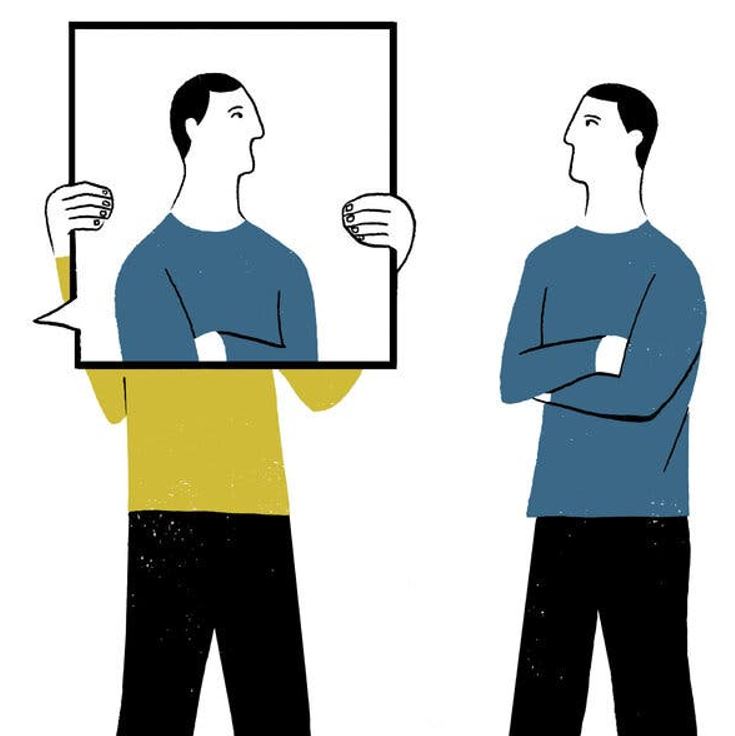 Adam Grant is an organizational psychologist at the Wharton School. His research focuses on motivation, generosity and creativity. His latest book is “Think Again: The Power of Knowing What You Don’t Know,” from which parts of this article are adapted.

A few years ago, I made the mistake of having an argument with the most stubborn person I know. R., whose initial I’m using to protect his privacy, is a longtime friend, and when his family came to visit, he mentioned that his children had never been vaccinated — and never would be.

I’m no proponent of blindly giving every vaccination to every newborn, but I was concerned for his children’s safety, so I started debunking some common vaccine myths. After days of debate, I was exhausted and exasperated. Determined to preserve our friendship, I vowed never to talk with him about vaccines again.

Then came 2020. Fear of the vaccine may be the greatest barrier to stopping Covid-19. It stretches far beyond the so-called anti-vaxxer community: About half of Americans harbor questions about the safety of the Covid-19 vaccines; 39 percent say they definitely or probably won’t get one.

I decided to see if I could open R.’s mind to the possibility. What I didn’t realize was that my mind would be opened as well.

As an organizational psychologist, I’ve spent the past few years studying how to motivate people to think again. I’ve run experiments that led proponents of gun rights and gun safety to abandon some of their mutual animosity, and I even got Yankees fans to let go of their grudges against Red Sox supporters. But I don’t always practice what I teach.

When someone seems closed-minded, my instinct is to argue the polar opposite of their position. But when I go on the attack, my opponents either shut down or fight back harder. On more than one occasion, I’ve been called a “logic bully.”

When we try to change a person’s mind, our first impulse is to preach about why we’re right and prosecute them for being wrong. Yet experiments show that preaching and prosecuting typically backfire — and what doesn’t sway people may strengthen their beliefs. Much as a vaccine inoculates the physical immune system against a virus, the act of resistance fortifies the psychological immune system. Refuting a point of view produces antibodies against future attempts at influence, making people more certain of their own opinions and more ready to rebut alternatives.

That’s what happened with my friend. If I wanted him to rethink his blanket resistance to vaccines, I had to rethink my approach.

Several decades ago, when treating substance abuse problems, psychologists developed a technique called motivational interviewing. The central premise: Instead of trying to force other people to change, you’re better off helping them find their own intrinsic motivation to change. You do that by interviewing them — asking open-ended questions and listening carefully — and holding up a mirror so they can see their own thoughts more clearly. If they express a desire to change, you guide them toward a plan.

Say you’re a student at Hogwarts, and you want to help your uncle reject Voldemort. You might start like this:

You: I’d love to better understand your feelings about He-Who-Must-Not-Be-Named.

Uncle: Well, he’s the most powerful wizard alive. Also, his followers promised me a fancy title.

You: Interesting. Is there anything you dislike about him?

Uncle: Hmm. I’m not crazy about all the murdering.

You: Well, nobody’s perfect. What’s stopped you from abandoning him?

Uncle: I’m afraid he might direct the murdering toward me.

You: That’s a reasonable fear — I’ve felt it too. Are there any principles that matter so deeply to you that you’d be willing to take that risk?

In controlled trials, motivational interviewing has helped people to stop smoking, abusing drugs and alcohol, and gambling; to improve their diets and exercise; to overcome eating disorders; and to lose weight. The approach has also motivated students to get a good night’s sleep; voters to reconsider their prejudices; and divorcing parents to reach settlements.

Recently, thanks to a vaccine whisperer, it has been applied to immunization. Arnaud Gagneur is a pediatrician in Quebec who encourages reluctant parents to immunize their children. In his experiments, a motivational interview in the maternity ward after birth increased the number of mothers willing to vaccinate their children from 72 percent to 87 percent; the number of children who were fully vaccinated two years later rose by 9 percent. A single conversation was enough to change behavior over the next 24 months.

I set up a conversation between Dr. Gagneur and my friend. After 90 minutes, it was clear to me that R.’s vaccination stance had not changed.

“I have tried to apply all the principles of motivational interviewing, but I have had the unpleasant feeling of not doing so well,” Dr. Gagneur wrote to me in email. “R. is very knowledgeable and always ends up finding arguments that support his decision.”

Strangely, I didn’t feel defeated or irritated. I wanted to learn how my friend’s views could evolve.

The pioneers of motivational interviewing, William Miller and Stephen Rollnick, have long warned against using the technique to manipulate people. It requires a genuine desire to understand people’s motivations and help them reach their goals. Although R. and I both want to keep his children healthy, I realized I had never tried to understand his perspective on vaccines before. So the next morning, I called him.

In our past debates, R. had focused only on the potential downsides of vaccinations. With Dr. Gagneur, though, he acknowledged that vaccines could be good for some but not necessarily for others. If he lived in a country experiencing an outbreak of, say, malaria, would he consider immunization? “You weigh the pros and cons,” he said.

Psychologists find that when we listen carefully and call attention to the nuances in people’s own thinking, they become less extreme and more open in their views. I wondered how my friend’s ambivalence applied to Covid, and I knew that the kinds of questions I asked would matter. Social scientists have found that asking people how their preferred political policies might work in practice, rather than asking why they favor those approaches, was more effective in opening their minds. As people struggled to explain their ideal tax legislation or health care plan, they grasped the complexity of the problem and recognized gaps in their knowledge.

So for my second attempt, instead of asking R. why he was opposed to Covid vaccines, I asked him how he would stop the pandemic. He said we couldn’t put all our eggs in one basket — we needed a stronger focus on prevention and treatment. When I asked whether vaccines would be part of his strategy, he said yes — for some people.

I was eager to learn what might lead R. to decide that he is one of those people. In motivational interviewing, there’s a distinction between sustain talk and change talk. Sustain talk is commentary about maintaining the status quo. Change talk is referencing a desire, ability or commitment to making a shift. A skilled motivational interviewer listens for change talk and asks people to elaborate on it. This was my third step.

I asked R. what the odds were that he would get a Covid vaccine. He said they were “pretty low for many different reasons.” I told him it was fascinating to me that he didn’t say zero.

I don’t expect R. or his children to be vaccinated any time soon, but it felt like progress that he agreed to keep an open mind. The real breakthrough, though, was mine. I became open to a new mode of conversation, with no points to score and no debate to win. The only victory I declared was against my own prosecutor tendencies. I had prevailed over my inner logic bully.

I no longer believe it’s my place to change anyone’s mind. All I can do is try to understand their thinking and ask if they’re open to some rethinking. The rest is up to them.

Image Credits: Hanna Barczyk
Facebook
Twitter
Email
PrevPreviousDeSantis claims Florida doesn’t need Biden’s vaccine plan, since his has been a flaming success
NextProud Boys and Black Lives Matter activists clashed in a Florida suburb. Only one side was charged.Next