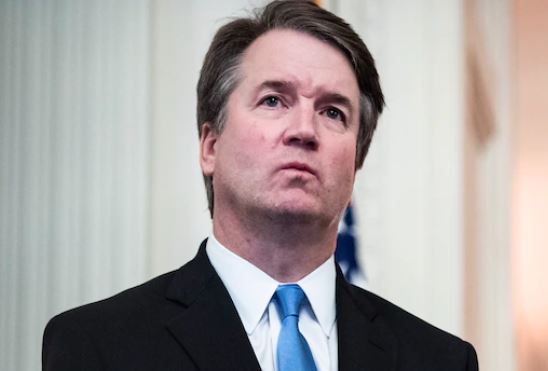 Nearly three years after his confirmation, Justice Brett Kavanaugh remains a deeply divisive figure, the best-known but least-popular justice on the Supreme Court. Occasionally, his votes or some news story will renew the bitter sense among many Americans that he got away with a lie in denying Christine Blasey Ford’s and Debbie Ramirez’s allegations of sexual misconduct, as well as a third such accusation, from his Yale years, that Senate Republicans all but bottled up.

Earlier this summer, reports said the Justice Department had confirmed that, in 2018, the FBI received more than 4,500 tips against Kavanaugh and sent “relevant” ones to the Trump White House, where they disappeared. This month, Kavanaugh joined the 5-to-4 ruling allowing a Texas antiabortion bounty-hunting law to take effect, though it plainly violates court precedents upholding a constitutional right to abortion. To many, that provided further evidence — along with his previous support for a Louisiana antiabortion law — that he’d bamboozled Sen. Susan Collins (R-Maine), who provided the linchpin vote for his confirmation after he assured her that he respected those precedents as “settled law.”

Yet Kavanaugh’s credibility was suspect even before the sexual misconduct allegations. The Senate had received plenty of evidence, at an earlier hearing on his nomination, that he had at best misled senators and possibly lied under oath in 2004 and 2006, when he was a nominee to the U.S. Court of Appeals for the D.C. Circuit, about matters suggesting just what a partisan operator he’d been as a young lawyer. The hearing record signaled that Kavanaugh was a Republican with an ax to grind long before his televised tirade in 2018 dismissing the misconduct allegations as a Democratic “political hit” — payback for Donald Trump’s election and Kavanaugh’s role in Ken Starr’s Javert-like pursuit of the Clintons.

He warned us then: “What goes around comes around.”

And in fact, it still could. Kavanaugh could be a decisive vote if the court is drawn into vote-suppression cases and election disputes in 2022 and 2024 that couldn’t have been imagined only recently — before Trump refused to accept defeat, helped inspire an insurrection, and spurred Republicans nationwide to echo his lies about fraud and, in key states, enact laws giving party officials the final word on elections.

How the Supreme Court dominates our democracy

Even before Kavanaugh arrived to solidify their ranks, the Supreme Court’s conservatives generally took the Republican Party’s side in political cases. They allowed unlimited corporate spending on elections and ended federal “preclearance” of voting changes in states with histories of discrimination. With Kavanaugh’s decisive assist in 2019, they ruled 5-to-4 that federal courts were powerless to block partisan gerrymandering. Throughout 2020, he and other conservative justices generally stuck together — and with Republicans — in opposing state rules making it easier and safer to vote amid the pandemic; Trump openly complained that such changes would doom Republicans by increasing Democrats’ turnout. In one case, Kavanaugh echoed Trump’s criticism of counting mail-in ballots that arrived after Election Day.

Yes, a united court quashed election challenges from Trump and his supporters. But that reflected the specific lunacy of those appeals. Future cases might not be such easy calls, especially given the new laws in Republican-led states. Kavanaugh could be pivotal.

Of the six Republican-picked justices on the nine-member court, four — Clarence Thomas, Samuel Alito, Neil Gorsuch and Amy Coney Barrett — are conservative ideologues. All but Barrett, so far, have repeatedly been willing to overturn precedents for conservative outcomes, damn the consequences. Kavanaugh and Chief Justice John G. Roberts Jr. have been more cautious. Roberts’s incrementalism is that of an institutionalist trying to protect the court’s nonpartisan image. Kavanaugh’s caution appears to be that of a former partisan, mindful of blowback for his party. Neither man wants to see landmark headlines like “Court overturns Roe.” They prefer to get to such ends in small, less-obvious steps.

Still, as a group, the six-pack’s record makes a mockery of recent protestations from Barrett and Democratic appointee Stephen Breyer that the justices really are apolitical. Barrett, unwittingly contradicting herself, spoke on a stage with Senate Minority Leader Mitch McConnell (R-Ky.). As majority leader, he rammed through her confirmation within weeks of Justice Ruth Bader Ginsburg’s death, days before the election that resulted in the defeat of both the president who nominated her and, ultimately, the Republican majority that voted for her — and four years after blocking Obama nominee Merrick Garland because it was an election year.

Kavanaugh, however, is the one justice who previously had one foot in the conservative legal movement and another in party politics. Soon after law school, he spent nearly four years with Starr investigating Bill and Hillary Clinton, which started off looking at financial matters but eventually led to the discovery of Bill Clinton’s affair with Monica Lewinsky and, ultimately, his impeachment. During brief stints in private practice, he enlisted in several politically charged legal fights, culminating in Bush v. Gore. He was rewarded with jobs in George W. Bush’s White House as a counsel and then staff secretary. Bush soon nominated him for the D.C. appeals court. Midway through his 12-year tenure, a Washington Post columnist wrote that Kavanaugh was “nothing more than a partisan shock trooper in a black robe.”

Roe v. Wade hasn’t been overturned. The rule of law might have been.

It was Kavanaugh’s role as a White House operative, on the heels of the divisive Starr probe, that caused Democrats to block his confirmation to the appeals court for three years, until 2006.

They didn’t buy Kavanaugh’s claims at the hearings in 2004 and 2006 that he wasn’t involved at all in deliberations about warrantless surveillance, treatment of terrorism suspects and Bush’s most controversial judicial nominees. They didn’t believe him when he disavowed any complicity in a scandal that had recently roiled the Senate — “Memogate” — involving a Republican aide who’d pilfered thousands of Democrats’ emails from 2001 through 2003 and shared them with Bush advisers. Yet Democrats had no evidence then to refute Kavanaugh.

Before the initial hearing on his Supreme Court nomination, Republicans kept a lid on much of Kavanaugh’s White House record. Under pressure, they released some emails as the hearing got underway just after Labor Day. Even that limited trove cast doubt on his past testimony.

The Kavanaugh hearings had one big benefit for all Americans

For example, Democrats previously asked Kavanaugh about what he did to promote three judicial nominees they considered particularly extreme. Each time, he denied that he’d worked on the nominations. Yet the emails released in September 2018 indicated that he’d helped stage events, reviewed promotional material, attended meetings, drafted remarks for Bush officials, provided advice and even recommended one nominee.

Perhaps most damning was how conclusively the emails tied Kavanaugh to Memogate. Many of the emails from the Republican aide at the scandal’s center, Manuel Miranda, listed Kavanaugh as the first recipient, or the only one. Some included Senate Democrats’ strategy memos. Yet in 2004, when Sen. Charles E. Schumer (D-N.Y.) asked him whether “memos from internal files of any Democratic members [were] given to you or provided to you in any way,” Kavanaugh swore “no.” Asked again in 2006, he reiterated under oath, “I’m not aware of the memos.”

Faced with evidence to the contrary in 2018, he shifted from pleading ignorance to acknowledging that he’d received some emails. But, he testified, he’d assumed Miranda got his inside dope through the sort of information-trading that Kavanaugh asserted was typical between Republican and Democratic aides on Capitol Hill. You could virtually hear the guffaws of everyone familiar with Congress, throughout Washington and beyond.

Sen. Patrick Leahy (D-Vt.) cited an email in which Miranda told Kavanaugh precisely what questions Leahy would ask a nominee at a hearing. In another, Miranda forwarded a 4,000-word strategy memo that a Leahy adviser had sent her boss. In a third, which Miranda marked “confidential,” he said a Texas lawyer had written Leahy with damaging information about a nominee. He added, “Leahy’s staff is only sharing with Democratic counsels.”

So much for Kavanaugh’s sworn claim that he figured Miranda got his intel from obliging Democratic aides. Twenty-five minutes later, he emailed to Miranda a rebuttal to the Texas lawyer’s letter — ammunition for Republicans’ counterattack.

Confronted with those emails and others in 2018, Kavanaugh still testified that the messages never raised “red flags” for him about just how Miranda got the goods. “Judge, I was born at night,” an exasperated Leahy countered, “but not last night.”

Lisa Graves, the former Leahy counsel who’d written the filched strategy memo, watched the hearing from her home in Wisconsin. Believing that Kavanaugh had demonstrably lied under oath, and convinced this would be big news, she flew to Washington to help Democrats handle the furor. But reporters had begun chasing another story about Kavanaugh: a rumored sexual assault. Instantly the pending questions about Kavanaugh’s honesty were all but forgotten. (The Post’s Fact Checker did give Kavanaugh three “Pinocchios.”)

A month later, the Republican-controlled Senate confirmed him, 50 to 48 — the closest vote for a justice since 1881. Roberts sent scores of complaints about Kavanaugh from lawyers, professors, doctors and other citizens — mainly about his alleged lying under oath — to the Judicial Council of the Denver-based Court of Appeals for the 10th Circuit for review. Two months later, with Kavanaugh by then sworn in, the council dismissed them as moot, noting that federal ethics rules apply to lower-court judges, not to Supreme Court justices.

“The allegations contained in the complaints are serious,” it said, yet “an intervening event — Justice Kavanaugh’s confirmation to the Supreme Court — has made the complaints no longer appropriate for consideration.”

There the 56-year-old justice remains, for life if he chooses, to decide the most momentous issues confronting the nation — including, perhaps, the outcome of future elections.

Jackie Calmes, a columnist for the Los Angeles Times, is the author of “Dissent: The Radicalization of the Republican Party and Its Capture of the Court.”