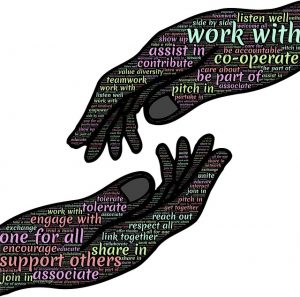 Even if Trump were resolved to thwart a smooth transition, much of the process lies entirely outside his control.

Sometime in early to mid-November, if October polling holds and the infrastructure of our democracy basically functions, Joe Biden is likely to be declared the winner of the 2020 presidential election. At that point, he will have just more than two months to prepare to take over the leadership of a country still in the grips of a once-in-a-century pandemic, with more than 12 million Americans unemployed, tens of millions of children out of school, and COVID-19 deaths barreling toward 300,000.

Transitions can be challenging even under the best circumstances. And President Donald Trump, to say the least, may not be psychologically or temperamentally predisposed to a thoughtful, well-planned transition. Even back when he was the incoming president, his on-ramp to the presidency was extraordinarily haphazard, disorganized, and incomplete. Add in his petulance and expected fury at the outcome, and there is surely reason to fear the havoc the president and his team could wreak on their way to the exits.

How worried should Americans be that the outgoing administration might attempt to disrupt or cripple its successor by sabotaging the transition? Well, somewhat, undeniably. There is certainly no reason to expect President Trump to approach a President-elect Biden in anything like the spirit of cooperation and goodwill that has generally characterized presidential departures in the modern era. (Consider the letter that outgoing President George H. W. Bush left in the Oval Office for incoming President Bill Clinton, who had just defeated him at the ballot box: “I’m not a very good one to give advice; but just don’t let the critics discourage you or push you off course. You will be our President when you read this note. I wish you well. I wish your family well. Your success now is our country’s success. I am rooting hard for you.”) Nor should anyone expect Trump to adhere to the bipartisan conventions of presidential stewardship of modern transitions. Further, by litigating the election outcome and delaying his concession, the president might postpone the point at which Biden is acknowledged the victor, thus delaying funding and many transition-related activities, as happened in 2000.

But there’s reason to have faith, too. When it comes to the transition itself—not the niceties that surround it—a little-known body of law and practice places important limitations on the amount of damage even a determined outgoing president can do. The law vests significant authority for managing transitions in career officials—that is, officials whose employment does not turn on or change with the occupant of the White House—who owe higher duties to the transition or incoming administration than they do to the outgoing administration. This means that however resolved Trump might be to thwart a smooth transition—or, short of that, however lackadaisical he might be in managing one—much of the process lies entirely outside his control.

For much of American history, presidential transitions were casual affairs, typified by a long post-campaign vacation for the winning candidate and little organized communication or cooperation between incoming and outgoing administrations. That shifted during the first half of the 20th century, but no law of presidential transitions existed until 1964. That year, Congress passed the Presidential Transition Act (PTA), which is central to how modern transitions are run. This law—and its many amendments, the most recent of which was enacted just this year—provides millions of dollars in funding for transition operations and requires the government to support potential incoming administrations with information, expertise, and direct assistance.

Strikingly, Congress placed almost all the responsibility for managing the transition in the hands of career employees. This means that when it comes to matters of transition, the president and those immediately surrounding him are less important than they seem: The real action lies with career staff in the agencies.

Read: The warning signs of a combustible presidential transition

It’s worth examining a few specifics, both to understand the basic infrastructure of transition and to learn what we should be looking for as warning signs that things are about to go off the rails.

The Act requires that four entities or positions be in place six months before the election. As described in a set of legally required reports from the General Services Administration to Congress, all are indeed up and running:

All of this is in place. In addition, the GSA has provided office space in Washington for the Biden team and negotiated, as the PTA requires, a memorandum of understanding with the Biden team that will be signed if and when it is apparent that Biden has won the election. Thus, all the early tests have been met. To be sure, the early tests are easy, as they involve flat legal requirements. So one cannot be too reassured. But compliance is not nothing.

The next crucial date will be November 1. That is the date by which—again, according to statute—each agency is to have completed a set of briefing materials for the incoming administration. Those materials seem likely to indeed be produced. If they are not, then it is time to worry. But the real concern is whether the materials are complete, frank, and accurate. From the outside, one can tell that a task has been completed, but not how well.

Rebecca Friedman Lissner: The other way Trump could destroy the next presidency

A second potential indicator of whether those currently in office are providing meaningful assistance to their successors concerns the assignment of agency staff directly to the transition. This requires an explanation.

Under the PTA, transition staffers are not considered federal employees, even though the United States covers their salary (up to the limits of approved funding). But there is an exception. Transition staff can include people who work in an agency or for Congress: “Any employee of any agency of any branch of the Government … may be detailed to [the transition-office staff] on a reimbursable basis with the consent of the head of the agency.” The position is an odd one to be in: still an agency employee, but working for the transition. Although that dual status may pose a conceptual challenge, one thing is clear, namely who the boss is: “While so detailed such employee shall be responsible only to the President-elect or Vice-President-elect for the performance of his duties.”

Second, how much and how easily this occurs will be revealing. Formally, the president-elect’s transition team notifies the agency, sending a copy of its request to the federal transition coordinator, that it would like a particular employee detailed to the transition. The arrangement proceeds only if the agency head approves. So if the transition team requests that multiple employees be detailed to it and the relevant agency heads approve, that is a sign of cooperation; if no requests are forthcoming, that is worrisome; if requests are denied, that is a very bad sign.

In sum, the very presence of career officials in government during the transition period, and their obligations to and involvement with incoming administrations, serve as a bulwark against the possibility that an outgoing administration might successfully work to thwart or undermine a smooth transition.

One last consideration counsels calm. More than one past transition has gotten in trouble because it was staffed entirely by people with little Washington experience. Those are the people most in need of assistance from the outgoing administration and career staff; they are most vulnerable to a lack of cooperation. No such concerns apply to the Biden-Harris transition team, which is at the opposite pole. The former vice president is getting the band back together; his transition team is peppered with former Obama-administration officials, and at its helm are Jeffrey Zients, who ran the OMB during the Obama administration, and the long-time Biden aide Ted Kaufman, who during his time in the Senate co-sponsored one of the recent rounds of amendments to the PTA. That approach has pros and cons, but it does mean that the transition team needs less help and will be hard to mislead or strand.

We do not mean to be Pollyannaish. It would be better—much better—if the outgoing administration showed the cooperation, neutrality, and graciousness that George W. Bush and Barack Obama both displayed. And whatever the timeline, questions of national intelligence and security prompt particular worry, because the director of national intelligence—who at present is not a career official and in fact is widely seen as having politicized intelligence—arranges and oversees the relevant transition briefings. Biden supporters should not feel they are out of the woods if he wins the election. Plenty of things could still go wrong before noon on January 20.

But overall, the transition is a setting in which the independence of the incoming administration and the participation of career officials will limit the damage the outgoing president can cause. A defeated and vindictive Trump could well find many ways to make the time between the election’s resolution and the inauguration a national nightmare. But the real threats will be out in the open—attacks on the legitimacy of the election, unhinged policy initiatives, foreign misadventures, encouragement of private violence, more aggressive judicial appointments, or investigations or even indictments of political rivals—not a subtle undermining of the transition.

Finally, there is a larger lesson here about the “deep state.” President Trump has engaged in attacks on career officials throughout his administration, including an executive order issued just last week that would remove important civil-service protections from a newly created and defined class of federal workers. The Trumpian bogeyman version of the deep state is a caricature that takes modest and episodic tendencies and exaggerates them beyond all recognition. But the existence of a knowledgeable and permanent staff that participates in, helps shape, and is necessary to implement the goals and objectives of elected officials can serve a moderating function. The function is something like the metaphor generally credited to George Washington that the Senate serves to “cool” House legislation just as a saucer is used to cool hot tea. The civil service—technocratic, objective, neutral, and around for the long haul—is an insurance policy in many ways, of which its central role in the transition is just one.

Image Credits: Image by John Hain from Pixabay
Facebook
Twitter
Email
PrevPreviousNo one mocks Trump like Barack Obama
NextThe Story of Our Mad King Will Live on Well Past the ElectionNext