There is some hope for uninsured Floridians 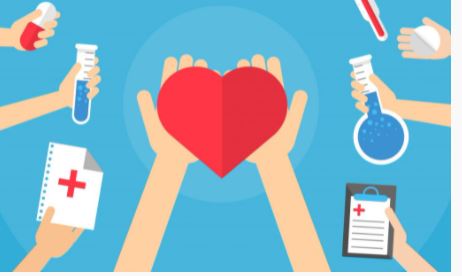 OUR POSITION: If the Republican leadership in Florida maintains its years-long snub of expanding Medicaid coverage to its citizens who need it, the federal government may come to their aid.

Since former governor, and now U.S. senator, Rick Scott changed his mind and rejected an expansion of Medicaid coverage for low-income Floridians, the Republican-heavy Legislature and now Gov. Ron DeSantis have followed his lead.

Under the original Obamacare, the federal government offered to cover Medicaid coverage for everyone who qualified and pay 100% of the cost to the state for three years and 90% of the cost after that — forever.

The argument against Medicaid expansion in Florida is the same as 11 other states that have also denied the offer from the federal government to help finance the move. Republicans argue they don’t trust the federal government to be able to finance the 90% going forward. And some say that insuring able-bodied adults will give them an excuse not to work.

Both theories are proving to be untrue. In a 2016 Bloomberg report, a study showed states which accepted the Medicaid expansion saw no significant impact on employment levels among those who were deemed eligible for the medical benefits. And, to this day, the federal government continues to pay the 90%.

Many states, including those like Kentucky who are heavily Republican, have embraced Medicaid expansion. It has saved hospitals millions of dollars in indigent care and given families living near the poverty line a chance for a healthier life.

Florida stubbornly refuses. It refuses despite the fact, according to the Commonwealth Fund blog, 2.7 million Floridians under age 65 were uninsured (16%) in 2017, when Scott was governor. Florida alone accounts for almost 10% of the nonelderly uninsured in the United States.

Right now, Congressional Democrats have included funds in President Biden’s proposed $3.5 trillion domestic spending package that would cover the Medicaid gap for residents in those 12 states that have refused the expansion. Hopefully, even if the too-generous spending plan is trimmed — and we believe it should be — the Medicaid money will be salvaged.

The Kaiser Health News recently published an article outlining what is at stake for potential Medicaid recipients.

According to that article, adults caught in the coverage gap that have incomes too high to qualify under their state’s guidelines, but are below the poverty level, would get help. When Obamacare passed, it was assumed those making under the poverty level would be covered by Medicaid and no subsidies were provided for them. That has not proven to be the case, however.

About 59% of adults in the coverage gap are people of color, according to the KHN article. Nearly two-thirds live in a household with only one worker.

Under the current plan being considered, the House has two phases. Starting in 2022, people in the coverage gap with incomes up to 138% of the federal poverty level of about $17,774 for individuals would be eligible for subsidies to buy coverage on the Obamacare marketplace. There would be no monthly premium because tax credits would be enough to cover the full cost. There would be no deductibles but a minimal copay.

According to the Kaiser article, starting in 2025, people in the coverage gap would transition to a federal Medicaid program run by managed-care plans and third-party administrators, leaving the state programs. There would be no cost sharing in the federal program after 2025.

We’re sure the devil is in the details. And we realize there will be a howl from those who don’t trust federal government, hate Obamacare or hate the $3.5 trillion package being peddled by Democrats.

We don’t like the $3.5 trillion price tag either. But it’s not all waste and frills. If Florida continues to refuse to help about a million people who have no insurance — Medicaid or otherwise — then this is one way to buck the leadership in Tallahassee and provide healthcare for the state’s needy.