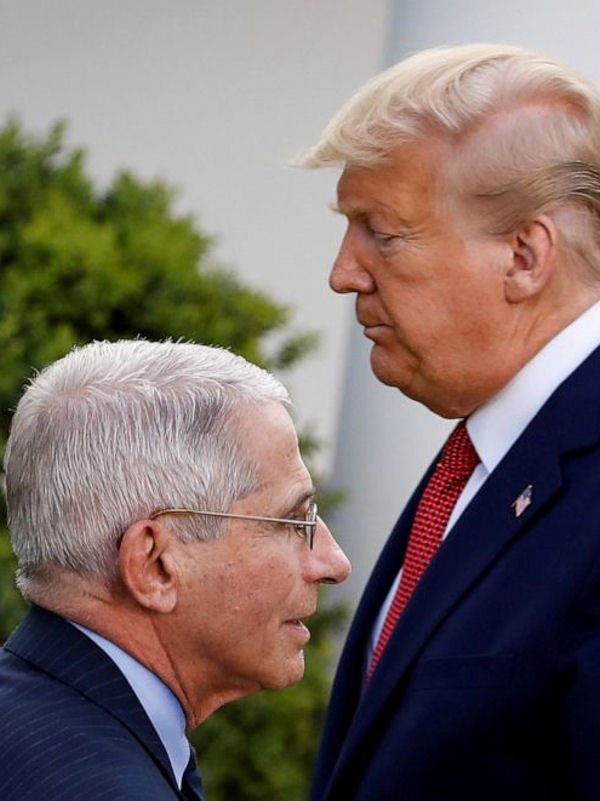 Not only has the virus not vanished “like a miracle” as President Trump predicted, it’s also not going away until we have a new president.

Acting like a caged animal, Trump looked at the political calendar and realized that in six months voters will decide his fate. He can’t get over the fact that many, many people are dying on his watch—he can’t cover it up however much he tries with “Obamagate” or other diversion nonsense.

“By doing all this testing, we make ourselves look bad,” Trump stated. A lack of testing is by design to keep the number of covid-19 cases low. Rick Scott used the same tactic when he designed Florida’s unemployment system: minimize the number of jobless Floridians who can access state aid, so as to minimize business owners’ tax obligations.

Trump still keeps claiming that anyone who wants a test can get a test but that’s true only in the White House. Trump urges the country to open up while the White House locks down. He has mandated that meatpacking plants stay open and offered liability protections to their well-connected owners while ignoring the health and safety protections for their workers.

His trade advisor disparages news coverage of staggering unemployment as a “pity party.” And in the middle of a pandemic, Trump even doubles down on taking away health coverage. He recently said, “We want to terminate health care under Obamacare.”

Trump has never made the coronavirus a priority, even as it rapidly worsened. If it was a priority, he could have halted policies that worsened the crisis and executed a government-wide response. But he didn’t and he won’t, threatening the public’s health each and every day.