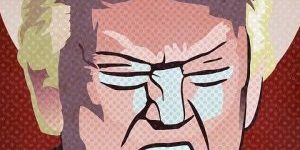 While Americans prepare to celebrate the holiday season, President Trump and his hardcore supporters are contemplating a turbulent final month that could make the rest of his chaotic presidency look placid. As Mr. Trump sidelines even some of his most loyal aides and allies, the few checks that remained on the president’s behavior are eroding, potentially leading to a Jan. 6 showdown over electoral votes on Capitol Hill that could further damage U.S. democracy.

Government officials and even some presidential aides are reportedly bracing for what might come next. The possibilities include strange orders to the armed forces, mass firings in key national security departments, more bizarre pardons, demands to prosecute Trump political enemies or the appointment of one or several special counsels to force the Justice Department to investigate bogus claims of election irregularities and other Trump obsessions.

These possibilities have led senior government officials to deliver extraordinary public statements. Attorney General William P. Barr, whose last day is Wednesday, has said that he saw no evidence of “systemic or broad-based” election fraud and no basis for seizing election machines, appointing a special counsel to investigate voting irregularities or tapping a special counsel to examine President-elect Joe Biden’s son Hunter. Meanwhile, responding to suggestions of martial law from some of those in Mr. Trump’s orbit, the Army chief of staff, Gen. James C. McConville, and Army Secretary Ryan D. McCarthy declared Friday that “there is no role for the U.S. military in determining the outcome of an American election.” Americans can appreciate these statements — while feeling horrified that they are necessary. Necessary for Army brass to say that the military will not help stage a coup. Necessary for the attorney general to make clear that federal law enforcement authorities will not help the president overturn an election he lost.

What seems increasingly likely is a Capitol Hill fight on Jan. 6, in which a distressingly large number of Republican lawmakers might move to strike the electoral votes of several swing states in a desperate effort to deny Americans their duly elected government. A cabal of House conservatives has been plotting at the White House with Mr. Trump and Vice President Pence. Mr. Pence’s presence is notable because he will preside over the electoral vote counting at the Jan. 6 joint session of Congress.

If just a single senator signs on to the objections, lawmakers must engage in a lengthy debate and vote that would serve as another toxic loyalty test for congressional Republicans: Mr. Trump or democracy. Incoming Alabama senator Tommy Tuberville (R) has already signaled interest in forcing that vote. Many Republican lawmakers will be tempted to sign on to the objections or vote to sustain them, calculating that the Democratic House and a handful of GOP senators will vote to uphold Mr. Biden’s victory, anyway. But their votes would not be costless. Their collaboration with Mr. Trump would heighten the chances of a future Congress controlled by one party overturning the results of a presidential election, based on fake fraud allegations.

Republican lawmakers who are cowering before Mr. Trump must find the self-respect that Mr. Barr, Pentagon officials and others have summoned over the past several days. Indulging Mr. Trump’s lies about a stolen election and his corrupt efforts to negate the people’s will corrodes self-government and stains their reputations forever.