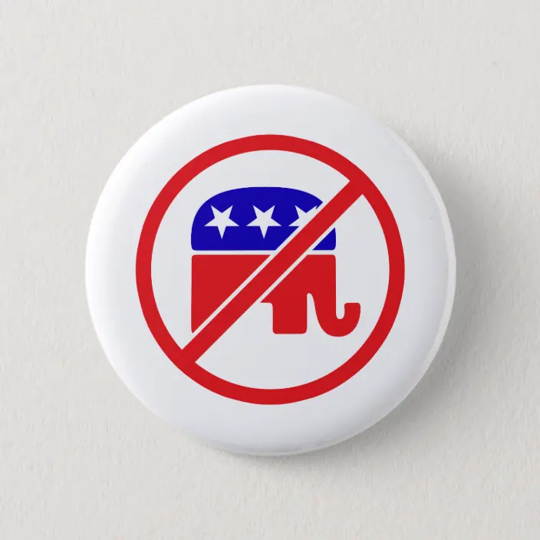 Trump’s GOP has made it clear this week who should ‘just comply’ with law enforcement, and it isn’t him.

It is blindingly obvious at this point that today’s Republican Party believes rules are for other people. And those values they claim to live by? Inviolable, as long as they work in their favor.

Respect for our military is everything when a Black football player takes a knee, but nothing when it comes to top commanders trying to remain loyal to the Constitution or protecting veterans’ health. Shrinking government is an article of faith when it comes to taxes, but anathema when it comes to teaching actual American history in schools or allowing people control over their own bodies. We must let the market decide everything, unless a corporate behemoth must be punished by the state for being insufficiently antigay.

We’re not talking about nuances or exceptions here, but complete reversals of purportedly deeply held convictions. The list goes on, and will keep going on, because Donald Trump’s party has trained its most faithful voters to disregard bothersome notions like logic and consistency.

But even by GOP standards, this has been a week of gobsmacking hypocrisy.

As part of a federal investigation into whether Trump thieved classified documents from the White House and was still keeping some of them in his demonstrably unsecure Florida manse, the FBI got approval from a federal judge to search Mar-a-Lago.

In 2016, when the FBI revealed it was investigating Hillary Clinton’s mishandling of classified communications, Republicans reacted as if the universe had come apart. They argued her use of a private e-mail server should disqualify her from holding the presidency. At rallies, Trump reveled as his devotees chanted “Lock her up!’’ Back then, FBI agents were heroes.

Unlike the investigation into Trump’s former opponent for far less serious alleged transgressions, Trumpists maintain this is persecution — the Biden administration deploying the levers of government to disarm a political opponent. They are falsely accusing President Biden of doing exactly what Trump himself had tried to do repeatedly as president. Except when Trump did it, it wasn’t wrong, of course. Keep up here.

Never mind that the feds would have had to show compelling evidence to get a judge to sign off on any warrant, let alone this one, or that the agents appear to have tried to be as unobtrusive as possible. Never mind that no one was hurt in the search.

Now Republicans are talking like the Black Lives Matter protesters they so despised a couple of years ago — the millions who took to the streets across the country calling for justice and accountability after yet another Black man was murdered by police. Back then, Republicans said that those calling for an end to police brutality, and for diverting some of the billions of dollars we devote to policing, were attacking the public servants who stood between real Americans and chaos. All those who died in custody had to do was comply with whatever police had demanded of them, and nobody would have gotten hurt, they argued. “Blue Lives Matter,’’ became the rallying cry, and the GOP leaned hard into a law-and-order platform.

It soon became clear that Blue Lives Mattered when they were policing Black ones, but not so much when police were trying to hold off a violent mob at the US Capitol. And now the GOP is adopting the most radical positions of the crowds they deplored: calling for the FBI to be defunded or abolished and for the arrest of its agents. Some cultists have even advocated violence in the wake of the search.

The agents who could do no wrong when it came to Trump’s political enemies, like the officers who have the party’s unconditional support when they victimize Black and brown people, are now irredeemable. The “just comply’’ crowd is now resisting authority.

What changed? The class, complexion, and political affiliation of their target, for starters. And the political needs of a party with no core and few principles — beyond the pursuit of power.

That’s the one position on which Trump’s GOP will never waver.

Facebook
Twitter
Email
PrevPreviousOpinion: Biden is racking up wins but getting no love for it
NextWhat happened at Mar-a-Lago is good for democracyNext