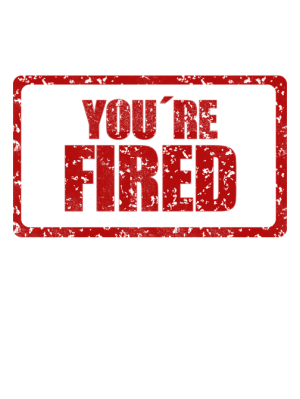 Opinion by the Washington Post Editorial Board on Oct. 23, 2020

President Trump’s newest executive order, signed without fanfare this week, could prove one of his most insidious.

The directive from the White House, issued late Wednesday, sounds technical: creating a new “Schedule F” within the “excepted service” of the federal government for employees in policymaking roles, and directing agencies to determine who qualifies. Its implications, however, are profound and alarming. It gives those in power the authority to fire more or less at will as many as tens of thousands of workers currently in the competitive civil service, from managers to lawyers to economists to, yes, scientists. This week’s order is a major salvo in the president’s onslaught against the cadre of dedicated civil servants whom he calls the “deep state” — and who are really the greatest strength of the U.S. government.

The administration grounds its action in the need to rid itself of “poor performers.” Certainly, there’s room for reform to the cumbersome process required to remove those who fall short of standards. But this president’s criteria for determining satisfactory performance begin and end with personal loyalty. The White House admitted last winter to seeking to purge from payrolls those deemed insufficiently reliable — the “bad people,” in Mr. Trump’s words. The protections for career civil servants currently in place at least put some roadblocks on that path, hence this legally dubious plan to erase those protections with a touch of organizational sleight of hand. Not only will politically motivated firing become easier, but it will also be easier to hire those who meet Mr. Trump’s standards: obsequiousness and, more often than not, a lack of qualifications. With no competitive process in place, leaders can appoint whom they please — or rather, who pleases them.

The order is so vaguely written it is unclear exactly who would fall into the category it conjures up. It is clear, though, that the targets are the cream of the civil service crop — precisely those who have frustrated the administration in its attempts to impose its agenda over ethics, evidence and good sense. Think of the Federal Aviation Administration employee evaluating whether an airliner is safe to fly, or the federal prosecutor deciding in a sensitive case whether to seek an indictment. Think of the Food and Drug Administration employee evaluating the efficacy of a vaccine.

This scheme, if it stands up in court, would transform a substantial portion of the professional federal workforce into a political federal workforce. Evidence-based decision-making would fall to cronyism; expertise would go out the window and patronage would fly in. The repository of knowledge that distinguishes our nation’s government, ready to be furnished no matter who sits in the Oval Office, would drain away. This is, of course, what today’s occupant of the Oval Office has wanted all along. The deadline for agencies to complete their review is Jan. 19, the day before the inauguration — which means Mr. Trump will try to realize his sad vision in his second term, unless voters are wise enough to stop him.