US Representative Sean Patrick Maloney shows how it is done 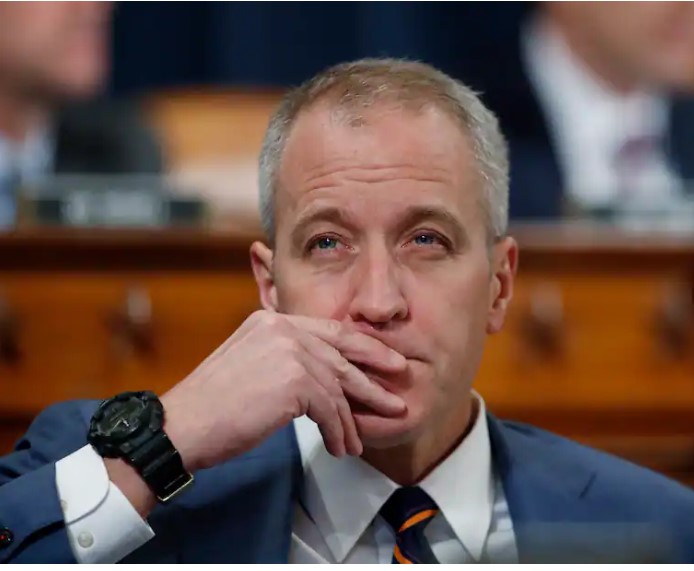 He might not be a household name, but Rep. Sean Maloney (N.Y.) is among the Democrats most attuned to the public mood. Politico reports that Maloney, head of the Democratic Congressional Campaign Committee, recently shared some polling with members of his party confirming that they better not ignore “cultural” issues. Voters do care about issues such as crime and keeping their kids in school. Changing the subject to jobs is a poor strategy.

I discussed this topic back in December with Jonathan Cowan, president of the moderate think tank Third Way and a founder of Shield PAC. He saw then that while critical race theory may be a distraction, parental involvement in schools is a real concern. He counseled exactly what Maloney is urging right now: Don’t run from voters’ concerns.

Maloney, during a recent appearance on MSNBC’s “Morning Joe,” deftly demonstrated how Democrats must share the concerns of voters on crime, recognize inflation is serious (and requires a short-term plan to alleviate price increases until the pandemic subsides), and talk up substantial accomplishments — including the infrastructure plan and the American Rescue Plan, which saved countless small businesses. Maloney is correct that PowerPoints don’t win elections. Neither does telling voters their concerns are exaggerated. Maloney praised New York City Mayor Eric Adams, the former police captain who ran on a crime-fighting message, as a perfect “template” for Democrats.

Democrats might also want to take a look at the Los Angeles mayoral election. In the overwhelmingly Democratic city, two issues dominate the race: homelessness and crime. Residents want a livable city. Rep. Karen Bass (D-Calif.), who remains the top candidate to lead the city, has had to respond to increasing crime rates by adding a pledge to her campaign to put more cops on the beat. Meanwhile, billionaire Rick Caruso has entered the race touting his business background. The Associated Press describes him as a “one-time Republican who recently registered as a Democrat” and who is running “as an outsider who wants to add 1,500 police officers.”

New York and Los Angeles are progressive strongholds, yet voters there are sounding like frustrated centrists. The same is true of San Francisco, which recently recalled three school-board members who spent their energy during the pandemic attempting to rename schools and upend merit-based admissions for one of the city’s elite schools. If voters there are focused on public safety, quality of life and no-nonsense school policies, imagine how voters in much redder districts feel.

That’s Maloney’s point: Pay attention to what voters are paying attention to. His plain talk and exhortation for Democrats to take credit for their accomplishments comes at a moment when the economy is booming and the omicron variant is starting to fade, potentially offering a return to some semblance of “normal.”

Democrats also have the benefit of running against an unhinged, radical Republican Party that has dropped its traditional “law and order” politics for anarchy and obstructionism.

President Biden recently asked in a news conference, ”What are Republicans for?” Well, they are not for shoring up police departments and first responders, as evidenced by their unanimous opposition to the American Rescue Plan, which included funds to keep state and local employees on the payroll. But they are for defending violent Jan. 6 insurrectionists, egging on vigilantes and protecting people who threaten airline personnel and local government officials. Is that what voters want?

Now would seem a particularly auspicious time for Democrats to reclaim the issue of crime. They should also reclaim education. After all, the rescue bill included hundreds of billions of dollars in funding for schools, and Democrats helped return virtually all children to in-person learning.

Maloney should get out more, and Democrats should heed his advice if they want to keep their majorities in the House and Senate. For articulating a winning message and reminding Democrats they have an impressive record to run on, we can say, well done, Rep. Maloney.

Facebook
Twitter
Email
PrevPreviousRick Scott responds to criticism of his 11-point GOP plan without talking about tax hike
NextDemocrats! Double-check your voter registration to ensure your party affiliation has not been changed by Republican operativesNext