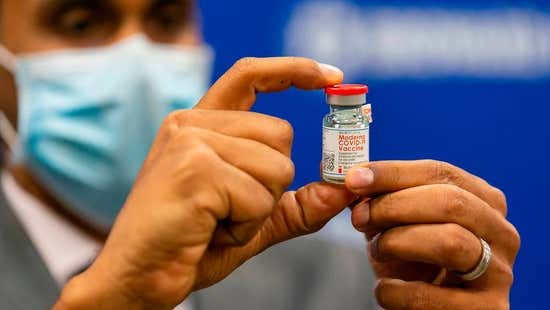 Vaccines saved millions of lives in the pandemic, and the mRNA technology was rolled out in record time. It counts as a massive success and might help fight other diseases, too. Nonetheless, populist Florida Gov. Ron DeSantis (R) last week demanded a grand jury investigate “criminal or wrongful activity in Florida” involving the “development, promotion and distribution” of coronavirus vaccines. As public opinion shows vaccine hesitancy is growing, Mr. DeSantis’s move is not only absurd but also dangerous.

Vaccines work. A mathematical model, based on country-level data, found they directly saved some 15.5 million lives worldwide in the first year they were available, and millions more indirectly. The speed with which mRNA vaccines reached people was a spectacular scientific achievement, given the history of vaccine development. Three decades of research has yet to produce a viable vaccine to prevent or treat HIV/AIDS.

The coronavirus vaccine had some drawbacks. Over time, effectiveness waned from the initial clinical trial results of more than 90 percent efficacy. Hence the need for boosters. Nonetheless, vaccines remain a bulwark against severe illness, hospitalization and death. Adults who received the latest booster shots cut their risk of having to visit an emergency room or being hospitalized by 50 percent or more, the Centers for Disease Control and Prevention reported Friday.

Mr. DeSantis, who is positioning himself to seek the 2024 Republican presidential nomination — and by one recent poll is running ahead of former president Donald Trump — has not been shy about politicizing public health measures, attacking lockdowns and mask and vaccine mandates. Now, he has taken it a step further with a petition to the Florida Supreme Court seeking empanelment of a statewide grand jury — which in Florida can carry out broader investigations of government — on vaccines. In a crude appeal to the anti-vaccine movement, Mr. DeSantis’s petition darkly implies that public reassurances of vaccine efficacy were driven by “financial gain.”

The vaccine hesitancy that has spread during the pandemic carries real-world impact. Professor Peter Hotez, who co-led development of a vaccine for low- and middle-income countries at the Texas Children’s Hospital Center for Vaccine Development at Baylor College of Medicine in Houston, has pointed out that some 200,000 Americans “needlessly lost their lives in the last half of 2021 and into early 2022 because they refused a coronavirus vaccine during our terrible delta wave.” Even now, booster uptake is low.

Meanwhile, the Kaiser Family Foundation reports that support for the measles, mumps and rubella vaccine requirement for healthy children to attend public school has declined from 82 percent in October 2019 to 71 percent today. Twenty-eight percent of those polled “now say that parents should be able to decide not to vaccinate their school-age children, even if this creates health risks for others,” up from 16 percent in 2019.

Want to see life without vaccines? Just look at the way measles spread like wildfire among unvaccinated children in Columbus, Ohio, recently.

A scientific achievement so overwhelmingly beneficial to humanity ought not be forsaken in the interest of scoring political points. The truth is as simple as this: Vaccines save lives.