Val Demings & Marco Rubio are on opposite ends of abortion debate, but will a single issue mobilize voters? 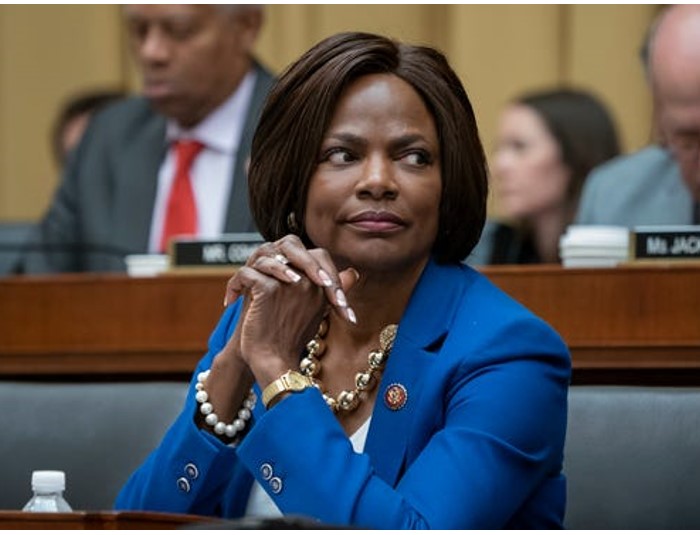 With all eyes on the Supreme Court’s expected decision to overturn Roe v. Wade, Marco Rubio and Val Demings stand on opposite sides of the debate over abortion access.

And that difference could not have been clearer during two recent events. On May 14, Democratic U.S. Rep. Demings rallied for abortion access and blasted her opponent during a conference in Orlando for the abortion rights group Ruth’s List.

“Let me be clear: A woman should have the right to choose,” the Senate hopeful told a roaring crowd.

Just a few hours later, at a venue nearby, GOP Sen. Rubio spoke of his long-time pro-life beliefs at a dinner for the conservative Florida Family Policy Council.

“To me, it is not about telling anybody what they can do. It’s about telling us as a society what we value,” said Rubio, who is seeking his third U.S. Senate term.

Whether abortion will move the needle for either of the leading U.S. Senate candidates on Election Day remains to be seen.

In the wake of a leaked Supreme Court opinion suggesting a majority of justices would overturn the landmark 1973 Roe v. Wade case, Democrats have rallied around abortion as an issue that could mobilize voters to support a party already beleaguered by inflation, rising gas prices and President Joe Biden’s low approval ratings. Republicans have stayed largely mum, encouraging supporters to wait on a final decision and lambasting the leak, first reported by Politico.

A University of North Florida poll released in February found that 57 percent of respondents opposed the Legislature’s move to ban abortions after 15 weeks of pregnancy.

That may help Demings, who would be wise to highlight the issue on the campaign trail, said Michael Binder, a UNF political science professor and faculty director of the Public Opinion Research Lab.

Florida’s increasingly conservative posture could also help Rubio among voters who care about abortion, said Binder, but other pocketbook issues may connect with a wider pool of voters.

“I’d be talking about inflation, gas prices — all the other problems that have besieged this country with Biden as president,” Binder said.

A Florida Atlantic University poll reported similar findings. The survey, released Wednesday, found that two-thirds of respondents believe abortion should be legal in most cases. That included more than half of the Republicans who were surveyed.

“However, it is not clear this issue will drive voting as abortion was only ranked as a high priority issue by 39 percent of Floridians,” said Kevin Wagner, a Florida Atlantic political science professor and research fellow at the university’s Business and Economics Polling Initiative, in releasing poll results.

A south Texas congressional race may also be a harbinger for abortion’s role in upcoming elections. Democratic U.S. Rep. Henry Cuellar — the lone House Democrat to oppose abortion rights — is up against challenger Jessica Cisneros in a primary runoff election.

The progressive lawyer aggressively campaigned against Cuellar and his anti-abortion stance, and the election drew national attention and dollars from abortion rights groups.

The race was too close to call early Wednesday, but one thing was clear: the abortion issue did not ignite a big turnout. Only about one in 10 registered voters went to the polls.

In Florida, Rubio is leading Demings, according to RealClear Politics, which tracks and averages polling tallies in major congressional races nationwide. Demings has a slight fundraising edge over Rubio, the latest campaign finance reports show.

Both candidates have criticized the other’s abortion stance as radical. A Demings spokesperson characterized Rubio’s position as “extremist.” The senator has said consistently that he is against all abortions unless a woman’s life is at risk, including in cases of rape or incest — although he has supported policies that include those exceptions when the net result is fewer abortions.

That stance is in line with his May 14 speech, which also addressed media bias and the role of faith in politics.

“The problem is there’s another person involved now,” he said, according to a transcript of his remarks released by his Senate office. “There’s another human being that, from the moment of conception, is fully human, has all the attributes of humanity … and all they are missing is the time and the nourishment to grow and to prosper like anybody else.”

Demings has said she supports abortion up until the point of viability — about 24 weeks into a pregnancy — and beyond that if a woman’s health is at stake. She co-sponsored legislation that would have codified Roe v. Wade into federal law, which a Rubio spokesperson characterized as supporting abortion “up until the moment of birth.”

However, the Women’s Health Protection Act allows for abortions beyond fetal viability only when a pregnant person’s health is at risk. The bill failed to overcome a Republican filibuster.

Hours before Rubio’s pro-life speech, Demings raised the issue during a keynote address at the Ruth’s List “She’s The Change” conference. Invoking “a woman’s right to choose her own destiny,” she criticized her opponent’s stance, noting she investigated sexual abuse and rape cases as an Orlando police officer. She served 27 years in the city’s police department and was named the agency’s first female police chief in 2007.

She also pointed to Rubio’s support as a state lawmaker two decades ago of a Florida bill that became known as the Scarlet letter law.

The 2001 legislation required a single mother seeking adoption for her child and who doesn’t know who the child’s father is to publish her sexual history in the newspaper in an effort to obtain the father’s approval for the adoption. That undermines a common pro-life refrain that a woman can put her child up for adoption in lieu of an abortion, said Demings campaign press secretary Devon Cruz.

“Even though they are offering the solution to not having an abortion, they’re not going to let you get away with it without shaming you publicly,” Cruz said.

The law was repealed two years later with unanimous support in both chambers, including the House, where Rubio was serving his second term as a representative.

Campaign Communications Director Elizabeth Gregory declined to elaborate on Rubio’s initial support of the bill. She pointed to an op-ed that outlines Rubio’s plan to help low-income mothers and their babies in a post-Roe world.

“The murder of the unborn is a national tragedy, and I will never shy away from defending their right to life,” he wrote May 11 in The Washington Times. “However, being pro-life has always meant more than being against abortion. Being truly pro-life requires an understanding of the pain and struggle, arising from serious difficulties and responsibilities motherhood entails.”

Kathryn Varn is statewide enterprise reporter for the Gannett/USA Today Network – Florida. You can reach her at [email protected] or (727) 238-5315.