Vote By Mail works — don’t mess with it! 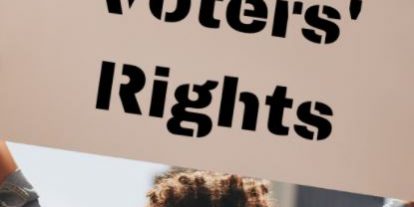 Editor’s note: SB 90 is on the Wednesday, March 10, meeting agenda of the Senate Governmental Oversight and Accountability Committee. This bill will limit the duration of requests for vote-by-mail ballots to all elections held within a calendar year of a request (currently 2 election cycles). It places unnecessary and unwarranted constraints on requests for mail in ballots and suppresses voter turnout. Statewide, supervisors of elections oppose this unnecessary bill. Write and call Senator Gruters at [email protected] and (850) 487-5023, urging him to vote NO on SB 90

Why was the change proposed? Remember that Gov. Ron DeSantis won the 2018 election by only 32,000 votes and in 2020 Democrats’ vote-by-mail strategy was very effective — 45 percent of Democrats voted by mail compared with 31 percent of Republicans. To ensure DeSantis’ victory in 2022, Baxley is erecting barriers for Democrats.

There is no evidence that any voter fraud occurred in the 2020 presidential election requiring any changes to Florida’s election procedures. In fact, Secretary of State Laurel Lee, a Republican, said, “I’m not personally aware of” election fraud in 2020, adding that she received no complaints from law enforcement.

The true intent is obvious; this bill smacks of a partisan attempt to reduce Democratic voter turnout. And if you aren’t convinced it’s a partisan bill, take a look at the last few lines of the proposal: the change applies retroactively to the next election!