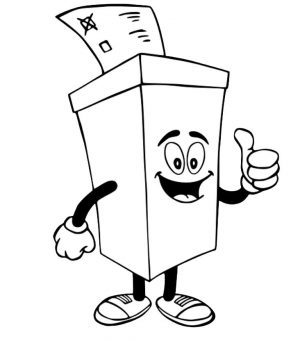 In the November 2018 election, Amendment 4 passed with 65% of the votes. Effective January 8, 2019, it restored ‘…voting rights of Floridians with felony convictions (except murder and sexual assault) after completion of all terms of sentence including parole or probation’ to 1.4 million ex-felons in Florida which represents more than 20% African Americans, and an average annual income $15,000.

In March 2019, DeSantis signs Senate Bill (SB) 7066 to revise Amendment 4 to include all monies associated with the conviction.  What monies are owed? Fines at conviction; court costs–required by law to self-finance; finance charges attached to cases in credit collection (typically at 40% markup of original costs) and victim restitution from 3rd party records.

SB 7066 included alternatives for sentence completion effective as of July 1, 2019: Clemency (good luck); County Clerk of the Court written termination of sentence; and judicial conversion to community service completed before being eligible to vote. Approximately 800,000 of those affected by Amendment 4 had paid all monies owed and remained eligible to vote.

The State never addressed the eligibility status of those owing monies who registered to vote between January 9 through July 1, 2019. Total confusion ensued: 20 State Attorneys, 67 County Clerks of the Court, 67 County Courts and 67 Supervisors of Elections had to navigate their way through dysfunctional, arbitrary county record-keeping morasses to determine if a person was eligible to vote.  Five counties created judicial ‘rocket dockets’: if the ex-felon completed incarceration/parole/probation (IPP), then he/she could petition to determine if their sentence was complete. The District’s State Attorney and the County Clerk of the Court along with the petitioner then presented documentation to a judge.  If the judge determines ‘sentence completed in full’ the individual was eligible to vote.

Concurrently, the Florida Restoration Rights Coalition (FRRC) started grassroots fundraising to pay monies owed for indigent ex-felons, who had completed IPP. FRRC created a database of individuals who completed IPP but owed money. Individuals who seek assistance from FRRC jointly approach the Clerks of the Court, negotiate the amounts due, pay the amount in full and then the individuals are eligible to vote. Grassroots funding totaled $7,000,000 since 2019.  Michael Bloomberg recently raised an additional $20 million. At least $775 million is required to pay monies owed for all currently in the pipeline for voter rights restoration. Florida Republicans, Congressman Matt Gaetz, Governor Ron DeSantis and Attorney General Ashley Moody are now investigating Bloomberg for ‘voter bribery.’

The Florida Supreme Court has 7 justices as Governor appointees. They appear on the ballot at least one year after appointment and then every six years thereafter when the electorate determines ‘merit retention’. They must retire at age 75.

The 11th Circuit Court of Appeals has 12 judges, nominated by the President (6 by Trump) and approved by the Senate.

In 2019, 17 specific ex-felons represented by a multitude of voting rights groups filed a federal lawsuit “Jones et al v Florida” which the Governor amended to Jones et al v DeSantis after SB 7066 was enacted. In October 2019, Judge R. Hinkle, U.S. District Court for the Northern District of Florida, filed an injunction and allowed the 17 plaintiffs to register to vote and warned the State of Florida to fix serious issues it could not defend.  DeSantis appealed to the 11th Circuit Court where a panel of three judges agreed with Judge Hinkle’s decision.

In February 2020, Judge Hinkle heard trial arguments. On May 24, 2020, his final opinion identified some parts of SB 7066 as constitutional and other parts as unconstitutional components of the law, i.e.,  the hardships Florida’s felons face to determine monies owed and an individual’s ability to pay as “Sometimes hard, sometimes easy, sometimes impossible to determine what is owed.” The ruling included specific steps Florida must take to rectify facts, defined that indigence allows an individual to register to vote; clearly explained ‘indigence’ as those who could not afford lawyers at the time of their latest conviction and as currently qualified for federal or state aid.

DeSantis filed an en banc appeal (for all judges, rather than one judge to hear the case) to the 11th Circuit Court of Appeals.  Attorneys for Jones et al filed motions requesting disqualification of three judges (Lagoa, Luck, Brasher) because Lagoa and Luck sat on the FL Supreme Court for the DeSantis ‘advisement’ opinion; and Brasher sat on a federal district court in Alabama when Alabama’s Attorney General filed an amicus brief (friend of the court) on behalf of DeSantis in the case,.  Brasher removed himself from the hearing because he “…had established a policy of not participating in cases in which the Alabama attorney general’s office had represented a party for about two years.’

In a 25-page opinion, Lagoa and Luck refused to recuse themselves, because the ‘advisement’ had not been an actual ‘case.’ They included all their own testimony to the U.S. Senate at the time of their confirmation hearings that they ‘would recuse in cases previously presented to’ them.

Judge Rosenbaum recused herself from the hearing because ‘…she sat on the U.S. District Court for the Southern District of Florida in 2014 and did not want to display any bias in the case.’

Ten judges then heard the case on August 18, 2020.  The Court reversed Judge Hinkle’s decision in a 6-4 majority opinion on September 11, 2020.  The Chief Judge authored the majority opinion which incorporates language nuances rather than application of access to voting rights. A second opinion was authored by Lagoa herself with only the Chief Judge signing her opinion.  You can read all these court filings—just Google Jones et al v DeSantis.

Hence, 700,000+ potential returning voters were denied access to the 2020 election cycle in the State of Florida.

How does Florida fix this?  VOTE—in 2020, elect more Democrats to the State House and Senate; in 2022, elect Democrats as governor and to State House and Senate seats AND vote NO on ‘merit retention’ on the four Supreme Court Justices who will appear on the ballot.  In January 2023, our new Democratic governor will appoint four Supreme Court justices who will uphold the will of the people as expressed in Amendment 4, way back in 2018!  Sometimes, the wheels of justice turn slowly.  Never lose the faith!

Image Credits: Image by Artjane from Pixabay.com
Facebook
Twitter
Email
PrevPreviousTrump may not be a tax fraud, but he is an utter business failure!
NextComparing the Dem vs. the Repub plansNext