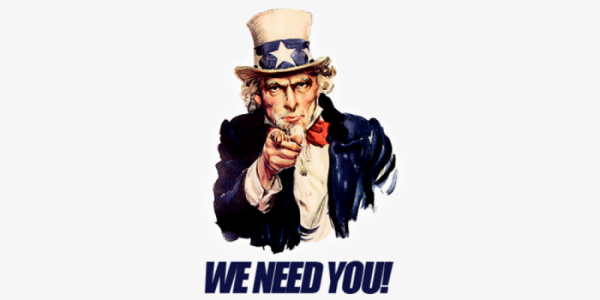 In the May 8th edition of the Daily Sun, the following editorial was published.

OUR POSITION: We would like to see any candidate running for office have to address the issues against an opponent.It’s a new game for candidates running for the Legislature in November’s elections. A redrawing of political districts has altered recent boundaries and territories for state House and Senate candidates hoping to represent Charlotte, Sarasota and DeSoto counties.

And, with a June 17 deadline for candidates to qualify to run, we’re concerned about a lack of movement.

For example, while we’re not privy to behind-the-scenes politics, we’ve yet to hear of any candidates — Republican or Democrat — running for election in a new Senate district for Sarasota County.

Republican state Sen. Ben Albritton is projected to represent Charlotte and DeSoto counties in Senate District 27, running unopposed, and Joe Gruters is likely to have no opposition for state Senate District 23, which takes in Manatee County. But, a new Senate district, District 22, will encompass all of Sarasota County including North Port and Venice. So far, no one has filed to run for that seat.

Michael Grant will surely be running again for his House seat in a newly realigned District 75, which includes Englewood, Rotonda West and western Port Charlotte along with North Port.

Charlotte County voters will also have a voice in the new District 76 that takes in Punta Gorda, Babcock Ranch, DeSoto County and a small northern piece of Lee County. Spencer Roach has announced he is seeking reelection in that district after serving only Lee County voters in the past.

We are well aware of the Republican dominance in Florida. The GOP holds a 78-42 edge in the House and has a powerful election fund-raising mechanism to help candidates win contested seats.

But we’re concerned about all the uncontested seats. Albritton, Grant, Roach and Gruters may sail into office without having to face an opponent. They could win election without having to explain to voters their position on topics like CRT, the dismantling of Disney’s special district, rising sea level risks, affordable housing, property insurance woes and the list goes on and on.

We believe voters deserve an opportunity for debates between opponents. They should have a choice — even in a heavy red area like Charlotte and Sarasota counties.

We have yet to meet Roach face to face so we have no opinion if he is the best candidate to represent Charlotte County, But, we believe it is especially important for a candidate like Roach, who does not live in Charlotte County and has never had to consider Charlotte’s issues as a legislator, to have an opponent from Charlotte County, which makes up a good portion of his district.

We could offer up quality candidates to take on Roach in a primary, or the general election. People like David Dignam, a prominent business owner in Englewood and someone who has a long history in Charlotte County is one. Or, how about Charlotte County Commissioner Chris Constance, who has distinguished himself as well versed on our problems and who never hesitates to give a qualified opinion. Maybe even Dr. David Klein, who suggests he wants to cut back on his many philanthropic activities but who has been an integral component of growth in Charlotte County and a strong voice to those who lack clout.

Democrat officials in Charlotte County say they have no candidates right now to take on any of these unchallenged incumbents. That doesn’t mean there could not be challengers in the Republican primary. The GOP likes to anoint its representatives and discourages primary opponents. But there’s always a first time for everything.

Someone needs to step up.

Facebook
Twitter
Email
PrevPreviousRoe v. Wade is at risk – A message from the Chair
NextProviding power to those who want solarNext