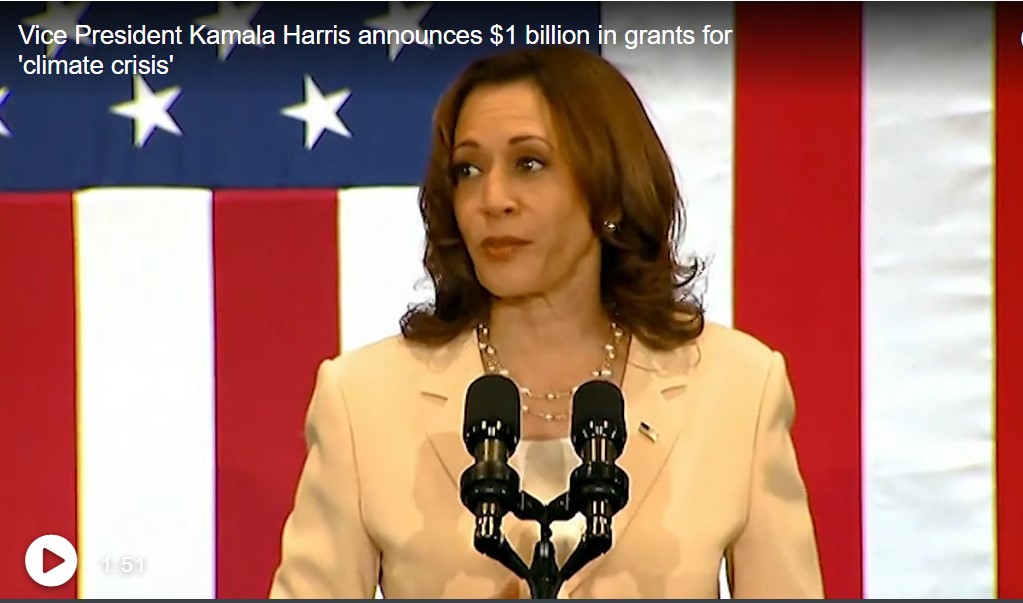 Miami is getting $50 million to protect low-lying communities from sea level rise and storm surge, thanks to $1 billion in new federal funding announced Monday by Vice President Kamala Harris in Miami. At Florida International University’s Sweetwater campus, the vice president said the federal case will provide an infusion to help states address extreme heat and flooding.

A string of states have been dealing with devastating extreme weather events this summer. At least 35 people have died in flooding in Kentucky alone over the last week, including children. “The takeaway is clear. As the climate crisis gets worse, extreme weather will pose a rapidly growing danger to a rapidly growing number of communities,” Harris said at FIU. “The president and I also have a duty to act not only after a disaster strikes but also before a disaster strikes, and that is why we’re here today.”

Florida has taken home millions from the federal program, called Building Resilient Infrastructure and Communities (BRIC), in recent years, including $50 million for the South Florida Water Management District and $23 million for Jacksonville.

The new $1 billion in funding will go to 343 cities, towns and counties nationwide, for projects like underground water storage in Kern County, Calif., upgrading the power grid in Austin, Texas and $50 million to prevent sea level rise flooding in Miami. The administration did not immediately provide details on the Miami project or any other Florida-funded projects.

“All of these projects will create good jobs and good union jobs,” Harris said. “These projects will also strengthen our economy by preventing billions of dollars of damage from extreme weather. Last month, President Joe Biden announced he was doubling next year’s funding to $2.3 billion for the BRIC program.

“The truth is, there is more need and demand for the projects this year than we were able to fund, but thanks to the Biden-Harris administration, we will be able to fund even more next year and in the year to come,” FEMA Administrator Deanne Criswell said at the FIU event.

Harris also mentioned the billions of dollars made available in the bipartisan infrastructure bill to help transition to clean energy and cut greenhouse gas emissions, like the 50 electric school buses Miami Dade County public schools have ordered. “Isn’t that exciting?” Harris said, to cheers from the crowd.

She touted the administration’s goal of addressing the root cause of climate change by slashing greenhouse gas emissions in half by 2030 and to zero by 2050. “Some say that is an ambitious goal, I say it is doable,” said Harris, who also attended a briefing at the National Hurricane Center during her visit and made a surprise stop at a Little Havana thrift shop dedicated to helping formerly incarcerated women get back on their feet. In response, a woman in the FIU crowd shouted “Let’s do it!” leading to another round of applause.

Facebook
Twitter
Email
PrevPreviousThere’s a miracle in Washington, and it’s all about taxes
NextWhat’s next in the attack on public education?Next