‘What are Republicans for?’  Just one thing. 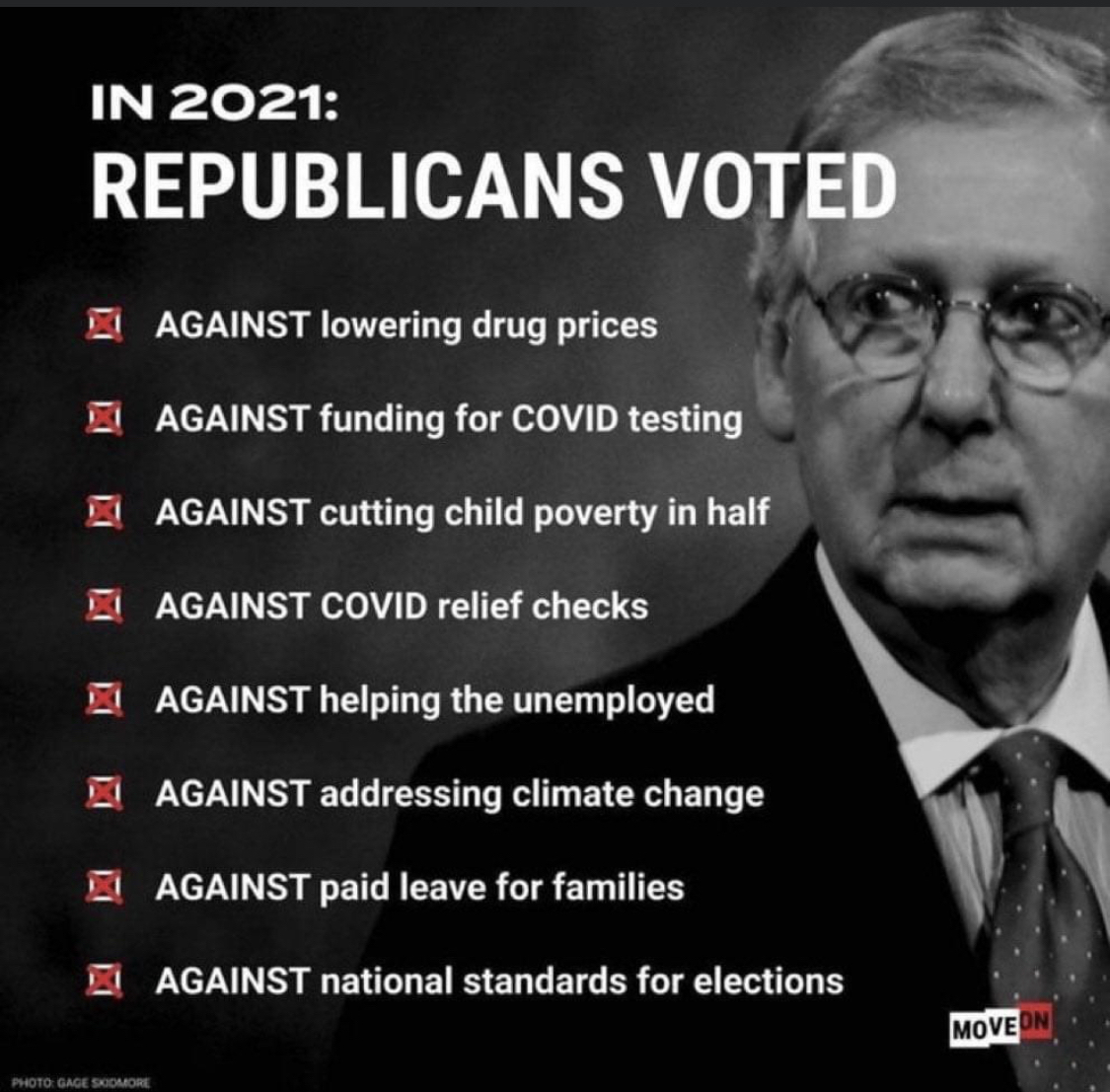 “What are Republicans for? What are they for? Name me one thing they’re for.”

When President Biden posed that question at his news conference last Wednesday, he no doubt meant it rhetorically.

But there is, in fact, an answer. Today’s Republicans are for whatever they think can restore them to power. When Senate Minority Leader Mitch McConnell (R-Ky.) was asked on Wednesday what agenda Republicans plan to run on in their bid to regain control of Congress in this year’s midterm elections, he replied: “That is a very good question, and I’ll let you know when we take it back.”

In the coming months, the party will have to come up with something that resembles an agenda, if only for appearance’s sake. But as The Post’s Jeff Stein and Laura Meckler noted, “Questions abound about the seriousness of that effort and whether the Republican policy platforms will amount to much more than a messaging effort.”

The GOP once prided itself, justifiably, on an intellectual seriousness that had made it the “party of ideas.” That label was bestowed on it in 1980 by a Democrat, New York Sen. Daniel Patrick Moynihan. Five years later, fresh off being re-elected in one of the biggest landslides in U.S. history, President Ronald Reagan declared: “The tide of history is moving irresistibly in our direction. Why? Because the other side is virtually bankrupt of ideas. It has nothing more to say, nothing to add to the debate. It has spent its intellectual capital.”

Now, pretty much the same could be said for the Republicans themselves. There was a time when it was easy to define conservatism as a set of principles. Republicans had their share of raging internal debates, but they always brought it back to a few big concepts — among them, limiting the size and reach of government, reducing taxes, strengthening national defense, and holding firm to traditional moral values. Not that they always hewed to their own convictions; fiscal discipline, for instance, was something that they were willing to suspend when one of their own was in the White House.

That Republicans had become completely dismissive of policy was obvious at least by 2020, when the party didn’t even bother to write a platform for its convention. The one-page document the GOP produced asserted merely that the Republican National Committee “enthusiastically supports President Trump and continues to reject the policy positions of the Obama-Biden Administration, as well as those espoused by the Democratic National Committee today.” Shorter version: We’re for whatever shifting sands Trump happens to be standing upon at the moment.

That was embarrassing for the GOP; what has happened since is dangerous. Conspiracy theories and disinformation have replaced the great philosophical debates of Republicans’ past. Their leaders view scientific imperatives, such as that people should wear masks and get vaccinated amid a pandemic, as opportunities to open new fronts in the culture wars that will stoke the anger of their base and bring that base to the polls.

Polls consistently show that a solid majority of Republicans have embraced the lie that the 2020 election — one of the most secure in history — was stolen from Trump through massive fraud. Many in their ranks have excused the behavior of the mob that attacked the Capitol in an effort to overturn the result. They have also elevated to national prominence a freakish cast of characters.

The thing is, all of this might well pay off for them this year, or seem to, thanks in part to Biden’s sagging poll numbers, to pandemic fatigue and to inflation. Democrats have also done themselves no favors by attempting to overreach the mandate they were given with their narrow majorities in Congress.

A little more than nine months before Election Day, Republicans appear to have a solid chance of taking back the House, and it’s probably even money that they will regain the Senate. But standing for nothing is not a long-term survival strategy for a party that has managed to win the popular vote in only one presidential election since 1988.

If and when they are put in a position of being responsible for governing again, Republicans will no longer be able to duck the questions Biden posed. They would do well to begin figuring out the answers now.

Facebook
Twitter
Email
PrevPreviousGovernor DeSantis prioritizes his political ambitions over the health and safety of working families
NextPalm Beach Post editorial board: “Senators Marco Rubio & Rick Scott are on the wrong side of the Voting Rights issue.”Next