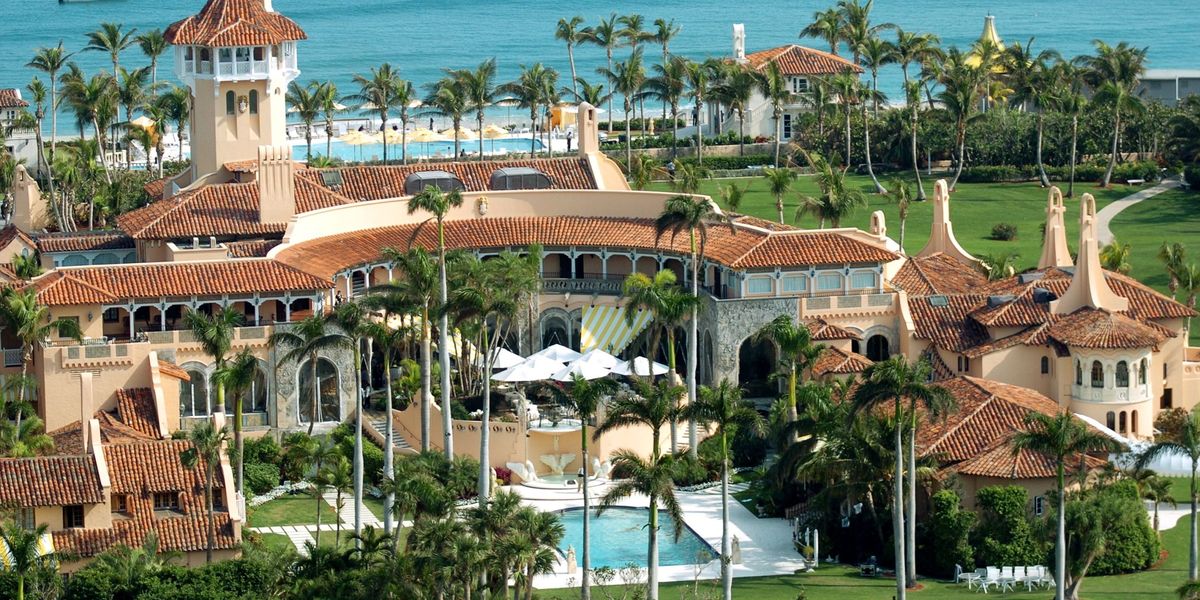 While Donald Trump claimed that the FBI searching his home was a sign of America’s decline, it was actually quite the opposite.

For the first time in American history, the FBI has executed a search warrant on a former president’s home. Of course it happened at Mar-a-Lago, and Donald Trump, to put it mildly, was not pleased. “It is prosecutorial misconduct, the weaponization of the Justice System, and an attack by Radical Left Democrats who desperately don’t want me to run for President in 2024,’’ Trump wrote in a statement. “Such an assault could only take place in broken, Third-World Countries. Sadly, America has now become one of those Countries, corrupt at a level not seen before. They even broke into my safe!’’

What happened at Trump’s residence — and to his safe — on Monday was certainly a stunning escalation of the Department of Justice’s ongoing investigations of the former president. And while it’s not yet clear what this may mean for Trump’s legal troubles or whether it could lead to him being indicted, the raid signaled a potential departure from a long-held tradition in the United States of placing presidents squarely above the law. Unlike his predecessors, Trump is now staring down the prospect of facing legal consequences for breaking the law while in the Oval Office. (His lawyers are reportedly preparing for criminal charges to be brought against him.)

But Trump’s statement was — surprise! — far from the truth. While he alleged that law enforcement clamps down only on ex-leaders in “broken, Third-World Countries,’’ you really don’t have to go that far back to find an example that proves him wrong. In 2012, French police raided former president Nicolas Sarkozy’s home as part of an investigation into an illegal campaign financing scheme. And just last year, Sarkozy was tried and found guilty of, among other things, trying to bribe a judge in exchange for information on that investigation. He was not the first French president to be prosecuted for misconduct; his predecessor Jacques Chirac was also convicted on corruption charges just a decade earlier.

What many people, including Trump and his allies, get wrong about prosecuting former presidents is that forgoing a system of presidential immunity in the United States would only further politicize the Department of Justice, which would be used to settle political scores rather than impose the rule of law. “You’re playing with fire,’’ Republican Senator Marco Rubio of Florida said of the Mar-a-Lago raid. “This is dangerous because someone else will be in power one day and now you have created the precedent for them to do this back to you. And then we become the Third World. And then we lose our country and our system of government.’’

In other words, Trump and Rubio would like you to believe that holding a president accountable for committing a crime will somehow lead to a lawless nation.

But as France and other democracies have shown, prosecuting former presidents is not the trigger that pushes a democracy toward autocracy. To the contrary, authoritarian movements have been threatening democracies all over the world regardless of whether those countries have a habit of holding their former leaders accountable for their misdeeds (see: United States).

Trump is also the last person who should be accusing anyone of undermining the Justice Department or American democracy. After all, he’s the one who campaigned on jailing his political opponent in 2016. He’s the one who, in a debate with Hillary Clinton, said that she would be in jail if he became president, accusing her of the very thing the FBI was reportedly searching his home for: evidence of the mishandling of classified documents. And he’s the one who asked for his military to be more like Hitler’s and actually tried to use the DOJ to overturn the 2020 election. These are the musings and actions of an autocrat, not someone who values democracy, and his comments about the investigations into him should be viewed in that context and subsequently dismissed.

None of this is to say that a prosecution of a former president in the United States is guaranteed to go smoothly. But it’s Trump’s reaction to the ongoing investigations into his wrongdoing that can indeed fan the flames of autocracy in America and cast doubt on the democratic process. Because if Trump actually cared about the nation’s institutions, neither he nor his party would be deriding these legitimate investigations as a witch hunt. The reality is that it’s their doing so — and not a prosecution of a former president — that could undermine American democracy.

But the justice system should not cower to such political threats because having federal law enforcement officers search the home of a former president is not a sign of democratic decline. It’s actually quite the opposite: It’s a hopeful display of a functioning democracy, one that could finally live up to its aspirational creed that no one is above the law — not even a president.

Abdallah Fayyad is a Globe columnist. He can be reached at abdallah.fayyad@globe.com. Follow him on Twitter @abdallah_fayyad.