What’s next for Florida’s Val Demings after a breakout 2020? 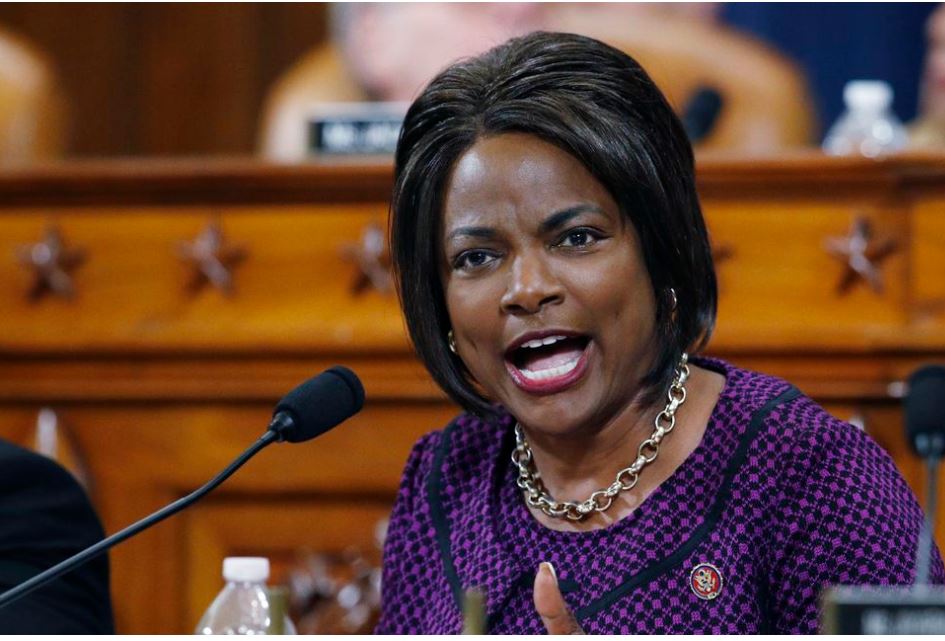 The vetting of Rep. Val Demings for vice president started with her earliest childhood memories.

From there, Joe Biden’s selection committee talked to classmates of Demings from elementary school. The members bugged her brother about events that took place in the Air Force when he was 20 years old. They asked about her pastor’s sermons. They demanded her social media passwords and 20 years of tax returns. When she couldn’t find her returns from 2006 and 2008, she had to hire a certified public accountant to track them down.

The committee spent 16 hours over four days just asking questions about Demings’ career in the Orlando Police Department. They discussed China, Iran and North Korea. They asked what she would do if Biden ignored her advice and chose an action she thought could be a grave mistake. “I said, ‘I would wrestle him to the floor,’ ” Demings recalled. She isn’t sure they liked the joke.

“It wasn’t long into the process that I realized why they asked me three or four times if I was willing to go through it,” Demings said. “Everything was under scrutiny and it just changes who you are.”

At the end of it, Biden picked someone else, Sen. Kamala Harris of California. Biden personally called to share the news. Then, a few months later, Demings was asked to introduce Harris at a rally in her home city.

Maybe some other Democrats walked into 2020 expecting to ride the emotional rollercoaster known as the veepstakes. Demings, 63, did not. She grew up poor, one of seven kids raised by a janitor father and maid mother. Former police officers don’t typically fit the mold, either. And as a two-term congresswoman relatively unknown outside Central Florida, Demings wasn’t on the radar of too many Democratic operatives 12 months ago.

But Demings stepped into the spotlight as one the first Democrats to call for President Donald Trump’s impeachment after the release of the Mueller report. She had a front-row seat to history (and a lot of scheduled airtime on cable news) as one of just three members of Congress tasked with investigating the president as a member of the Intelligence Committee and drafting possible articles of impeachment on the Judiciary Committee. Then came a starring role last January as one of the impeachment managers for House Democrats during Trump’s Senate trial, where she proved to be a powerful orator.

National Democrats leaned on her again following the death of George Floyd, a Black man who died after a white Minneapolis police officer knelt on his neck for more than 8 minutes. Her unique background as a Black woman and a former police chief gave her credibility to address the national unrest in ways few could. She channeled her angst into a provocative Washington Post op-ed that asked her former police colleagues: “What in the hell are you doing?”

As Florida Democrats lick their wounds from a humiliating election year, there is already buzz building around Demings. At the top of the ticket in 2022 are races for governor and U.S. Senate, and Demings could make a compelling case to be the party’s nomination for either.

“She has no skeletons, she has done nothing but achieve, she is an incredible speaker, and she was a police chief,” said John Morgan, an Orlando lawyer and Democratic fundraiser who urged Biden to pick Demings as his running mate. “I think she has runway if she wants to do something.”

Demings said she hears the chatter. She expects to sit down with her family — including the other half of Orlando’s political power couple, her husband and Orange County Mayor Jerry Demings — early next year as she weighs options. The ballooning fundraising demands of a statewide campaign have forced candidates to decide sooner and sooner. By March of 2017, the eventual Democratic nominee, Andrew Gillum, had already announced his plans to run in 2018.

“Leadership rises to the top when you’re in trouble and in Florida we’re in trouble,” Demings said in a recent interview with the Tampa Bay Times. “I’ll continue to listen to the people and I’ll see where it takes me. I’m excited about the future.”

If she attempts a jump to statewide, Demings is likely to run into other ambitious Democrats. Two-time congressional candidate Allen Ellison has already announced he intends to make a play for the U.S. Senate seat occupied by Republican incumbent Sen. Marco Rubio, who is expected to seek another term. Rep. Stephanie Murphy, another Orlando-area Democrat, has also been urged to run against Rubio, though she told the Times recently it’s too soon to talk 2022.

Former state Rep. Sean Shaw thinks Demings has an advantage: She is a Black woman at a time when the party is finally acknowledging that Black women are the bedrock of the Democratic base. While Trump made inroads into Florida’s Latino and Jewish communities and siphoned off a small but sizable portion of Black male voters, 91 percent of Black women voted for Biden, according to exit polls.

A record number of Black women are running for office — and winning. The U.S. House will swear in more Black women in 2021 than it has ever before. In November, St. Petersburg residents made Michele Rayner the first openly LGBTQ woman of color elected to the state House of Representatives. Across the bay in Tampa, state Rep. Fentrice Driskell won re-election without a challenge.

Shaw said it’s time for the party to “put up or shut up” by elevating even more Black women to higher offices or risk more discord. Demings, he said, is a good place to start.

“As someone who has run statewide and might think of it doing it again, she would clear me (out of the field),” said Shaw, the party’s nominee for attorney general two years ago. “And I assume other people would feel the same. I really hope she does something in 2022. No matter what she decides to do, I will endorse her on Day One.”

But like Harris, a former California prosecutor, Demings’ consideration for Biden’s vice president was complicated by her previous career. She was questioned by young activists of color, who spent the summer demonstrating against unequal treatment of Blacks by the criminal justice system while calling for a dismantling of police department budgets. Amid the presidential campaign, the Orlando Sentinel published an investigation into the Orlando Police Department that tallied 3,100 instances of police using force from 2010 to 2014 — far more than agencies of a similar size, the newspaper concluded. Demings retired as police chief in May 2011.

Stephanie Porta, executive director of Orlando-based social justice group Organize Florida, was among those critical of Biden for considering Demings. Asked about Demings as a statewide candidate, Porta said, “I’m excited for the fact that she’s thinking about running so we can move up our next class of leaders.”

Other progressives remain intrigued by Demings. In June, at the peak of the vice presidential speculation, Demings wowed Hillsborough County Democrats with an appearance at their virtual fundraiser. After the event, Jessica Vaughn, recently elected to the Hillsborough County school board and a supporter of Sen. Bernie Sanders during the Democratic primary, acknowledged that some progressives like herself are uncomfortable with Demings’ police background.

But, she added, “I’ve seen (Demings) speak three or four times in person and she always inspires me. We need to elevate Black voices.”

Orlando Mayor Buddy Dyer, who first introduced Democratic recruiters to Demings in 2015, said his former police chief could “serve 20 years in Congress and perhaps be Speaker at some point” but wouldn’t be surprised if she found other paths to serve.

“She’s a ‘rise to the occasion’ type of person,” Dyer said. “She’s extremely cool under pressure, she can excel in different environments.”

Demings believes her experiences allow her to see many sides of the debate over the future of policing in America. She grew up in Jacksonville where she recalled being called the N-word as a four-year-old girl. She attended segregated schools. She was a social worker before joining the Orlando Police Department at age 26. After graduating from the police academy, she walked the streets of the city’s Black neighborhoods on patrol as she rose up the ranks. She was named police chief in 2007, the first Black female to hold the job.

She does not support defunding police departments, but believes departments need more training while cities need more social workers who can be called instead of law enforcement.

“People have their opinions and ideas but I know police departments are better when they reflect the diversity in their communities,” Demings said. “You can’t say they don’t have fairness because their departments aren’t Black and then criticize the ones where there are Black officers trying to make things better from the inside out.”

Demings for now is preparing to serve another term in Washington, where Democrats will control the White House and maybe the Senate. Once the pandemic is behind the country, she hopes the new Congress and a Democratic administration will tackle criminal justice reform and gun violence.

She also wants to take an active role in helping the Democratic Party figure out why it keeps losing statewide races.

“We have some work to do and I think we should take a deep breath,” Demings said. “Some are looking for a villain. In Orlando, with Disney, there’s always a villain.”

She added: “Fresh blood is a good way to start.”