Who’s really to blame for inflation 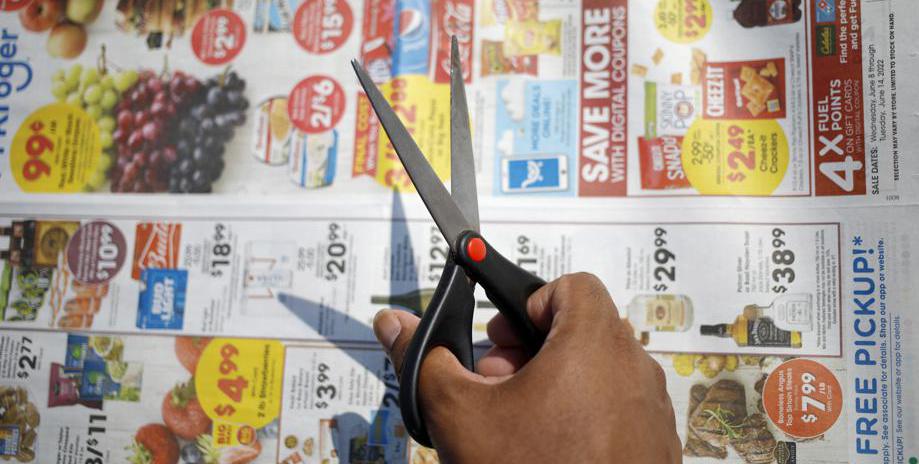 Big corporations are taking advantage of the expectation of higher prices to rack up huge profits.

Costs for big corporations are coming down, but companies are choosing profiteering over passing their savings on to customers.

By now, you’ve probably heard the good news. After more than a year of surging inflation, gas prices are down, pandemic supply chain snarls are starting to ease, and shipping costs for companies are coming down. But instead of passing on the savings to customers, companies are making a different choice.

Big corporations are choosing to keep prices high for consumers, even as their own expenses, for things like materials and transportation, go down.

While the Biden administration and its economic response to the pandemic have become easy scapegoats for those who wish to assign blame for stubbornly high prices, especially as midterm elections draw closer, the facts tell a different story. And ignoring the ways in which corporate price hikes are contributing to higher prices will only prolong the crisis.

This isn’t just speculation. My colleagues at Ground Collaborative and I pored over recent earnings reports from the nation’s biggest companies. We learned that their executives are admitting to the strategy of keeping prices high because it means bigger profits for their companies and massive payouts to their shareholders.

For example, the CEO of PPG, a Fortune 500 paint corporation, was asked if the company would lower prices as the cost of raw materials subsides. In response, he said, “We’re not going to be giving this pricing back. … [W]e’re telling people, this is the new price and if you don’t like it, please don’t place purchase orders.’’

Then there’s HB Fuller, an industrial supply giant. Its CEO recently told investors that even as costs decline, the company expects “sizable margin expansion’’ (read: bigger profits) because of “extremely sticky’’ prices. “Price stickiness’’ is a term for prices staying roughly the same even as the costs of producing and selling things change. But sticky prices aren’t an iron law of nature, like gravity. The CEOs choose to keep them sticky — because sticky prices and declining costs make a profitable combination.

HB Fuller also revealed that it will be “pushing harder’’ on price increases. Its CEO told analysts, “We don’t reduce prices on the back end of these increases,’’ adding, “a nice light recession would be perfect for us’’ because it would bring raw material costs down even more.

And Autozone’s CEO said the company had increased prices owing to inflation, and “following periods of higher inflation, our industry has historically not reduced pricing to reflect lower ultimate cost.’’

This strategy is especially evident in the food industry, where grocery prices jumped 13.6 percent in August. One example involves Hormel, the Fortune 500 food giant that makes all manner of processed meats, from pepperoni to Spam. Its CEO didn’t mince words, explaining, “Our grocery products pricing is very sticky, and so the pricing that we’ve taken and that we’re in the midst of executing the additional price increase, that pricing will by and large stay.’’

Kraft Heinz, which puts boxed macaroni and cheese and ketchup on America’s tables, is following suit. The company has admitted to looking forward to decreases in inflation while it keeps its price increases. Kraft Heinz’s chief financial officer predicted that the company’s margins would increase because “as we continue to price [for] inflation, the inflation events that start to ease, that might put us in a better position for us to continue to recover the margin’’ (read: bigger profits).

And J.M. Smucker, the maker of Jif peanut butter and Folgers coffee, revealed that it is moving forward with executing $1.2 billion worth of price increases, while input costs are rising by less than $900 million.

Of course, many factors affect prices — the pandemic, supply chain disruptions, and the war in Ukraine, to name a few. But because of excessive corporate power and consolidation, and financial markets designed to maximize short-term profits, big corporations with huge market power don’t think twice about extracting ever more profit to line the pockets of their CEOs and shareholders. The proof? They’re now seeing the highest profit margins since 1950, thanks largely to massive price markups.

And yet there are actions that policy makers can take to crack down on corporate profiteering. For example, Representative Katie Porter, a California Democrat, introduced the Competitive Prices Act, which would close loopholes in antitrust laws that corporations use to collude and jack up prices. In recent years, the two dominant manufacturers of insulin hiked prices by several times on the same day because they controlled the market together. Porter’s bill would make that illegal.

Some 38 states, both red and blue, already have anti-price gouging laws on the books, suggesting that this type of government intervention is neither controversial nor partisan. A federal standard is needed to combat the nationwide scourge of inflation profiteering.

The Department of Justice and the Federal Trade Commission must also aggressively crack down on monopoly power, stop anticompetitive mergers and acquisitions, and level the playing field for small businesses, workers, and families.

The need for urgent action is undeniable — but you don’t have to take the word of watchdogs or critics. Corporations themselves are admitting to profiteering at the expense of American consumers.

And one thing is clear: These companies won’t stop doing the “inflation dance,’’ as one CEO called it, until we change their tune.

Lindsay Owens is executive director at Groundwork Collaborative and a former senior adviser to Senator Elizabeth Warren. Follow her on Twitter @owenslindsay1.