Why do Democrats let Republicans set the terms of debate? 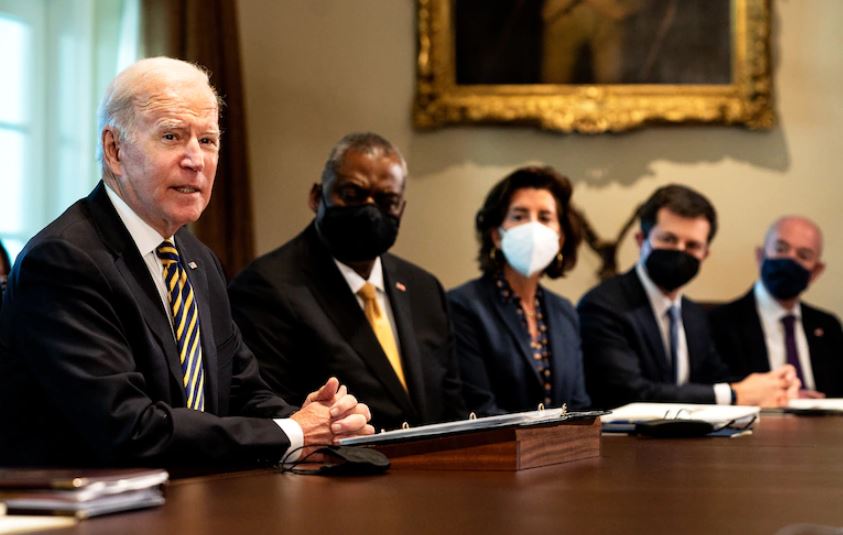 Who knew that infrastructure was a wedge issue?

Ever since the House passed the bipartisan bill to do lots of building and rebuilding around the country, Republicans have been at each other’s throats.

There are two lessons here.

First, those who regularly pretend that polarization affects both parties equally need to reckon with a GOP so committed to obstruction that a majority of its House members and senators insist that party loyalty demands opposing new highways in their own districts or states.

The more important lesson relates to the importance of controlling the terms of the political debate.

Ever since this month’s elections in Virginia and New Jersey signaled real trouble for their party, Democrats have been tearing themselves apart over the controversies Republicans want them to talk about. Note to Democrats: This is the reason they’re called wedge issues.

You can’t turn on your phone or computer without running across searing, inner-directed polemics about how one kind of Democrat is pursuing approaches destined to doom all Democrats on issues such as critical race theory and questions around education more generally.

As someone who writes about such questions for a living, I have no reason to discourage their exploration or pretend they don’t matter. The problem for Biden and his party is that the centrality of these topics is a mark of political failure. Taking your opponent’s bait and playing on your opposition’s turf is the surest path to defeat. To succeed in politics, you need to make your opponent respond to you.

This is what Democrats did by moving the infrastructure bill to Biden’s desk. The GOP’s internal bloodletting quickly followed. Approving Biden’s Build Back Better initiatives could have the same effect.

Wouldn’t it be useful — for the country, not just Democrats — to discuss the benefits of a federal program to contain the costs of child care to 7 percent of a family’s income? Shouldn’t we welcome similar attention to reducing the cost of prescription drugs, expanding access to health insurance or extending a child tax credit that offers substantial benefits to families raising the next generation?

With their sweeping attacks on Biden’s plan as “socialism,” conservatives make plain that they would prefer to avoid debating such specifics. They would rather hide behind a scare word because they know that among rank-and-file conservative voters, many a mom and dad could use the help Biden’s proposals would deliver.

But such families won’t even know what’s on offer if supporters of Build Back Better don’t (1) get it through both houses; and (2) put the same energy into explaining and defending it that conservatives have invested in making “critical race theory” three of the most popular words in political commentary.

The same logic applies to the battle for democracy itself. Democratic politicians should be ashamed that while Trump has turned his “Stop the Steal” lies into a mobilizing battle cry for Republican base voters, Democrats have been unable to do the same with their defense of the right to vote. Turnout in GOP areas in Virginia and New Jersey was off the charts. Democrats couldn’t match it.

Why is this? One reason is that Republican senators have used the filibuster to stymie the Freedom to Vote Act and the John Lewis Voting Rights Advancement Act. In the face of such gridlock, Democratic loyalists are justified in asking their party’s leaders: Where are you when it comes to defending fair elections — and our rights?

Making these bills law is thus both the right thing to do and a political imperative. The good news is that middle-of-the-road senators are working on changes in the filibuster rules that they hope Sen. Joe Manchin III (D-W.Va.) can support. The bad news is that the longer action is delayed, the more dispirited supporters of voting rights are certain to become, and the more damage Trump’s deceptive narrative will do.

No doubt, the media typically gravitates toward eye-catching cultural issues that don’t involve the detailed explanations that, say, a tax credit or a health-care expansion require. And Democrats’ narrow majorities, coupled with the Senate’s arcane rules, make passing anything — not just voting rights — excruciatingly difficult.

But alibis and excuses don’t win arguments (or elections), and if the bad news for Democrats in The Post-ABC News poll published Sunday doesn’t get their attention, I don’t know what will.

The party, starting with the president when he signs the infrastructure bill on Monday, can use the power it has now to change the nation’s political conversation. Or it can resign itself to defeat at the hands of a GOP in which a majority is not even willing to fix the damned roads.