Why Do Republicans Hate Cops? 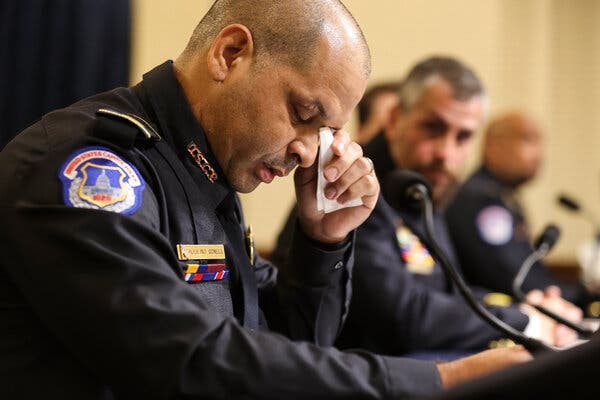 WASHINGTON — It was, I must admit, a virtuoso performance by Sean Hannity.

Not since the sheriff in “Blazing Saddles” put a gun to his own head and took himself hostage has anyone executed such a nutty loop de loop.

Opening his show Tuesday night, Hannity gave a monologue defending the police (and lacing into the usual suspects: Hunter, Kamala, Hillary, Nancy, the summer riots, gun violence and unvaccinated illegal immigrants). “Attacks on law enforcement are never and should never be acceptable ever, not at the Capitol and not anywhere,” he declaimed.

Yet Mr. Pro Police had nary a word for the four police officers who had appeared before Congress that morning to describe going to “hell and back,” as a Washington police officer, Michael Fanone, put it, as they relived the scarring, desperate hours of Jan. 6 when they were attacked by Trump’s mob (and Hannity’s viewers).

When it came down to it, the question of whether Republican lawmakers in the House would side with Donald Trump or the police who risked their lives defending them, it wasn’t even a close call for the law-and-order party. 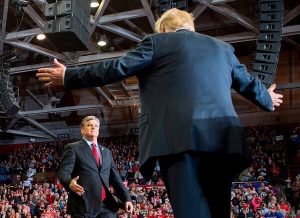 The G.O.P. overwhelmingly stuck with Trump, perpetuating his sick mythology about a day we all saw with our own eyes. Twenty-one House Republicans even voted against awarding congressional gold medals to the police officers who responded on the day of infamy.

They couldn’t countenance “the Pelosi sham commission,” as moderate-turned-lunatic Elise Stefanik — Liz Cheney’s Eve Harrington — told Hannity. Its only purpose, Stefanik said, was “trying to shame over 70 million Americans who were standing up for constitutional and election integrity issues.” Besides, she said, in another moment of utter fatuity, “Republicans are focused on the facts.”

The heart-rending police testimony was dismissed by most Republicans and Fox News as “political theater.” What gall by a party that claims to have the backs of men and women in blue. 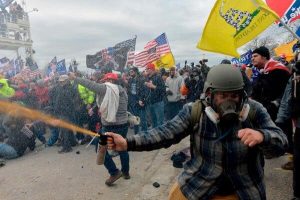 Laura Ingraham even gave awards — “Best Exaggerated Performance,” “Best Political Performance” and “Best Performance in an Action Role” — to the police who recounted their terrifying battles with the mob. “They came across as political actors,” Ingraham said. “That doesn’t help anything. We want the police to be just the police.”

Even as Ingraham was describing as “actors” those cops who faced danger, Erin Smith was trying to get the death of her husband, a veteran Washington patrolman — the second officer to take his own life after the insurrection — reclassified from a suicide to a death in the line of duty.

After he was hit in the head with a metal pole during the rampage, he fell into a dark depression, his wife told The Times. On the way to his shift, he pulled his car off the George Washington Parkway and killed himself with his service weapon.

More than casting the police who told their stories as drama queens and fabulists, four House Republicans, representing the dregs of Congress, turned up at a Washington jail on Thursday to shine a light on the plight of suspects detained in the Jan. 6 insurrection. One of them, Representative Paul Gosar of Arizona, hailed them as “political prisoners.”

Since when do Republicans care more about criminals in jail than the cops who put them there? Since when do they coddle domestic terrorists?

A new report in The Daily Beast shows how the fish rots from the big orange head. The Beast reports that Trump has been leading his party’s efforts to recast what happened on Jan. 6 and has been belittling some police heroes, using a vulgar slur for a woman’s anatomy that we’ve famously heard him use on tape; he’s also rebranding Ashli Babbitt, a rioter and an Air Force veteran from California who was killed that day, as a martyr to his cause.

It’s more of Trump’s tough-guy posturing. Indeed, The Village People’s “Macho Man” — which Trump shimmied to at his rallies — was the insurrection’s soundtrack. How rich that Cadet Bone Spurs, who spends his days watching himself on TV and puttering around in a golf cart, belittles cops who bravely took beatings from the mob he sicced on them. It’s gobsmacking how easily Republicans swap their values for Trump’s voters.

He turned Republicans upside down like a snow globe, and suddenly the party that loved to rah-rah for family, morals and religion was in the grip of a thrice-married, grabby, foul-mouthed Tartuffe. The party that prided itself on supporting those in uniform, the F.B.I. and C.I.A. had to go along with Trump’s crooked ways and Deep-State vilification of the F.B.I. and the intelligence community.

We’re still learning the extent to which President Trump tried to strong-arm the Justice Department into helping him purloin the election. As the Times’s Katie Benner reported Friday, as late as Dec. 27, Trump called officials at Justice and, according to their notes, told them: “Just say that the election was corrupt + leave the rest to me,” assuring them that his congressional allies would help.

The story is chilling because it shows that Trump was not merely thrashing about on his throne. His plan to reverse the election was more orchestrated and sinister than we knew.