Why I am running to be your Florida State Representative 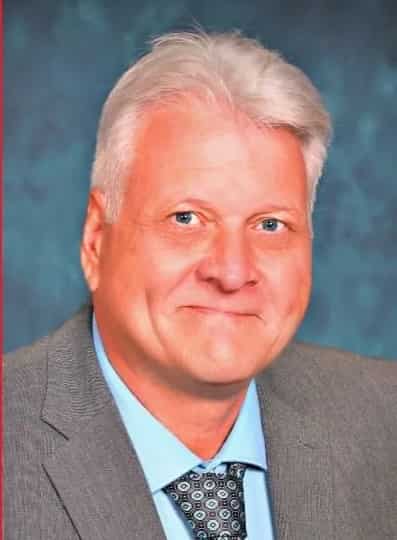 Like most of us, I woke up on the Wednesday after the 2016 federal election depressed.

After a few days, partially recovered, I knew I needed to do something besides waiting around for 2020. As I have learned after raising five children and 37 years as a union activist and elected union official multiple times, I needed to define the problem and develop a plan to solve it.

A) Problem: Get rid of a President that should have never been elected in the first place.

B) Solution: Remains a work in progress and has many working parts.

Let’s start in the early summer of 2017. My wife Patti and I had a six week trip planned to travel to North Carolina, Ohio, and Michigan. We went to the library in Englewood and upon leaving we ran into Jane Hunter outside, who was handing out literature for Englewood Indivisible. This is what we were looking for. Until that point, we had wondered where the like-minded people in Charlotte county were.

From that point on we made an effort of searching for like-minded people and letting them know they were not alone. After returning from our trip, we joined Englewood Indivisible. Shortly thereafter, we joined Charlotte County Democrats and meeting more like-minded people that want to protect the environment, lowering pharmaceutical costs, lower healthcare costs, and improve our quality of life. In early 2018, we were among the first members of the Englewood Democratic Club and after a couple of meetings, I became the treasurer. Besides budget issues, I was charged with reporting news from various clubs, caucuses, and the Executive Board of the Charlotte County Democrats. As part of that duty, I attended several meetings and became a member of the Charlotte County Environmental Democratic Caucus. As a member of the caucus, we became the driving force in the election of Janelle Christenson as the new statewide President of the Florida Democratic Environmental Caucus. This was a significant move for the Charlotte County Environmental caucus because our votes made it possible for Janelle to be elected.

In November of 2019, I was appointed and state board approved, Chair of the Florida Democratic Environmental Caucus Endorsement committee. In January 2020, I was elected President of the Englewood Democratic Club. In the meantime, Patti and I became Charlotte County Precinct Co-Captains for Charlotte County Precinct 80 making calls, knocking on doors, and meeting great people in our community.

After we knocked on well over 500 doors, I started taking the idea of running for office seriously. We made the final decision and I became active February 7, 2020. One of the reasons for running was so I could get my Democratic voice in front of large groups. That was happening almost every day when the COVID-19 Virus struck, forcing our campaign to be homebound, using social media, phones, and Zoom. I have since withdrawn my endorsement chair position, due to possible conflict of interest.

I need you to do three things:

1st) Sign and return my petition by May 11 so that I can get on the November ballot. Click this link to get the petition and instructions on how to return it to me.

2nd) Donate to my election campaign. Patti and I are financing this campaign. We aren’t taking any money from big corporations like my opponent is getting. In fact, I returned a $1000 check from a corporate lobbyist. I want to be you voice in Tallahassee and represent you. Please contribute by clicking this donation button.

3rd) Tell all of your friends and family about me and ask for their support to my campaign. Like my Facebook page, share my posts with friends and family. This is a grassroots campaign and I need your help and support.

Fairness and justice for all. Vote David Jones

Facebook
Twitter
Email
PrevPreviousHow a Democrat became Mayor of Venice
NextSUN Viewpoint: Too many candidates will get a free rideNext