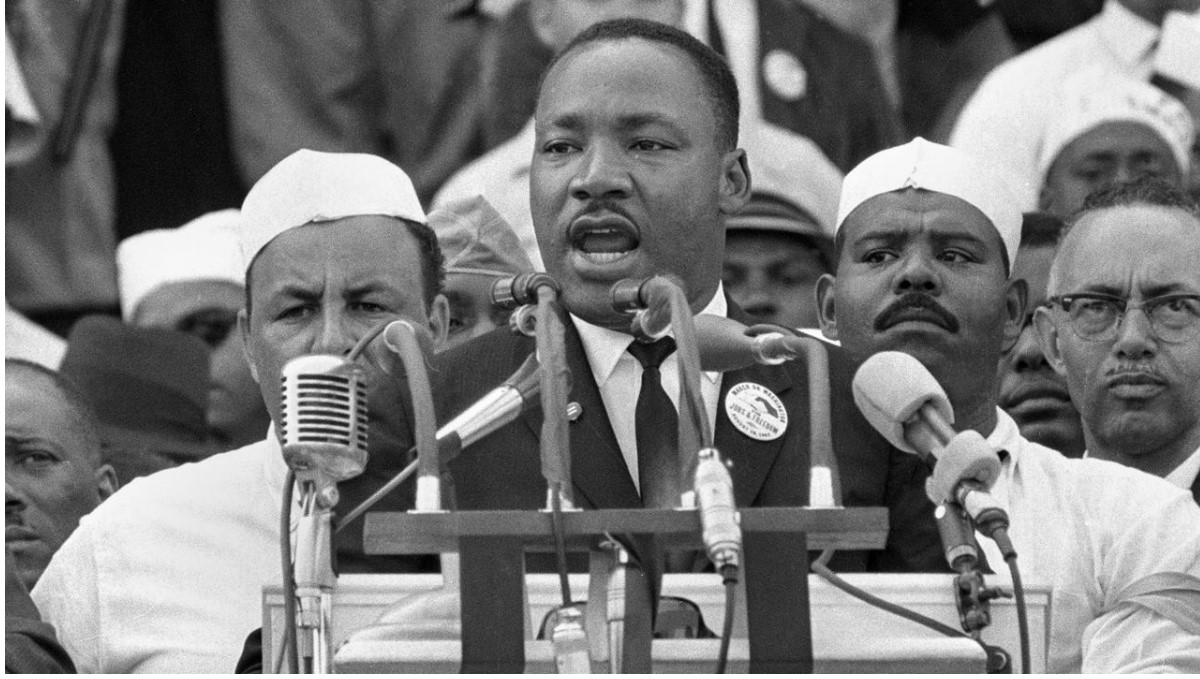 Had he lived, Martin Luther King Jr. would be 94 years old this year. The tragic brevity of his life, cut short by an assassin in 1968, remains a testament to the enduring impact he made during his short time on earth.

Although some may find it hard to believe (or wish it to be otherwise), King lived in a political climate and historical era not so different from our own. Civil rights activists were pilloried as anti-American subversives, Communist dupes and an unpatriotic mob, rhetoric echoed in contemporary attacks against Black Lives Matter (BLM) protesters and even school teachers, whose classroom explorations of Black and American history have triggered a political backlash reminiscent of the civil rights era.

Then, as now, racism, war, poverty and violence scarred the domestic landscape, and its parallel growth in the international arena threatened world peace and stability. Social justice movements swelled at home and abroad and anti-democratic forces organized strongholds in America that, although rooted in the Deep South’s former Confederacy, stretched from sea to shining sea. At the same time, the search for what King called the Beloved Community—a world free of the war’s pestilence, racism’s violence and poverty’s indignity—inspired social justice and peace activists in King’s time, just as ours.

King’s political activism during 1963 reimagined American democracy on both an intimate and expansive scale, introducing a new lexicon for citizenship. He turned political debates over racial integration, non-violent civil disobedience and voting rights into a national, then global, referendum on freedom. King challenged a sitting president and attorney general, John F. Kennedy and Robert F. Kennedy, to recognize the moral urgency of the time by ending legalized racial segregation and guaranteeing Black voting rights.

In our own time, contemporary activists (including but not limited to BLM) advocate for the abolition of racially biased systems of punishment, incarceration and policing. And, as their forerunners did, they continue to press for voting rights, equal education and environmental justice in communities of color – all a continuation of King’s legacy.

What’s well-known about 1963 is King’s invitation of the entire nation, through his oratory at the March on Washington for Jobs and Freedom, to join a mass movement with racial justice at its center. But it was the quieter moments in King’s year – his activism in Birmingham and his words from a prison cell – that made the march possible in the first place.

Inspired by the righteous indignation of Black students and young people, King risked mistreatment in a Birmingham City Jail in order to convey the civil rights movement’s larger message of social transformation to the entire world. After White religious leaders in Birmingham implored King to slow down the scale of protests that triggered racial violence against peaceful demonstrators, King expressed his indignation through a letter that meditated on the roots of racial injustice.

“Injustice anywhere is a threat to justice everywhere,” King observed amidst this tumult in his “Letter from Birmingham Jail.” “We are caught in an inescapable network of mutuality, tied in a single garment of destiny.”

King blasted his era’s version of White “allies,” confessing to being, “gravely disappointed with the white moderate.” King challenged the moral equivalency of his day, which found White political and civic leaders at times castigating both the practitioners of Jim Crow segregation and the civil rights activists who protested against this unjust system.

This kind of political handwringing is reflected in parts of today’s political climate, where White moderates hesitate to support voting rights, often misinterpret prison abolitionists as anti-police agitators and have failed to make a robust case for protecting the rights of educators to teach the fuller story about American history to school children.

King wrote in 1963, “I have almost reached the regrettable conclusion that the Negro’s greatest stumbling block in the stride toward freedom is not the White Citizen’s Counciler or the Ku Klux Klanner, but the white moderate who is more devoted to ‘order’ than to justice; who prefers a negative peace which is the absence of tension to a positive peace which is the presence of justice; who constantly says, ‘I agree with you in the goal you seek, but I can’t agree with your methods of direct action….”

These words stung in 1963, as they would today. By the late spring, on June 11, President John F. Kennedy joined King in affirming that the United States was undergoing a “revolution,” one that could either sow the seeds of future “discord” and destruction or inaugurate an experiment in multiracial democracy.

“Those who do nothing invite shame as well as violence,” Kennedy explained to the nation during a televised national address that took place hours after the desegregation of the University of Alabama over the objections of segregationist governor George Wallace. “Those who act boldly recognize right was well as reality,” President Kennedy observed.

Only months later, King explained at the March on Washington, “Now is the time to make real the promise of democracy.”

MLK Day 2023 reminds us that the partisan divisions of today are not so different from the political landscape faced by King in his time. The passage of the 1964 Civil Rights Act and the 1965 Voting Rights Act were not pre-ordained – nor were they universally beloved pieces of legislation. They were controversial and hotly debated, and punctuated a decade of uprisings that conservatives decried as riots, activist regarded as revolts and the government characterized as civil disturbances. King famously characterized riots as the “language of the unheard.”

Less well known is his sharp criticism against political moderation from his Birmingham jail cell. Dr. King might find, in our current age of assaults against teaching Black History, of voter suppression and backlash against struggles for racial and economic justice, a depressingly familiar reminder of the challenges he faced 60 years ago.

However, King remained defiantly optimistic in the movement’s ability to bend history’s will toward a long-delayed recognition of Black citizenship and dignity. “We will reach the goal of freedom in Birmingham and all over the nation, because the goal of America is freedom,” he wrote while sitting in jail.

And he did not stop there, for King understood that some things were universal – if Blacks were recognized as American citizens with inherent human dignity, then histories of colonialism, economic racism, war, poverty and violence could be overcome. This belief remains more crucially resonant in our own time – however distant we may feel from King’s life, his legacy is everywhere around us.

Peniel E. Joseph is Barbara Jordan chair in ethics and political values and founding director of the Center for the Study of Race and Democracy at the LBJ School of Public Affairs at the University of Texas at Austin, where he is a professor of history. He is the author of “The Third Reconstruction: America’s Struggle for Racial Justice in the Twenty-First Century.”

Image Credits: Dr. Martin Luther King Jr. addresses marchers during his "I Have a Dream" speech at the Lincoln Memorial in Washington on August 28, 1963.  AP