Why tearing down Fauci is essential to the MAGA myth 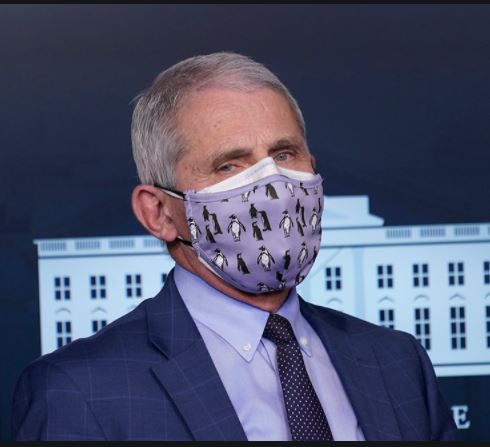 MAGA political philosophy is not systematic, but it is comprehensive. Right-wing populism offers a distorted lens to view nearly all of life.

Through this warped lens, progress toward equal rights is actually the oppression of White people. Free and fair elections, when lost, are actually conspiratorial plots by the ruthless left. But perhaps the most remarkable distortion concerns the MAGA view of covid-19.

We have all seen the basic outlines of pandemic reality. Experts in epidemiology warned that the disease would spread through contact or droplets at short distances, which is how it spread. The experts recommended early lockdowns to keep health systems from being overwhelmed, and the lockdowns generally worked. The experts said Americans could influence the spread of the disease by taking basic measures such as mask-wearing and social distancing. The disease was controlled when people did these things. The disease ran rampant when they did not, killing a lot of old and vulnerable people in the process.

There were, of course, disagreements along the way about the length of lockdowns and the form of mandates. But on the whole, American citizens have witnessed one of the most dramatic vindications of scientific expertise in our history. We have been healthier when we listened to the experts and sicker when we did not.

This is the context in which the MAGA right has chosen to make Anthony S. Fauci — the director of the National Institute of Allergy and Infectious Diseases since 1984 — the villain in their hallucinogenic version of pandemic history.

It is worth disclosing when a columnist has a personal connection to a public figure. I have known Fauci since I was in government during the early 2000s and watched him help create the President’s Emergency Plan for AIDS Relief. He is the best of public service: supremely knowledgeable, personally compassionate, completely nonpolitical, tenacious in the pursuit of scientific advancement and resolute in applying such knowledge to human betterment. He has no other ambition or agenda than the health of the country and world.

Yet slamming Fauci was a surefire applause line at the Conservative Political Action Conference in February. Former Trump administration officials continue to target him. Republican members of Congress vie with one another to put Fauci in his place.

For Trump officials, including Donald Trump himself, this makes perfect sense. If Fauci has been right about covid, then playing down the disease, mocking masks, modeling superspreader events, denying death tolls, encouraging anti-mandate militias and recommending quack cures were not particularly helpful. If Fauci has been right, they presided over a deadly debacle.

When former Trump trade adviser Peter Navarro claims that Fauci is “the father of the actual virus” or former chief of staff Mark Meadows complains about Fauci’s indifference to the (nearly nonexistent) flow of covid across the southern border, the goal is not really to press arguments. It is to create an alternative MAGA reality in which followers are free from the stress of truth — a safe space in which more than half a million people did not die and their leader was not a vicious, incompetent, delusional threat to the health of the nation.

Metaphorically (but only barely metaphorically), there is a body on the floor with multiple stab wounds. The Trump administration stands beside it with a bloody knife in its hand. It not only claims to be innocent. It claims there is no blood. There is no body. There is no floor.

Congressional Republicans who criticize Fauci to prove their populist manhood are even more pathetic. Their self-abasement is voluntary. Watching Sen. Rand Paul (R-Ky.) debate science with Fauci during committee hearings is like watching Albert Einstein being disputed by his dry cleaner. Fauci is often reduced to making obvious points in a patient voice. Fauci deserves his Presidential Medal of Freedom just for his heroic forbearance.

All these critics of Fauci have chosen to attack the citadel of science at its strongest point. With squirt guns. While naked and blowing kazoos.

This useless exertion is somehow wrapped in the language of freedom. Freedom from the servitude of a piece of cloth on your face that might save your neighbor’s life. Freedom to light off fireworks below a potential avalanche. Freedom to store uranium in your backyard. Freedom to set fire to a crowded theater.

Here is the reality of covid. It is not an easy thing to persuade hundreds of millions of people who feel perfectly healthy to wear masks, socially distance and get a vaccine injected into their arms. Fauci is dedicated to these goals. Anyone who purposely undermines them is a danger to the health and safety of their fellow citizens.

Fauci is practicing epidemiology. His critics are practicing idiocy. Both are very good at their chosen work.