Why the RNC blunder may be a tipping point 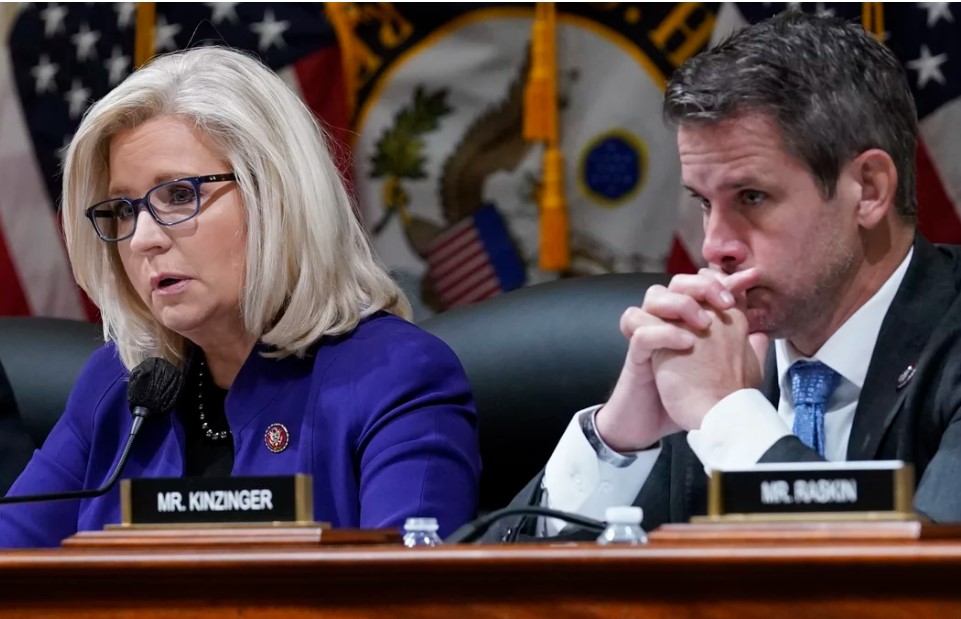 At first blush, it’s hard to understand why there’s been such an uproar among Republicans over their party’s resolution that described the Jan. 6 insurrection as “legitimate political discourse” and censured Reps. Adam Kinzinger (Ill.) and Liz Cheney (Wyo.) for participating in the House select committee investigating the violence.

After all, Republicans have said many ridiculous things about the attempted coup. One congressman analogized the violent assault to a tourist outing. Others, including defeated former president Donald Trump, described the rioters as patriots. Virtually the entire party has adopted or at least refused to refute the “big lie” that the 2020 election was stolen. Most Republicans say the leader of the “Stop the Steal” rally who invited the mob to the Capitol had nothing to do with the insurrection.

Nevertheless, something about those three little words — “legitimate political discourse” — has triggered a firestorm within the party and a rare diversion from the media’s obsession with Democrats’ political woes. The pundit class now mulls over the prospect that this could finally be trigger for an internal war between the MAGA Republicans and those who have, so far, been too cowardly to take on the instigator of the coup attempt and his cult followers.

To recap, Senate Minority Leader Mitch McConnell (R-Ky.) said on Tuesday the RNC got it wrong. Trump responded by saying McConnell didn’t speak for the party. House Minority Leader Kevin McCarthy (R-Calif.), after first scurrying away from a reporter who asked about the resolution, later said he agreed with it. Cringeworthy Trump flunky Rep. Elise Stefanik (N.Y.), who got her spot in GOP House leadership after the party dumped Cheney, gave the censure the thumbs-up, too.

Kinzinger chided McCarthy as “a feckless, weak, tired man, who is doing the bidding of whatever Marjorie Taylor Greene thinks is going to raise her money that day,” referring to the congresswoman from Georgia. Sen. Ted Cruz (R-Tex.), fresh from getting slammed by Fox News’s Tucker Carlson for describing Jan. 6 as a “violent terrorist attack,” said McConnell shouldn’t have used the word “insurrection” to describe the violence. RNC chairwoman Ronna McDaniel, who oversaw the censure debacle as it unfolded, shifted blame for the fiasco to Trump operative David Bossie, who spearheaded the resolution. McDaniel’s uncle, Sen. Mitt Romney (R-Utah), called the censure “stupid.”

Why so much turmoil? A couple factors might explain it. First, this has been building for a while. As Trump continues to hold rallies focusing on Jan. 6, the rest of the party is struggling to get on with the business of winning back House and Senate majorities. This latest incident may have been an untimely reminder of just of how easily the former president can steer the party off course. He really does pose a threat to the party’s ambitions, just as he sunk the party’s shot at a Senate majority by screaming fraud during Georgia’s two Senate runoff elections.

Second, with so much focus on just three words in the resolution, the media can convey a typical political story without much effort. Stories about political infighting make it easy for reporters to avoid any moral judgment on either side, something the political media are loath to do.

Democrats should pay close attention. They have agonized over whether to ignore Jan. 6 and focus on economic issues, or to stress the threat that Republicans pose to democracy. This fight should remind them that Republicans are far more sensitive about the issue of their disloyalty to American democracy than they often let on.

The subject is toxic for suburban women, business interests and moderate voters who fear the Republican Party is still under the thumb of a dangerous former president. While voters understandably want relief from inflation and covid-19, they do not want to return to the chaos and violence of the Trump era. It behooves Democrats to remind them that by voting for candidates with an “R” next to their names, they would be inviting just such a result.

Democrats should not feel bound by a false choice in fashioning their election message. Certainly, they need to make the case to voters that they have produced real and meaningful results on everything from the economy to climate change to the pandemic. But they must also make sure voters understand just how bonkers the GOP has become. Do voters really want to trust their country to people who think a violent insurrection instigated by the worst sore loser in history is “legitimate political discourse”?