With latest Title 42 ruling, Supreme Court majority makes a mockery of the law 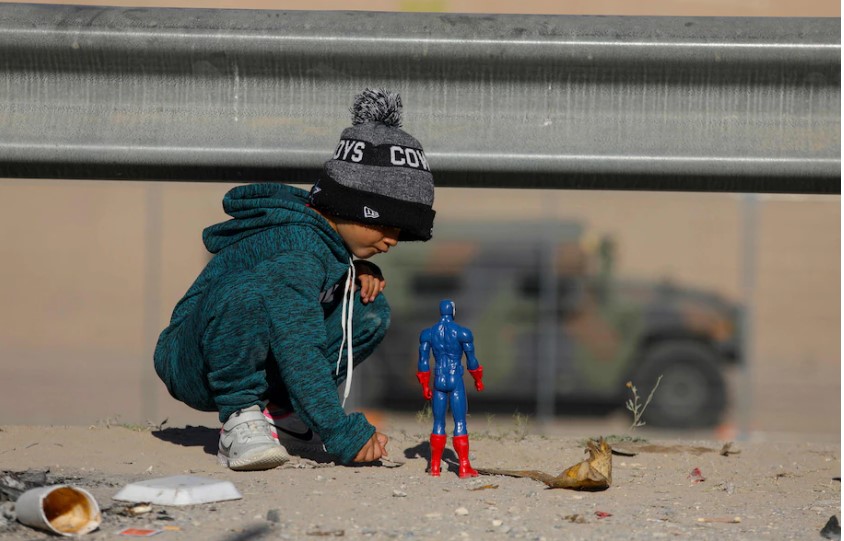 Republicans and Democrats broadly agree that the nation’s asylum and immigration systems are broken. Both are aware that Congress, paralyzed by partisanship, has failed to provide a fix. But that failure cannot be a pretext for the democracy hack that GOP elected officials from 19 states have undertaken in asking the Supreme Court to retain a Trump-era anti-covid public health measure that has been repurposed as an immigration enforcement tool along the southern border. And by siding with those officials, at least temporarily, the conservative majority on the high court has made a mockery of the law.

Justice Neil M. Gorsuch, the lone conservative to join his three progressive colleagues in opposing the court’s decision on Tuesday, was right to point out the flimsy legal basis that underlaid the order. “The current border crisis is not a COVID crisis,” Gorsuch wrote. “And courts should not be in the business of perpetuating administrative edicts designed for one emergency only because elected officials have failed to address a different emergency. We are a court of law, not policymakers of last resort.”

The policy in question, known as Title 42, was imposed in March 2020 as the nation was reeling at the onset of a new, poorly understood pandemic. It suspended the legal asylum system, enabling border authorities to quickly expel migrants without giving them the benefit of filing a claim. Since then, Title 42 has been used 2.5 million times to turn migrants back — though many of them, having received no adjudication of their claims, tried repeatedly to cross the border unlawfully.

The Trump-era measure known as Title 42, which empowered U.S. border authorities to remove migrants without hearing their asylum claims, was set to expire Dec. 21. It’s still in place as the Supreme Court considers its legality. Here’s our view on the best way to respond to the expected surge at the southern border if and when Title 42 goes.

Whatever Title 42’s benefit at the outset — and there is scant evidence it was effective in combating the pandemic — it had run its course by the time Joe Biden took office. His administration made no effort to justify it; that, along with the repeal of other Trump-era immigration measures, was taken by migrants as a signal of a more lax border. In April, the Centers for Disease Control and Prevention ordered Title 42 terminated.

In November, U.S. District Judge Emmet G. Sullivan pointed to the fact that no evidence buttressed its continued use to protect public health, ruling against the Republican officials who sought to keep it in place. Even as Title 42 was used to block asylum seekers at the border, the judge noted, millions of other travelers were crossing, in buses and cars, with few impediments. What’s more, the CDC had previously rescinded the use of quarantine and other restrictions on the grounds that they were ineffective.

Republicans made no attempt to justify Title 42, a public health measure, on public health grounds. Yet in keeping it in place while the GOP officials continue to press their appeal, the Supreme Court ignored all that, acting more as lawmakers than as judges.

There is little doubt that a new surge of migrants, on top of already record-setting apprehensions, would likely pose a challenge for border enforcement and states along the frontier, at least temporarily, if Title 42 ends. Republicans are right that the Biden administration, by sending mixed messages, has encouraged migrants to try their luck in entering the country unlawfully.

It remains the case that the immigration and asylum system, overwhelmed by a years-long backup in its caseload, cannot be jury-rigged by borrowing a public health measure for an unintended purpose. It is a job for Congress, not courts, to forge a solution.