Wrong on so many levels 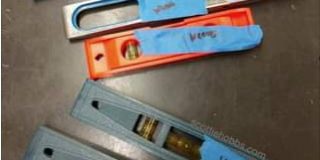 Governor DeSantis has made clear what his number one priority is for the coming legislative session and it’s a doozy.  He wants a bill to punish Amazon, Apple, Facebook Google and Twitter for what he claims is discrimination against conservatives.  This is wrong on so many levels.

First of all, the legislation is a solution in search of a problem.  According to a study by researchers at New York University, no anti-conservative bias exists. Quoting from that study, “The claim of anti-conservative animus is itself a form of disinformation: a falsehood with no reliable evidence to support it.”

Of course, with a pandemic raging and the economic havoc it has wrought on our neighbors struggling to make ends meet, one has to wonder why the governor doesn’t have any legislation that he considers a higher priority.

Finally, if DeSantis truly has it out for large profitable international corporations like Apple, Google and Amazon, perhaps he might consider removing the generous provisions of the state’s corporate income tax code that allow these companies to pay a pittance in support of Florida’s families, communities and economy.

With strong support from leaders in Florida’s House and Senate, this legislation is likely to move quickly toward passage.  Just another example of the perverse priorities of Florida politics.  Hopefully, Democrats in the legislature’s minorities will be able to steer legislative action to measures that will benefit the majority of Floridians rather than appeal to the irrational fears of a few.

The science of reasoning with unreasonable people
February 3, 2021