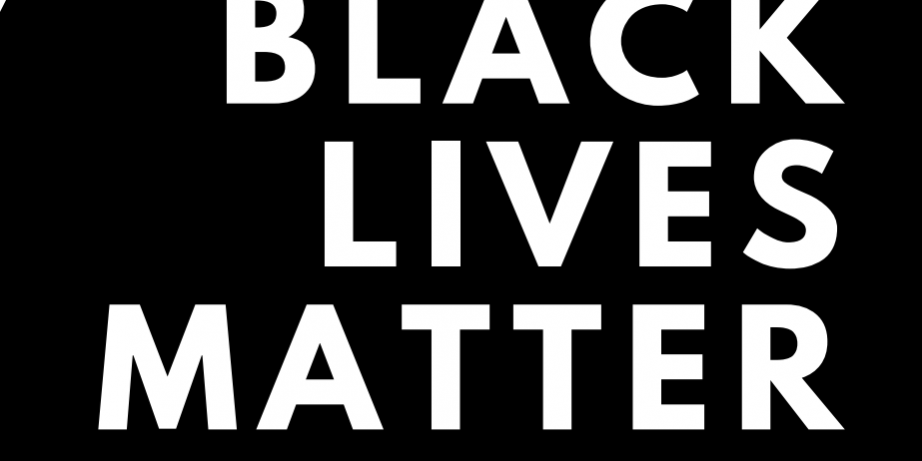 A march to protest the death of George Floyd at the hands of a Minneapolis police officer is planned to take place in Punta Gorda. The highlight of the march will be marchers kneeling silently for 9 minutes in front of the Punta Gorda City Hall. Nine minutes is the same length of time that police officer Derek Chauvin kneeled on Floyd’s neck while Chauvin was arresting Floyd. Floyd died of asphyxiation at the scene.
Port Charlotte High School senior Carson McNamara invited Charlotte County Dems to join in the peaceful march. Speaking to the group in a virtual, online meeting, Carson described how she and her friends were watching protesters marching in cities across the U. S. “The country is in a volatile state and a lot of people are organizing events and protests to bring awareness to the issues confronting the Black Lives Matter movement. We wanted to take everything we see on the media and bring that to the community locally and to empower people of color locally. We are having a Black Lives Matter protest”.
In a separate conversation, Carson explained she is helping organize the protest march in Punta Gorda “because as a black woman, I see racial injustice. Minority populations are not heard”. She wants to “mobilize the experience and hurt of the minority population and communicate that to the local community”.
The event will have speakers featuring community leaders, and high school activists including Carson. The speakers will address the group at Laishley Park. Then the march will proceed to Punta Gorda City Hall where the marchers will silently kneel. The marchers will then return to Laishley Park. 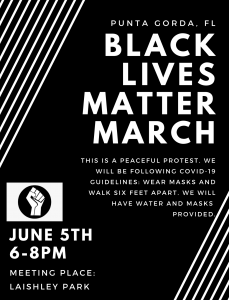 The student group is seeking community support and is working with United Universalist Fellowship of Charlotte County, Indivisible, and other groups. The march organizers want marchers to adhere to the Covid-19 guidelines by wearing masks and maintaining six feet apart.

The Black Lives Matter March will be held on Friday, June 5 and begin at 6:00 p.m. at Laishley Park. To show solidarity, Carson suggested marchers wear black clothing. Protest signs should be peaceful. However, Carson said, “the posters we are making show anger and rage that comes from injustice we have endured for so long.”

Attend this webinar on Florida disinformation and extremist activity
June 23, 2021