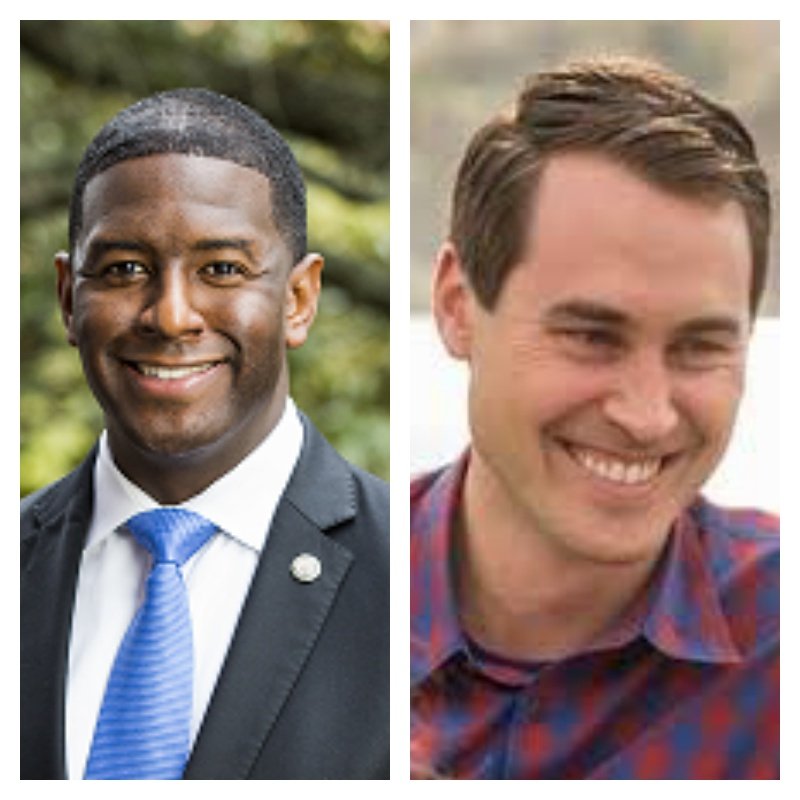 Democratic gubernatorial nominee Andrew Gillum announced that Chris King is his pick to be lieutenant governor in a Thursday morning Facebook Live.

“We leaned into wanting to choose an individual that has the ability to be the governor of the state of Florida,” Gillum said in the announcement before introducing the Kings.

NEWS RELEASE – From the Gillum Campaign

“I am thrilled to welcome Chris King to the Democratic ticket this fall as our Lieutenant Governor. Chris has brought new and dynamic leadership to this state, and his innovative policy ideas and business acumen will help us move Florida forward,” said Mayor Andrew Gillum. “We’re going to build an economy that works for everyone, by training workers for good-paying jobs, expanding access to health care and ensuring every Floridian has a fair chance to succeed. Chris is going to be instrumental in our work to rebuild Florida.”

“Kristen and I are honored to join with Andrew and R. Jai and bring our families together on this critical campaign,” Chris King said. “The Gillums also have two sons and one daughter, but that’s not the only thing we have in common –– our families are deeply committed to our communities, our faith and the future of our state. Mayor Gillum and I also share a passion for education and job training that gives people the opportunity to succeed in today’s economy. Together, we will stand up to the divisive politics of Ron DeSantis and Donald Trump, and we will offer Floridians a new vision that lifts people up, brings us all together and unites this state.”

King is a third-generation Central Floridian who competed against Gillum in Florida’s Democratic gubernatorial primary. As a “progressive entrepreneur,” King founded a company that provides affordable housing to seniors and working families in Florida and across the southeastern United States while paying living wages starting at $15 an hour, covering employees’ healthcare costs and paying annual bonuses to every worker.

He and his wife Kristen are raising three young children in Winter Park –– Charlie (11), Mary Grace (9) and Luke (7).