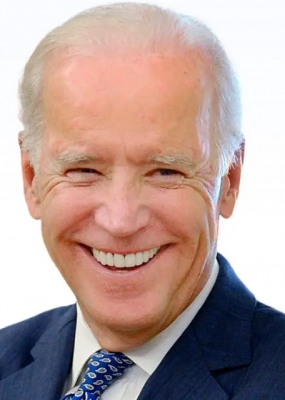 Last week, former Vice President Joseph R. Biden Jr. unveiled his climate plan: spend $2 trillion over four years to significantly escalate the use of clean energy in the transportation, electricity, and building sectors. It was the second of his sweeping proposals to create economic opportunities and strengthen infrastructure while also tackling climate change. This plan links his economic recovery plan to climate change strategies and economic recovery from the coronavirus crisis, while also addressing racism.

“Today, I’m here in Wilmington to talk about my second plan: How we could create millions of high-paying union jobs by building a modern infrastructure and a clean energy future. These are the most critical investments we can make for the long-term health and vitality of both the American economy and the physical health and safety of the American people. Here we are now with an economy in crisis. But with an incredible opportunity, not just to build back to where we were before, but better, stronger (and) more resilient.”

“When Donald Trump thinks about climate change, the only word he can muster is “hoax.” When I think about climate change, the word I think of is “jobs” — good-paying union jobs.  These are the most critical investments we can make for the long-term health and vitality of both the American economy and the physical health and safety of the American people.”

Throughout his remarks, Mr. Biden sought to signal that he grasps the urgency of global climate challenges while also casting the issue as the next great test of American ingenuity.

“I know meeting the challenge would be a once-in-a-lifetime opportunity to jolt new life into our economy, strengthen our global leadership, protect our planet for future generations. If I have the honor of being elected president, we’re not just going to tinker around the edges. We’re going to make historic investments that will seize the opportunity, meet this moment in history.”

Mr. Biden’s remarks sometimes assumed a populist bent, directly challenging Mr. Trump’s efforts to woo workers in the industrial Midwest with promises of “America First” job policies. As Mr. Biden discussed converting government vehicles into electric vehicles, he promised that “the U.S. auto industry and its deep bench of suppliers will step up, expanding capacity so that the United States, not China, leads the world in clean vehicle production.” And he offered a vision for “new, clean, made-in-America vehicles” to be made more accessible to American consumers as well.

Mr. Biden set a goal for disadvantaged communities to receive 40 percent of all clean energy and infrastructure benefits he was proposing. He also made explicit references to tribal communities and called for expanding broadband access to tribal lands.

In a call with reporters, senior Biden campaign officials said the proposal was the product of discussions with climate activists and experts; union officials and representatives from the private sector; and mayors and governors. Evergreen Action, an organization that advocates far-reaching climate goals , also discussed ideas with Mr. Biden’s staff in recent months.

To pay for this new plan, Mr. Biden proposes an increase in the corporate income tax rate from 21 percent to 28 percent.  He is “asking the wealthiest Americans to pay their fair share,” and intends to add some still-undetermined amount of stimulus money to fund the plan.

Mr. Biden’s team said the proposal included a combination of executive actions and legislation. The legislation would require congressional cooperation.   Mr. Biden insisted that “these aren’t pie-in-the-sky dreams,” saying, “These are actionable policies.”

One major element of the announcement will include charting a path to zero carbon pollution from the U.S. electricity sector by 2035. According to the Energy Information Association, coal and natural gas still account for more than 60 percent of the sector.

Campaign officials said they expected to achieve the goal by encouraging the installation of “millions of new solar panels and tens of thousands of wind turbines,” but also keeping in place existing nuclear energy plants. The plan also calls for investing in carbon capture and storage technology for natural gas.  Under the plan, Mr. Biden also promises new research funding and tax incentives for carbon-capture technology.