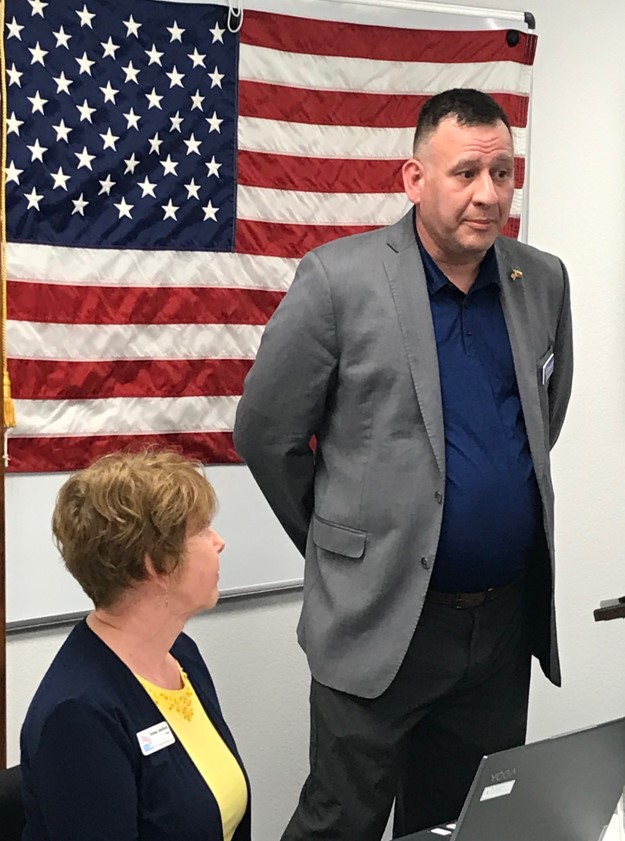 Editor:  Teresa Jenkins delivered the following message to members at our monthly meeting on March 7, 2022.

These are some unsettling times around the world and in Florida. Our hearts are with the people of Ukraine whose courage is inspirational. They’re showing us that cruel and oppressive rule must be repelled abroad and at home. Looking inward, we see cruel and oppressive legislation coming out of our state house.

Thankfully, this state legislative session will soon come to an end. Let’s all give a round of applause to our legislative liaison, Laurie Ulrop for helping all of us keep track of what’s happening in Tallahassee. It’s not an easy job, and you are very much appreciated, Laurie.

This was a horrific legislative session.

Tragically, Republicans steamrolled their 15-week ban on abortion through despite Democrats’ best efforts to stop the bill.  Democrats fought hard for amendments to create exceptions in cases of rape, incest, and human trafficking, but Republicans wouldn’t allow it. The law is clearly unconstitutional.

Other tragedies include banning books, limiting the term of office for school board members, gutting solar energy, eliminating alimony retroactively, union busting, an immigration bill that will create hardships for kids, and playing ping-pong with Congressional maps.

This week there are other big battles including the “Don’t Say Gay” bill, the Stop WOKE Act, and other attempts to undermine our rights and our way of life. These bills are hurtful, hateful, harmful, and homophobic.

The Republican-controlled legislature is particularly determined to hurt children and women and to ignore legislation to help Floridians or make their lives better.

We need to remind voters that the good bills comes from Democrats and the bad stuff comes from Republicans. Make it clear who’s ruining their lives. If we act normal, people will think things are normal.

As I’ve said many times before this is no ordinary mid-term election. The assault on our democracy is ever present in Tallahassee. States control almost everything we care about: education, climate, choice vs. no choice, gun laws, etc.– they have massive control over our lives and over democracy. State houses are institutions of power and major interest groups understand this power – the anti-abortion groups, the NRA, Charles Koch, and his donor network and so many other secret donors steer money toward what they want, not what’s best for the state or its citizens.

Now I know I’m preaching to the choir. You’re here tonight because you care. What we’re asking of you is to get other people to care and get them engaged. At bridge, golf, homeowners’ associations, barber shops, hair salons, churches, talk to people and make sure they’re registered to vote.

I’m sure you’re as horrified as I am about what’s happening to our state. But don’t leave – fight! Many of these bills that DeSantis will ultimately sign are not popular with any political group. Many of our young people are disgusted by DeSantis’ actions.

What other ways can you fight? Continue writing letters to the editor, they’re free publicity and education – fill the newspaper with letters that tell voters what’s really happening and who’s responsible. Listen to and talk with voters about their concerns and inform them how Democrats are the party of justice, fairness, and equality.  Run for office – we’ll have new maps and new seats – we should never leave an office unchallenged.

If you’re giving us a few hours a week, can you do more? Can you recruit 5 people who can recruit 5 more people as volunteers? If you’re an Associate member, can you help with Precinct work?

The only way to stop future harmful legislation from becoming law is a Democratic governor with a VETO pen. After the August 23rd Primary we must be ready to get our voters educated, energized, and excited about our candidates.

We are of course focused on the Governor, the U.S. Senate, Agriculture Commissioner, and other key races, yet local races like the school board, Punta Gorda city council and county commissioner races should not be overlooked because that’s how fringe candidates get in. If there is low voter turnout that means fringe candidates have a better chance of being elected in these county and city offices.

But this year’s election isn’t just about this year, it’s also about the next presidential election where DeSantis is hoping to become the Republican nominee. As a (R) legislator today you’re extreme, or you retire. If DeSantis wins the governorship this November, he will take that as a clear message that voters want more extremism, not less.

What we do in this red county matters – we help provide the votes to push our candidates over the finish line. That’s why Charlie Crist and Nikki Fried, candidates for governor, took the time to be with us. It’s why candidates like Ryan Morales for Agricultural Commissioner and Jim Lewis running for Attorney General come to Charlotte County.

I want to thank everyone who has and continues to contribute to this Party with your time and your money. Your support is helping us build a powerful grassroots organization for this year and beyond because to win we need a long-game as well as a short-game. It’s very clear what we need to do. We just need you to help us deliver for the people of Florida and Charlotte County. Thank you.