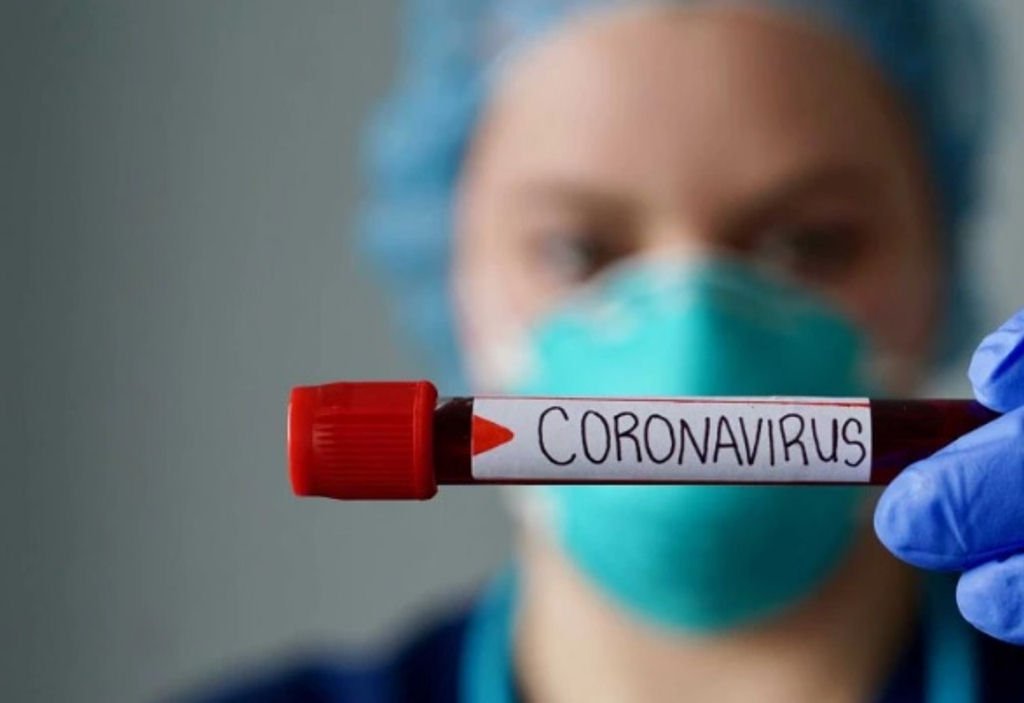 Florida’s latest surge of COVID-19 did little to scare away tourists and snowbirds, state data show, but the influx of visitors and the state’s lack of public case tracking may exaggerate case counts reported elsewhere and undercount them here.

When an out-of-stater catches the potentially deadly respiratory disease in Florida, state health officials don’t report it to the public. Instead, they follow guidance from the Centers for Disease Control and Prevention by sending that data to the person’s home state. Officials from the nonresident’s state report the data to the CDC, which adds the case to the home state’s infection tally, not Florida’s.

State health officials refuse to say how many nonresidents have tested positive for COVID-19, including how many of them have died since Florida stopped publishing those numbers in June.

The uncoupling of infection numbers from their origin could complicate public health response by overstating, or understating, infection rates in given areas, experts say. It also downplays the risk of coming to a state like Florida, which has fought mask and vaccine requirements, as well as other safety measures, and downplayed the efficacy of inoculations.

“I would love to be able to get a transparent, candid answer as to why the state of Florida has chosen to ignore or suppress COVID data,” University of Miami bioethicist Dr. Kenneth Goodman said. “Florida’s population booms during the winter. Why would you not want to analyze data for public health risks?”

Data transparency: How many people have died of COVID-19 in your Florida community? State won’t tell you

The CDC, which collects data from the states, does not distinguish coronavirus cases among people who test positive in their home state from those who test positive elsewhere. And Gov. Ron DeSantis’ administration has indicated it has no plans to resume publishing nonresident  COVID-19 cases.

Out-of-staters accounted for 43,535 coronavirus cases out of more than 2.3 million on June 3, the last time the Health Department reported those figures for out-of-staters who caught the respiratory disease here.

Since then, cases have more than doubled and state health officials still have no plans to publicly report the number of nonresidents who test positive in Florida.

If non-Floridians continued to make up about 2% of infections as they did in June the number of visitors who caught the disease in Florida would be higher than 100,000.

But the federal agency does not collect statistics from Florida or any other state about how many nonresidents test positive, CDC spokeswoman Jade Fulce said. Instead, when someone gets a positive result in Florida, state health officials must inform their counterparts in the infected person’s home state.

Redfern repeatedly refused requests to say how many nonresidents have tested positive for COVID-19 In Florida. He claimed that information is protected under medical confidentiality state laws but did not elaborate. Again, this was information the state had published until early June.

It’s unknown how many tourists and visitors caught COVID-19 in Florida. Neither state nor federal officials have indicated that they conduct contact tracing on those who test positive in Florida.

Plus, health departments for states such as New York, Massachusetts and Illinois — whose residents visit Florida during winter — do not track how many of their residents test positive outside their states.

“If (nonresidents are) still infectious traveling home, they could absolutely be spreading it there,” said University of South Florida epidemiologist Jason Salemi. Salemi regularly tracks statewide pandemic statistics from state and federal sources and is considered an authority on the subject. “Same thing if they are mildly symptomatic, but don’t get tested before going home.”

The 2021-22 snowbird and tourism season, which generally spans from November through April, almost perfectly coincided with yet another spike in COVID-19 cases. Experts say this latest wave was likely the result of the quick-spreading omicron variant of the novel coronavirus.

Given that, snowbirds had every reason to fear that Florida might be a dangerous destination this season, a fact that state tourism officials have also had to address.

One piece of positive news: Generally speaking, this winter’s jump in cases appears to have been less deadly.

COVID-19-related hospitalizations in Florida reached a peak of about 11,600 cases during this latest wave, according to the Florida Hospital Association on Friday. That compares to the more than 17,100 hospitalizations seen during the delta wave last summer.

Such hospitalizations have dropped 30.5% in the past two weeks, suggesting that this latest wave is waning.

The number of infections dropped by 33% statewide with 132,622 reported, about 66,000 fewer than the 198,715 cases Florida saw the prior week. The state has surpassed 5.6 million cases since the pandemic’s start.

Still, hospitalization remains high enough in some parts of the state to keep health centers at or near capacity.

The Lee County-based Lee Health, the largest operator between Tampa and Miami, reached 108% of staffed bed capacity last week. Administrators there warned that wait times in ERs were as high as 10 hours.

Lee Health administrators said last week that the combination of COVID-19 patients, the flu season, and the peak of tourism season had led to a system-wide high of nearly 1,700 patients at its hospitals. On Friday, Lee Health was still at 103% of its staffed capacity.

“We have seen a plateau in the numbers,” said Armando Llechu, Lee Health’s chief of hospital operations. “We have not seen the sharp decline that some other (areas) have seen where it hit a peak and took a huge dive. We are managing what is still a significant number of patients coming to the ER on a daily basis for COVID-related symptoms and patients admitted due to COVID.”

But even as the number of cases starts to subside in Florida, a surge of deaths has followed. State health officials counted 1,324 more COVID-19 fatalities since Jan. 28.

Despite all this, this year’s season seems to have been a success for the Sunshine State.

The state’s tourism board, Visit Florida, logged almost 91.5 million visitors from outside the state in the first nine months of 2021, a jump from about 60 million over the same period in 2020.

The financial website Wallethub now ranks Florida as the seventh safest state during the COVID-19 pandemic, based on its analysis of infection, hospitalization, death and test positivity rates. It was ranked the fourth-worst in the nation less than a year ago.

An earlier Harris Poll, taken during the height of the particularly deadly delta wave, found that 65% of Americans had heard about the spike of cases in the Sunshine State.

But even snowbirds worried about the last two waves of COVID-19 decided to chance it.

Betty Ann Ehasoo and her husband, both vaccinated and boosted, came to their south Fort Myers rental from British Columbia, Canada this year despite their fears.

Both are worried about getting sick and being forced to rely on the high-charging American medical system, said Ehasoo, 76.

But both were ready to escape the Canadian winter for the Florida sun, though they were on the fence about coming, she said. Both have been cautious about being in public.

“Nobody is masking here. You don’t know who you’re sitting next to. People don’t even social distance,” she said. “I just don’t want to get sick and have to go to a hospital here.”

She added that she believes the Canadian restrictions, far more cumbersome than Florida’s, are worth it.

Florida’s lead tourism agency, Visit Florida, did not comment at length about its efforts to attract out-of-state visitors amid the pandemic. But, in a statement, the agency said that it was emphasizing that Florida is a safe place to visit.

“From in-state to international audiences, our campaigns continue to demonstrate that the Sunshine State is home to a wealth of experiences that can be tailored to all comfort levels and enjoyed year-round,” the agency said in an emailed statement. “As a result, domestic visitation to Florida has now surpassed 2019’s numbers, and we are confident that our strategy will deliver even more record-breaking success in the months ahead.”

Are other states tracking?

Public health officials in other states say information about tourist infections is shared nationally, but the reliability of the data varies greatly.

“While we get COVID-19 test results from other U.S. states, it is not necessarily comprehensive or timely,” New York Department of Health spokesperson Sam Fuld said in a statement.

For example, the majority of states send COVID-19 test results for New Yorkers to the state health department through faxes, which is less efficient than electronic data-sharing, Fuld added.

Florida is among the limited states that currently share COVID-19 data electronically with New York, according to Fuld.

New York led the nation in COVID-19 cases at the onset of the pandemic but has dropped to 25th place among the states for infection rates and 34th in death rates, according to the CDC. Florida ranks ninth and 17th, respectively.

Health department officials in Texas and California, two other states with large COVID-19 counts, did not respond to media inquiries for this story.

New Jersey Health Department spokeswoman Nancy Kearney said it receives only “incomplete” information on residents who get infected in other states.

The state of Massachusetts will count a Florida infection as one of their own if the person receiving the test, say, in Florida, uses their Massachusetts address, said spokeswoman Ann Scales.

And herein is the issue:

Frank Gluck is a watchdog reporter with The News-Press and the Naples Daily News. Connect with him at [email protected] or on Twitter: @FrankGluck.