How a free society can respond to right-wing disinformation 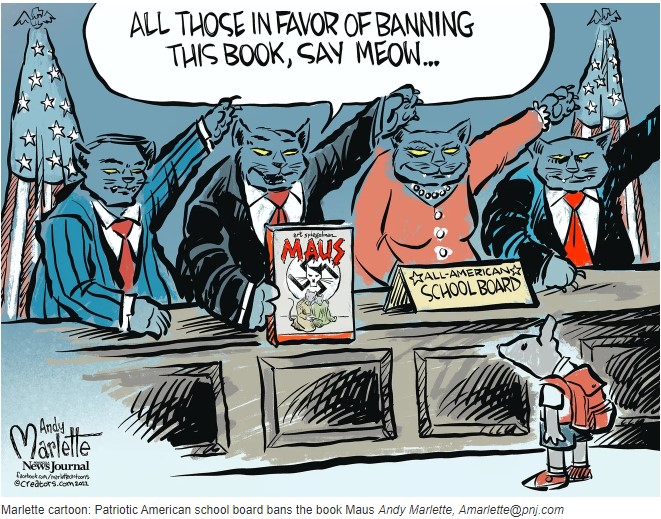 The authoritarian right has mounted a devious, three-prong strategy to control debate, indoctrinate the young and eradicate adherence to objective reality. The tactics are central to a movement that wants to protect the status quo and solidify White dominance over American politics.

First, the right created its own media silo in which lies, propaganda and kooky conspiracy theories replace science, facts and critical thinking. This media environment promotes covid denialism and boosts anti-vaccine sentiments as a means of fighting “elites.” Such patently false dogma is the ultimate assertion of cult-thinking over reality — that doctrine is more important than one’s own life. And, if you fall for that, you’ll fall for anything (e.g., immigrants are criminals, Jan. 6 was a peaceful protest).

Second, the right has rigorously demonized complaints about racism and demands for racial inclusivity as “wokeness” or “cancel culture.” It has targeted private entities that dare to oppose its agenda, such as publishers who cancel book deals with right-wing figures or social media companies that jettison purveyors of misinformation from their platform. Screaming about “wokeness” seeks to disable the strength of social opprobrium so that right-wingers can go on offending and demeaning others. This is often couched as “academic freedom” or “free expression,” mistakes private shaming for state action, treats boycotts of offensive material as “censorship,” and insists private institutions reject commitments to intellectual integrity and equality.

Finally, the right has returned to old-fashioned book banning and state edicts that require education to be inoffensive to members of their own race or religion. Edited history, bastardized science and conformity to a false, comforting narrative make it impossible for a critical, fact-based reckoning with the past.

Put it all together, and it becomes clear that the MAGA movement is besieged and frightened. It knows that it can no longer dominate public institutions and monopolize political power. So instead, it seeks to bamboozle the public, destroy objective reality and disable the means by which those in power are held accountable.

What can a free society that depends on a shared set of facts and multiracial, multireligious democracy do to defend itself?

First, it can counter educational arson by making speech more accessible. School boards want to ban “Maus”? Buy a copy of the book for every schoolchild in that district. Right-wing crusaders want to excise the Rev. Martin Luther King Jr. from the curriculum? Bring in pop culture icons to lead public discussions and provide a complete picture of America’s struggle for racial equality. And, as President Biden did with the Tulsa race massacre, he can use his bully pulpit, public celebrations and monuments to share the history the right would rather bury. (It wouldn’t hurt for him to denounce book banning.)

Second, refuse to normalize lies. Don’t give Jan. 6 apologists and vaccine deniers a free pass on mainstream media. Do not treat the right’s campaign of vicious lies as a function of horserace politics. Be clear about who is doing the censoring. (Media reports that cover the spread of book banning without saying who is banning them disguise the responsible players and suggest the phenomenon is not tied to a political agenda.)

Third, private actors (e.g., book publishers, universities, social media platforms) should reiterate their standards. Not every utterance by a professor warrants a firing, but neither should egregious (let alone repeated) bigotry go unnoticed. Suspension from media platforms should precede expulsion. A more nuanced response to vile speech will reduce cries of victimhood.

Finally, the right’s successful engagement in local politics must be matched by those committed to a free, democratic society. Run for school board. Petition local leaders. Organize rallies and engage in the free marketplace of ideas. The best solution to bad speech is, and always has been, more good speech.

Too many well-meaning pundits have been distracted by the campaign against “wokeness.” Let’s not lose track of the ominous political movement pushing intellectual nihilism and enlisting the state in the service of an authoritarian agenda. That is the principal threat to our democracy.