Liz Cheney: The GOP is at a turning point. History is watching us. 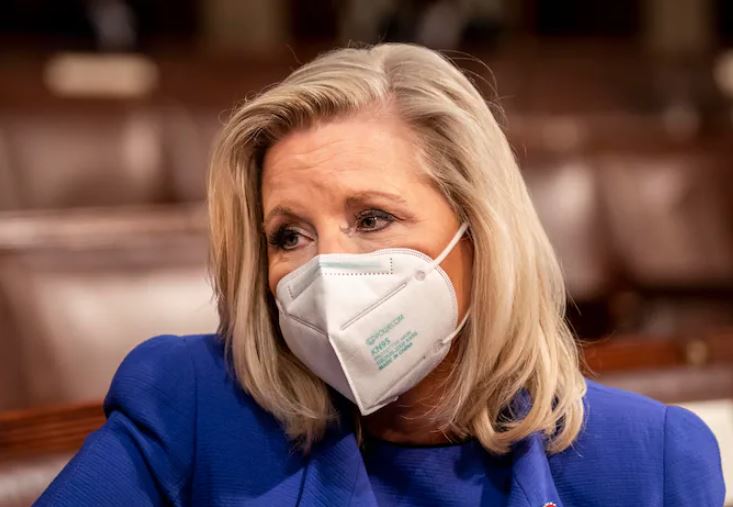 Opinion by Liz Cheney, published in the Washington Post, May 5, 2021

In public statements again this week, former president Donald Trump has repeated his claims that the 2020 election was a fraud and was stolen. His message: I am still the rightful president, and President Biden is illegitimate. Trump repeats these words now with full knowledge that exactly this type of language provoked violence on Jan. 6. And, as the Justice Department and multiple federal judges have suggested, there is good reason to believe that Trump’s language can provoke violence again. Trump is seeking to unravel critical elements of our constitutional structure that make democracy work — confidence in the result of elections and the rule of law. No other American president has ever done this.

The Republican Party is at a turning point, and Republicans must decide whether we are going to choose truth and fidelity to the Constitution. In the immediate wake of the violence of Jan. 6, almost all of us knew the gravity and the cause of what had just happened — we had witnessed it firsthand.

House Republican leader Kevin McCarthy (Calif.) left no doubt in his public remarks. On the floor of the House on Jan. 13, McCarthy said: “The president bears responsibility for Wednesday’s attack on Congress by mob rioters. He should have immediately denounced the mob when he saw what was unfolding.” Now, McCarthy has changed his story.

I am a conservative Republican, and the most conservative of conservative values is reverence for the rule of law. Each of us swears an oath before God to uphold our Constitution. The electoral college has spoken. More than 60 state and federal courts, including multiple Trump-appointed judges, have rejected the former president’s arguments, and refused to overturn election results. That is the rule of law; that is our constitutional system for resolving claims of election fraud.

The question before us now is whether we will join Trump’s crusade to delegitimize and undo the legal outcome of the 2020 election, with all the consequences that might have. I have worked overseas in nations where changes in leadership come only with violence, where democracy takes hold only until the next violent upheaval. America is exceptional because our constitutional system guards against that. At the heart of our republic is a commitment to the peaceful transfer of power among political rivals in accordance with law. President Ronald Reagan described this as our American “miracle.”

While embracing or ignoring Trump’s statements might seem attractive to some for fundraising and political purposes, that approach will do profound long-term damage to our party and our country. Trump has never expressed remorse or regret for the attack of Jan. 6 and now suggests that our elections, and our legal and constitutional system, cannot be trusted to do the will of the people. This is immensely harmful, especially as we now compete on the world stage against Communist China and its claims that democracy is a failed system.

For Republicans, the path forward is clear.

First, support the ongoing Justice Department criminal investigations of the Jan. 6 attack. Those investigations must be comprehensive and objective; neither the White House nor any member of Congress should interfere.

Second, we must support a parallel bipartisan review by a commission with subpoena power to seek and find facts; it will describe for all Americans what happened. This is critical to defeat the misinformation and nonsense circulating in the press and on social media. No currently serving member of Congress — with an eye to the upcoming election cycle — should participate. We should appoint former officials, members of the judiciary and other prominent Americans who can be objective, just as we did after the attacks of Sept. 11, 2001. The commission should be focused on the Jan. 6 attacks. The Black Lives Matter and antifa violence of last summer was illegal and reprehensible, but it is a different problem with a different solution.

Finally, we Republicans need to stand for genuinely conservative principles, and steer away from the dangerous and anti-democratic Trump cult of personality. In our hearts, we are devoted to the American miracle. We believe in the rule of law, in limited government, in a strong national defense, and in prosperity and opportunity brought by low taxes and fiscally conservative policies.

There is much at stake now, including the ridiculous wokeness of our political rivals, the irrational policies at the border and runaway spending that threatens a return to the catastrophic inflation of the 1970s. Reagan formed a broad coalition from across the political spectrum to return America to sanity, and we need to do the same now. We know how. But this will not happen if Republicans choose to abandon the rule of law and join Trump’s crusade to undermine the foundation of our democracy and reverse the legal outcome of the last election.

History is watching. Our children are watching. We must be brave enough to defend the basic principles that underpin and protect our freedom and our democratic process. I am committed to doing that, no matter what the short-term political consequences might be.