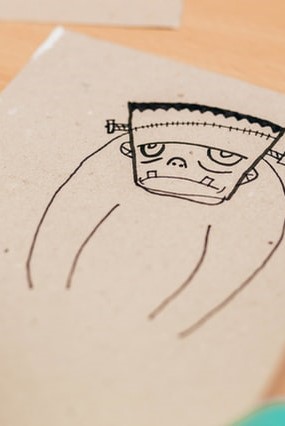 The emerging challenges to American democracy are not just the political equivalents of Frankenstein-like creations of a corrupt president. Spineless obeyance from his supporters in the United States Senate and Florida legislature has buffeted Trump’s brazen assaults.

An accomplished former GOP strategist, Stuart Stevens writes, “Today the intellectual leaders of the Republican Party are the paranoids, kooks, know-nothings, and bigots who once could be heard only on late-night talk shows.” Stevens further believes “Trump’s crudeness has stripped the veneer from familiar Republican themes concerning social order, values and even economic policy… they’ve now curdled into content-free bludgeons to preserve power for the dwindling ranks of white conservatives in a rapidly-diversifying America.”

And this is coming from a former Republican strategist who now admits his work was all a lie!

Stevens acknowledges “many will argue that my view of the Republican Party is distorted by my loathing of Trump. The truth is that Trump brought it all into clarity and made the pretending impossible.”

Diane Roberts, in the Florida Phoenix, laments that “some Republicans were actually deep believers in racial equality, women’s rights, and environmental stewardship. Sadly, Florida is rich in examples of how far the Republican Party has fallen and how violently it has rejected its older, better, anti-racist, anti-sexist self.”

The Party of Lincoln is dead. It has been replaced by the party of Trumpism created by a mad “political” scientist in the laboratory of the United States Senate.

Trump has perfected a formula that began with Ronald Reagan.

We all likely remember the concept of trickle-down economics. Its very name implies subservience of middle and disadvantaged classes to the ruling one percent of deep-pocket Republicans and big business.  Aside from the insulting connotation, this “economic” concept served as a tool to whip those not in the “one percent” into stagnating on lower rungs of the economic ladder and patiently wait for hand-me-down opportunity.

The extra ingredient in Trump’s new improved formula for Republican doctrine is fear.

Stevens points out “white fear is now the rallying cry of Trump’s bid for a second term. He has rolled back fair housing regulations he claims would destroy suburban neighborhoods, falsely accused Biden of seeking to defund the police, warned mail-in voting would rig the election, and sent federal officers to battle Portland street protestors in the name of law and order.”

Following in the footsteps of their dictatorial leader, Republicans have consistently feared helping the American people. They remain fearful that their generosity and support of policies and programs assisting Americans struggling with economic insecurity in pursuit of the American Dream will dilute the new alchemy of Trumpism.

Regardless of the legislative issue, health care, housing, education, banking, or the environment, antipathy for racial and economic fairness motivates Trump and ignites support from Republican enablers and radical, right-wing conspiratorial groups.

White supremacists have been clapping since the 2016 election.  After all, as compassionately stated by our president when he reflected on the 2018 Charlottesville protests “there were very fine people on both sides.”

But wait. Is that Blue Karma knocking on the doors of the oval office and the United States Senate?

Welcome to our world, Mr. President!

Trump himself now exhibits a shaking-in-his-boots political fear that he will lose this election… a fear shared by many of his Republican enablers. But Republicans, unlike Americans now threatened with eviction, will still have a roof over their heads and food on their lavish banquet tables even if they lose.

There is a literary corollary to Trumpism. Mary Shelly’s story of Frankenstein describes the creation of a monster that allegorically represents xenophobia.  Dr. Frankenstein’s fear questioned what his monster would do, the strength of its potential to do harm and if it would obey the wishes of its creator.

Unfortunately, the answers to these questions arising from our own contemporary story are now evident.

Don’t let the opportunity to rebuild America pass you by.